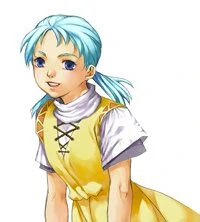 The Castlevania series doesn't always treat its female characters that well. Sure, as the series goes on more female heroes are added into the mix, culminating in Shanoa headlining her own title. But for much o the series ladies have been shoved into damsel in distress roles, and that's no different here in the "Director's Cut" version of Castlevania for the N64, Castlevania: Legacy of Darkness. While the original game featured heroine Carrie on her own quest, this game instead focuses on werewolf Cornell heading into Castle Dracula to save his kidnapped sister, Ada.

While using a kidnapping is a hoary old trope, the motivator for so many heroic quests of manly men doing manly things (see also: Castlevania Dracula X: Rondo of Blood), it does already feel a little rote here at this point. With all of the kidnappings in the series (also see: Haunted Castle), a different motivator for our lycanthropic hero would have been nice to see. Having it be Cornell's adopted sister does put a slightly different angle of the kidnapping, but not by much.

Still, at least Ada doesn't die in this one (unlike poor Sara over in Lament of Innocence. It's the little things that show progression for this long-running series. 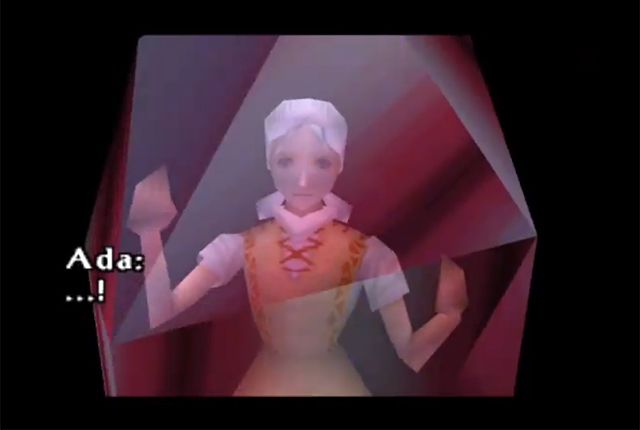 Having grown up together, Cornell and his sister, Ada, were inseparable. That was until Cornell came into his werewolf powers and had to go off to train to use them, to be a defender for his lycanthropic village. This meant leaving his sister behind, hopefully in the relative safety of the village, but a hero has to train and Cornell needed to gain control of the powerful beast within.

Unfortunately, while he was off training, Cornell's friend Ortega, had other plans. Jealous of Cornell, if his friend's status and the power he held within, Orgeta looked for a way to knock Cornell down a peg. When the forces of Dracula came calling, led by the Death, Ortega was easily led astray, succumbing to the lure of the forces of darkness. Told that he could get rid of Cornell, if only he had the right lure, Orgeta stole away Ada while their old village burned behind them.

When Cornell felt the imbalance at home, he dropped his training and came running, finding his village burning and his sister missing. Following Ortega's trail, Cornell is led to Castle Dracula, forced to fight his way through the tower to find Ortega and Ada. Once he finally climbed his way to the Clock Tower, coming face to face with Ortega who challenged Cornell to a battle. Ortega was filled with Dracula's dark gift, made more powerful than he had ever been before, but Cornell, even still, was stronger, besting the beast and killing his one-time friend.

However, when he found Ada, unconscious within the Clock Tower, he was prevented from saving his sister as Death arrived and stole her away, sealing her within a red crystal. This forced Cornell to fight his way to the top of the Castle, all for a final confrontation with Dracula. Here, the battle raged hard, with Dracula and Cornell equal matches in power. In the end, to defeat the vampire and save his sister, Cornell was forced to give up his lycanthropic side. This broke Ada free, and he was able to carry her away to safety. However, by giving up his powers he actually gave Dracula exactly what the vampire wanted: the power to create a new host and once again gain life eternal.

Freed of Dracula's Castle, the two siblings fled, now homeless but safe. Although Cornell had come to learn over the course of his quest that he wasn't actually related to Ada, this was a fact that she already knew, deep down. Even without the bonds of blood, they vowed to stay together for the rest of their lives, safe and away from the forces of evil.

It's worth noting that some interpret the vow Cornell and Ada make to be like the bonds of marriage, not illegal since they aren't actually related, but still a little creepy since they grew up together. I guess to each their own, but we'd still prefer it if this wasn't a (potential) plot point of the series.