This week I suppose I have to start us off by acknowledging that Konami has announced their plans for celebrating the 35th anniversary of the Castlevania franchise and it is NFTs. I'm not going to link over to Konami's announcement or say anything else about it past this post, I just wanted to take a moment to state that NFTs are scams and it's pretty sad that Konami (like so many other game companies) has gotten involved with them. Oh well.

Meanwhile, if you want a good way to celebrate this year, Limited Run Games is publishing a physical copy of Castlevania: Requiem. It is PS4 exclusive (presumably because of some license deal between Konami and Sony) but anyone that absolutely needs to have a physical edition of every Castlevania release (I'm one of those people) should be happy to have this. Now, Konami, put out Adventure ReBirth in some physical form!

Onto real content for the site, we start off in the Arsenal section with a discussion of swords. This is one of the lengthier pages and it also inspiredme to go back to the polearms page and adjust that as well with more information. We also go into the Locations section, first for an update to The Village to add the bosses for each stage to the information provided, and then to put up a new page for the River.

We then cover a couple more Bios from the Netflix show, doing updates for Hector and Isaac. While this doesn't finish out the bios for that series, we do have complete coverage for the Council of Sisters side of the series, which I am quite please about.

Then, in Literature, we continue our run through American Vampire with a look at Volume 2. This volume still shows many of the strengths of the series, but this prticular book has a lack of focus that, hopefully, the series is able to recover from.

And finally we head into Horror Cinema for a review of 2010's The Dead. This is a film that really understands slow zombies and uses the monsters effectively. However, the character drama and deeper story just isn't there. It's a solid zombie trip but not a film I think everyone will enjoy. 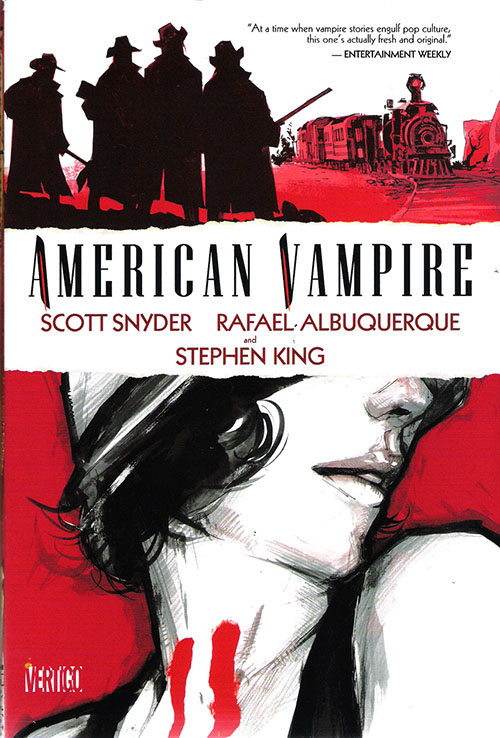 We're going to try and do weekly updates once again, make sure this site gets nice and fleshed out. I'd love to see the Cast Bios, Arsenal, and Locations sections all get completed out by the end of the year, so part of the goal is to make sure each of those pages gets at least one update each week. Steady progress!

To that end, let's begin with an update for the Arsenal section, where we provide a length discussion on the Alucard Spear before touching upon various other polearms as well. We also have an update for the Locations section discussing the Village on the outskirt's of Dracula's realm. It's really two villages, Warakya and the burning Aljiba, and we touch upon both.

This is then followed by updates for the Bios section as I finally get back to doing the necessary work of covering the Netflix Anime. We have bio updates for Carmilla, Morana, and Striga to bring them all up through their stories in fourth season (although admittedly Morana's and Striga's updates are the same as they had he same storyline in the fourth season).

We then move to Reviews for a look at the Konami GB Collection, Vol. 1, the Game Boy version. This set is pretty bare-bones, but not bad for what it is. There is also a Game Boy Color version, but we're going to review that separately (since there's enough differences between the two to warrant two reviews).

Meanwhile, over in Literature we have a new series added in: American Vampire, a great comic with an interesting idea. We start that series off with American Vampire: Volume 1 and I'm already deep into reading the series so expect more updates to come.