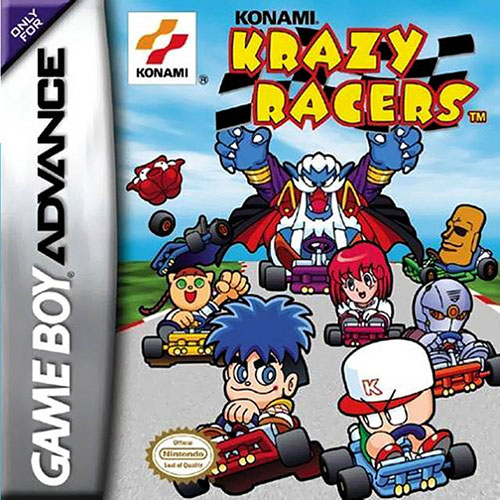 Nintendo has been a market leader when it comes to mascot-starring games. They've managed to take their popular characters, from Mario and his crew to Link and Zelda, Samus, Kid Icarus, and more, and work them into a variety of games far outside the context of their original adventure. It happened basically as soon as Nintendo had a mascot, the famous Jumpman (who eventually became Mario) who was then thrust into everything, from being a golfer to a construction worker and a referee in various sports games, all while still starring in other platforming adventures. Many of these titles then went on to launch their own franchises, often featuring the mascots in new and crazy ways.

No series better illustrates that point than the Mario Kart series. While Nintendo wasn't the to first to make a Go Kart racing game (that honor goes to Sega with their arcade and home computer title Power Drift), Nintendo did manage to perfect the formula in such a way that it blew past all the previous racers (almost as if it had rubber band physics). Nintendo added in vehicular combat, and their own mascot characters, creating not only a smash success game with 1992's Super Mario Kart but also showing all the other companies there was money to be made in this genre. Soon every franchise had to have their own kart racer, from Sonic to Crash Bandicoot and even South Park. Hell, Nintendo got a second kart race going in the form of Diddy Kong Racing. It was a gold rush.

Konami, naturally, wanted in on that money, but instead of making a kart racer focused on any one of their properties, they went the Parodius route and mashed all their mascot franchises together. That led to Konami Krazy Racers, a game very much in the spirit of the original SNES Super Mario Kart, just with the expected Konami flair and characters thrown in.

At first blush the game plays a lot like the SNES (and later Game Boy Advance) play on Mario Kart. The player has a selection of racers to choose from, each with their own strengths and weaknesses. Goemon is a more balanced character while Dracula is a heavy character that's slow off the line but has a much higher top speed. The player is tasked with taking their kart racer through a set of four courses per cup, getting a trophy in that cup to then gain a new license and unlock the next set of course. There are 16 tracks total in the game, broken among four cups, and the goal is, of course, to get a gold in each of the cups and be the best racer in the circuit. 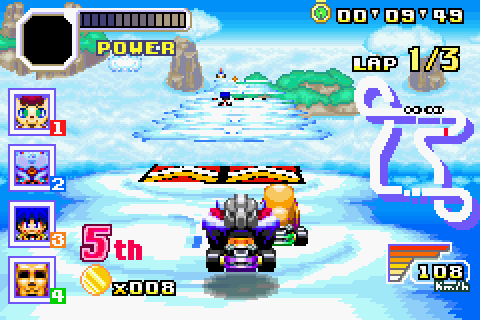 To create the 3D racing feel on the Game Boy Advance, Konami went to the same well as Nintendo: Mode 7. The game's courses are flat, sprite-based tracks that are angled and oriented on the Mode 7 plane, allowing the sprite-based racers to drive around the track in a faux 3D space. There are gaps and jumps in the courses, but no hills or dips of any kind, keeping the tracks purely 2D (with a solid illusion all the same). All the same basic stuff as set out by Nintendo with Super Mario Kart.

The courses themselves also don't deviate too much from Nintendo's setup. This game features 9 different worlds with courses set in those worlds of varying difficulties. That's a few more worlds than what was featured in Super Mario Kart but still a few less than sequel Mario Kart: Super Circuit, releases also in 2001 and which had 20 courses with only Bowser's castle repeated across its five cups. That put Konami's version a bit behind the market leader that same year.

When it came to the racing, Konami did have a few tricks I appreciated. The basic mechanics felt the same as with Super Mario Kart, including the vehicular combat, but that also meant it was a smooth and enjoyable experience. Better was that the annoying rubber band physics (i.e., you can be in the lead and suddenly a racer comes out of nowhere to pass you) that are a staple of the Mario Kart franchise are either tuned down or omitted entirely for Konami's iteration. I found this to be a fun and enjoyable experience not just on Easy Mode (the equivalent of 50 CC) but also Normal (100 CC). I can't always say the same with the Mario Kart games.

I did appreciate that Konami tried to innovate a little with the power-ups. There are both red and blue bells on the courses (the bells being a nice touch to Konami's own shooting game power-ups), and while the red bells gave the expected combat powers, the blue bells increased the speed of the kart. There was strategy here, deciding if you wanted to take a power-up to defend against an opponent, or increase the speed of your kart and try to out-distance them, knowing that if you had to slow down or stop your speed boost would disappear. I appreciated the strategy of it all and found I had to think fast when racing to decide on my next course of action. That's something I think Nintendo should actually steal from Konami. 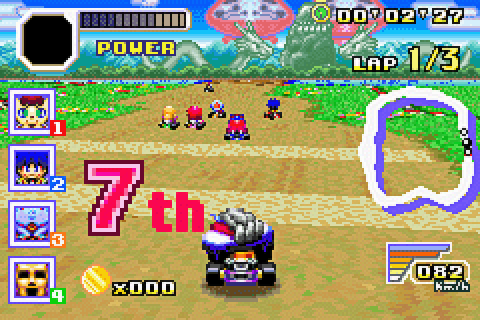 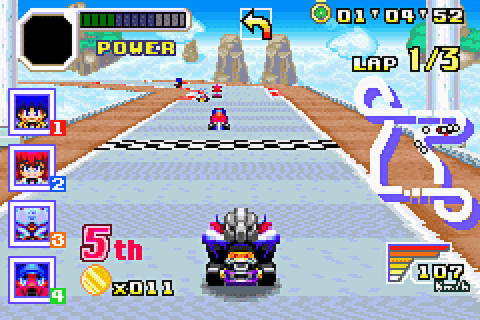 With that said, the actual combat power-ups were nothing special. You had straight shoot blue missiles, homing red missiles, an invincibility power-up (like the Mario Boo), an invincibility power-up, and all the rest. It's nice in one regard because you can parallel them to power-ups you already know and get right into racing, but at the same time I would have liked a little more "krazy" in my racing roster. Hell, none of the characters have any special abilities of their own, making them feel much more generic than I would have liked.

Honestly, I would have liked more Castlevania in this mascot game. It's nice to have Dracula included in this whole deal, but a Belmont wouldn't have gone unappreciated as well. And while Dracula's castle featuring in the distance of Magma Castle 1 & 2 is nice, as is the inclusion of "Beginning" as the musical track that plays on those courses, it also feels like a carbon copy of the Bowser's Castle course from Nintendo's racers. It doesn't do enough to feel like Dracula's Castle to really count. The Castlevania content simply feels thin and slapdash.

You can see the template Konami was following when they made Konami Krazy Racers: look at Super Mario Kart and then do the same. It works, there's no mistake about that, but Konami hardly innovates with this iteration. If you were looking for a solid kart racer on the Game Boy Advance... you probably bought Mario Kart: Super Circuit. But if you wanted two, maybe because you were tired of the Mario Kart courses and needed a backup, then Konami Krazy Racers had you covered. It wasn't anything really different or truly special, but it did at least provide a good "more of the same" game for fans of the genre. There are worse kart racers out there and Konami at least stuck true to the mark.