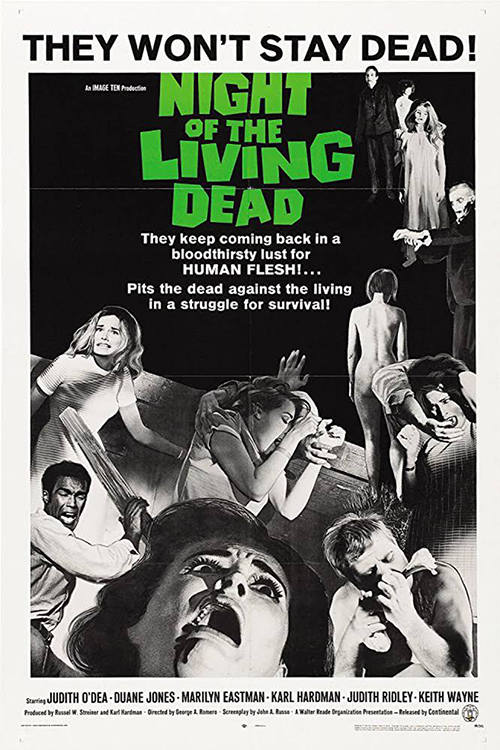 I have to admit the quiet shame of my horror movie existence: despite the fact that I love zombie films, and I would agree with most that Romero is a master of the sub-genre, I really don't like Night of the Living Dead. Admittedly it wasn't the first zombie film I ever saw (I saw Day of the Dead at the tender age of seven, which may be part of the reason I like that movie best as it was my first), but the original film in the loosely-connected series feels so rough, like a first draft of a series in comparison to what would come after.

I do recognize the effect this film had at the time. When you compare it to other horror films of the era, Night of the Living Dead is different -- gorier, scarier, darker -- than most other films. It pushed against the cultural norms for cinema at the time and then went right past, showing us stuff you wouldn't expect in any other film (the Hammer movies of the era got away with pensive looks and a little fake blood while here we have a zombie eating on a liver while another skitters around with entrails). Hell, it wasn't until 1968 (the year this film came out, note) that the Hays Code (which set the acceptable standards for what could be shown in a movie) was finally dropped. This film, one of the last to technically fall under its auspices, benefited from the lax standards in comparison to even a few years earlier.

From that perspective, Night of the Living Dead is a trend-setter, an absolute stunner of horror and gore. Sure, this film still gets by with a lot of cut-aways and angled shots to conceal much of the blood and gore. Part of the reason it was filmed in black and white, to be sure, was so that the blood and viscera would be harder to see, letting the film scrape past any lingering standards so it could have its disembowlings (and eat them too). But at the same time you have ghouls, eating flesh, with the film frankly admitting them and throwing it right in your face. In comparison to the horror of Universal (and even Hammer) it's miles above in that regard.

At the same time the film isn't afraid to get political. It's clearly obvious why, in 1968, the hero of the story is a black man, Ben (Duane Jones). Yes, Barbara (Judith O'Dea) is the first character we're introduced to, a woman riding to a grave site with her brother Johnny (Russell Streiner), but after she flees the ghouls that attack her (and her brother, killing him) and she ends up at the farmhouse that serves as our central location for the story, it's Ben (there after avoiding his own run in with ghouls) who takes over and leads the film. And its Ben who serves as our hero throughout it all until he's the last man standing. And, as is Romero's way, Ben is, of course, killed in the last scene by a gang of rednecks who mistake him for a zombie. 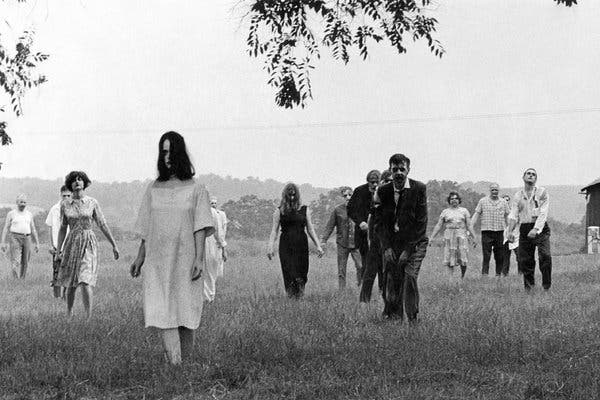 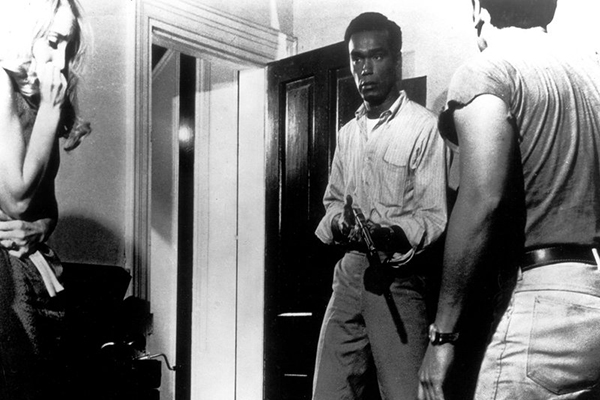 Or do they? That's the little twist the ending asks without ever spelling it out. Yes, the film makes it look like he's killed because the sheriff and his posse thing he looks like a zombie as he's slowly walking outside from inside the house. And yet, at the same time it's a bunch of white men shooting a single black man, they never refer to him as a ghoul, and as the credits roll and the film lingers you get shots of them slowly dragging Ben out of the house that make it look very much like a lynching. It's pretty clear what Romero was going for from that perspective.

These are all the things that work well in the movie, and yet there's a lot that's always kept the film from jelling for me. A lot of it has to do with the pace which is rather slow and just a touch too methodical. The movie takes a lot of time to do anything, with the characters sitting around, often simmering at each other because they're all tired and stressed out and want to fight something but they can't fight the hordes of the dead. I get it, but that doesn't make it thrilling to watch. And then when you put the long montage of them watching the news in the middle of the movie, a good ten minute chunk of the movie, all the energy of the film drains away.

On top of that we have Barbara, the worst character in the film. This is a character fixed in the 1990 remake (which I think is a major reason it's the superior film, personally) but here, in the original film, Barbara is a complete waste of space. Yes, she sees her brother get killed right in front of her and, understandably, goes into shock for a little while. But she never recovers, sitting like a hollowed out chunk of meat on a couch for the rest of the runtime. He job is to get us to the farmhouse so we can meet all the other characters, but then she takes a backseat and never becomes useful again. The film cuts to her regularly, but she doesn't do anything. It would have been better if, within minutes of her meeting Ben, she was killed so we could focus on characters that actually mattered.

Ben, by comparison, is a great character. Calm and reasoned, with just enough of an edge, Ben is a classic hero and the man that will get the group through this crisis (if only they could keep their own shit together). Romero making Ben black is a great twist and a definite poke in the eye of the movie producing establishment. This is a character that, even a few years earlier, would have been white, would have survived his movie, and probably rode off into the sunset on a horse having single-handedly defeated the zombies with a six-shooter and his bare chest. The movie eschews that, but it still gives Ben the proper hero role. The fact that it slots him in and then kills him plays to that convention Romero was poking at, to illustrate the stupidity of humans and how, even in a terrible situation like this, we can still act awful and cruel and racist. That's a message I respect. 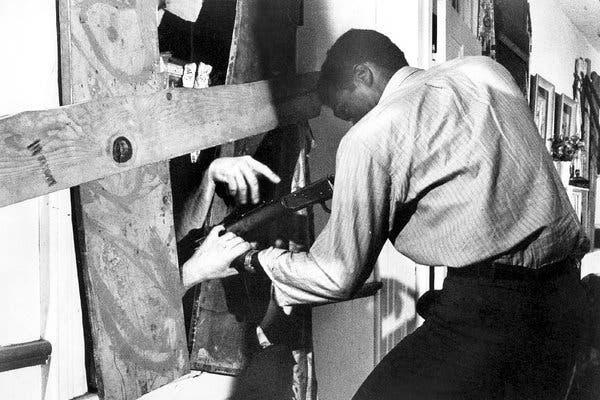 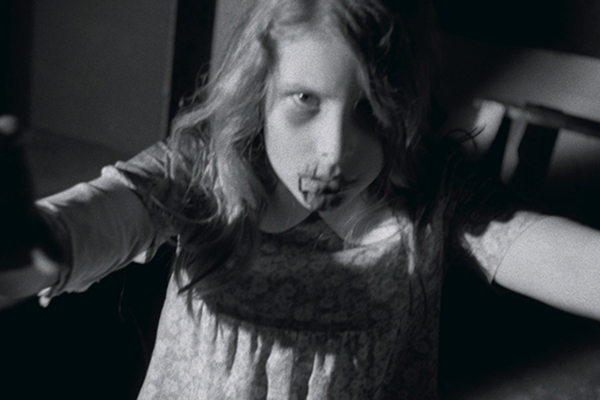 I just wish it appeared in a film that had a better grasp of what to do with everything outside of Ben. Most of the characters aren't great, thin and under-developed (even if they're all better than Barbara), and that bad pacing really holds the film back especially when we have no one other than Ben to latch on to. If more of the characters were interesting, or if the film moved a slightly faster clip, this first film in the series could have really come together. For me it's only really noteworthy for launching the series that, with sequel Dawn of the Dead, would really get good later on. Here, though, it just doesn't quite nail it.

The 1968 Night of the Living Dead is a noble failure. It tries, at times it almost succeeds, but by the end of it the film really fails to give the great zombie action or thrilling scares we expect from horror cinema. It's Romero's first attempt, and I appreciate what he was going for, but I'll stick to his second and third film instead (along with the 1990 remake) if I want really solid zombie action.