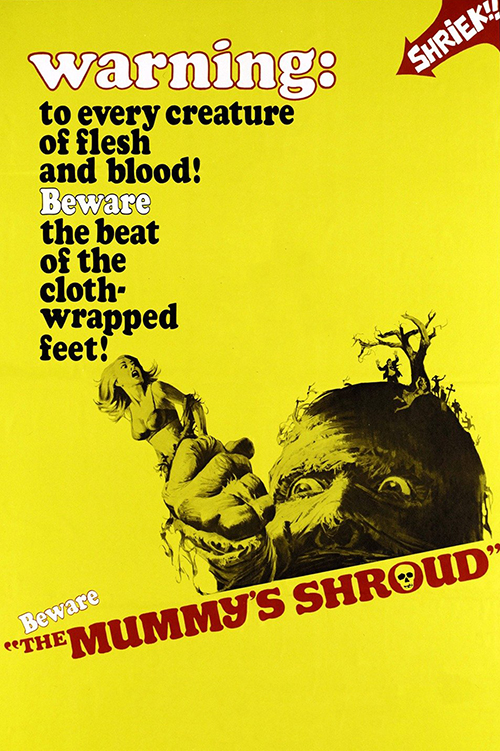 It's hard for me to fathom why there are so many Mummy movies. It would make more sense to me if there were innovation in the storytelling, finding different ways to tell the tale of a creature brought back from the dead who wanders around seeking revenge against those who awoke it. Dracula has managed to innovate pretty regularly, and there are any number of Carmilla and Frankenstein films that are least try to do something new with the material. But when it comes to the Mummy, at least up until the 1999 The Mummy, the storytelling feels so formulaic.

If you haven't read my previous reviews of the Hammer Mummy series (or the Universal series before it), what I mean by "formulaic" is that all the films follow the same exact path. Archaeologists (technically Egyptologists, I suppose) head out to the sands to find a lost temple of crypt or whatever. Finding some mummy lost to the sands of time and legend, they uncover the secret tomb filled with glorious treasures. Unfortunately there's also some kind of curse on the place and, having opened the tomb they've also awoken the mummy within. Soon after the mummy rises and makes its way through the archaeologists, one at a time, killing each of them before shambling off into the night once more. And, usually the people die simply because they stand around in shock as the mummy moves so slowly towards them when, if they'd simply run (or even walked) away, the slow, shambling beast would have been utterly unable to catch them. It's pathetic.

Sadly, The Mummy's Shroud, third in the Hammer cycle of Mummy films, does little different with the material. Here the archaeologists, David Buck's Paul Preston along with Elizabeth Sellars's Barbara Preston and Andre Morell's Sir Basil Walden, find the tomb of a long-dead prince and do their usual desecration, looting the tomb of its treasures in the name of "science" and "history". The one big difference this time around is that the team is initially lost in the sand and it's only when Preston's father, John Phillips's Stanley Preston (a righteous and entitled rich prick if ever there was one), comes to their aid that they managed to get the expedition back on track and find the lost tomb.

Of course, we have to have a mummy, because otherwise what would be the point of this whole thing, and we get it in the body of the child-prince's faithful manservant. By using the power of the mummy's shroud (title drop), protector's of the prince's tomb are able to raise the manservant and have him go out and kill, once again ripping through the people that desecrated the tomb, one by one, to have their revenge. The Prestons will have to think quick if they are to have any hope of surviving this undead threat. 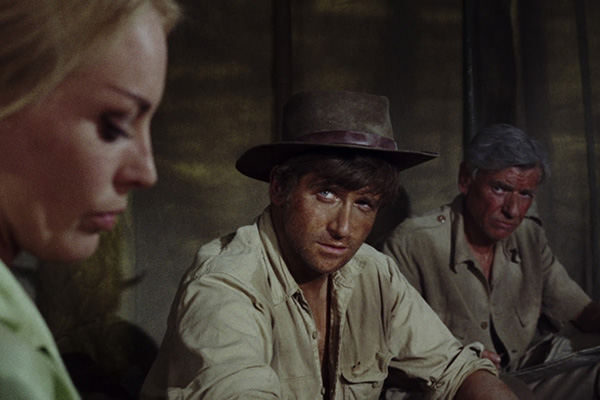 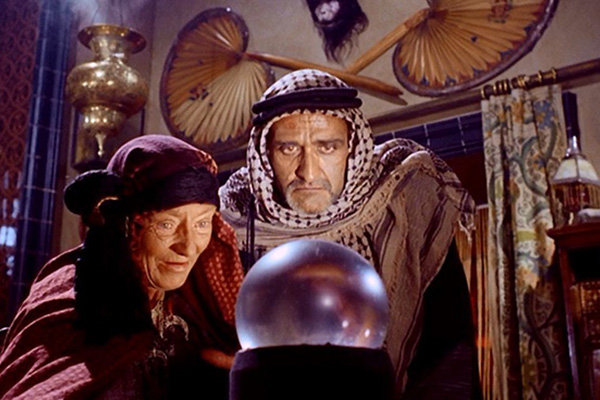 The reason I highlight the father, Stanley Preston, is that he's the only interesting part of this otherwise rote mummy film. His character is an arrogant ass, a complete jerk to everyone, someone clearly asking to be killed in the third act as a form of catharsis and retribution. He adds some life to the proceedings, some needed zest to shake up the formula, and he gives us someone to hate, which is more than I can say about anyone else in the whole film.

The rest of the characters are your bog standard filler for this kind of film, the usual collection of heroes and intellectuals who you know are the good guys because they're white, clean-cut, and square-jawed. No one, outside Stanley, has any real life to them as the film basically writes them to go through the motions of a film like this. Our heroes are heroes, despite the fact that they did in fact raid a tomb and steal its cultural artifacts, so we have to cheer when they somehow survive the evil natives and their mummy.

This is really where the film falters for me. Back in the day audiences probably accepted that white people were treated as the heroes and brown people were evil -- awful stereotypes of the day, to be sure -- but going back and watching this film now, I cringed every time the villains, such as they were, showed up. The villains, a swarthy protector of the tomb and his gypsy-style mother, are such over the top caricatures, awful racist stereotypes designed to make us hate them because they play on the audiences white fears. They aren't characters, they're propaganda given lines. The film couldn't have been much worse with their characters if they'd painted all the Egyptians up with brown-face (which is something these films have done and probably will do again in the next movie). It was amazingly offensive.

But then this wasn't a film that wanted to treat anyone outside the British culture as a bad guy. Nor did it want to explore the fact that the British archaeologists were wrong to open a forbidden tomb, nor that the guys that had spent generations protecting its secrets might want to kill everyone who had been involved so the tomb could, once again, be sealed up properly to ensure the safe afterlife of the boy-prince. This is a simply story and any complexities (like right and wrong) are brushed aside so we can have a mummy stalk the streets killing our "heroes". 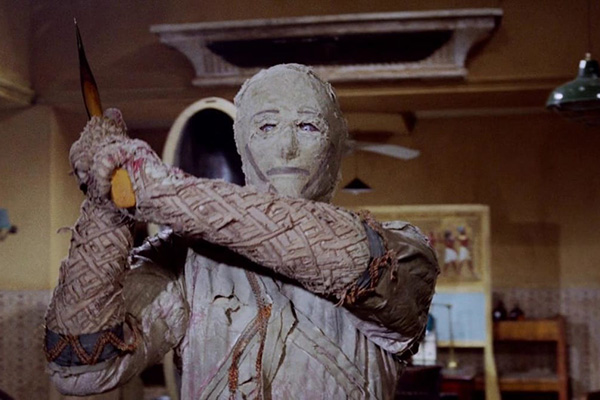 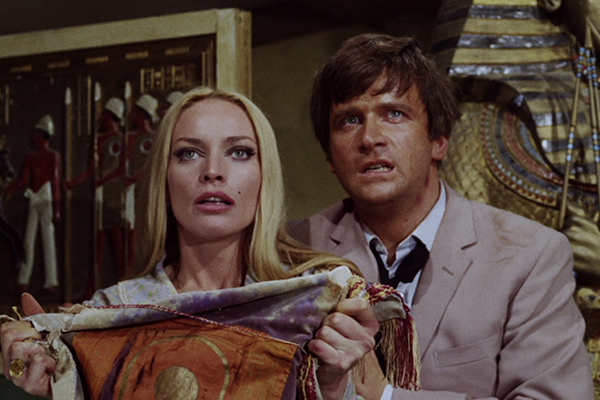 The fact is that there aren't any thrills to be had with this movie. The mummy is once again a tedious bore, the "villains" are so broad and over-the-top I didn't care about them at all, and all the heroes are flat and awful. The only character I found interesting was Stanley, and he's the only reason I enjoyed this film more than the previous two in the Hammer cycle. His death at the end of the film is inevitable and just, sure, but once he dies the film loses whatever energy it had. When the jerk character is the one good part of the movie, you know you have a problem.

This is a bad movie, but it's no worse (and, honestly, slightly better) than the two movies that came before it. It's still not something I'd ever want to watch again, and it does a bad job of being even a mediocre Mummy film. So far, Hammer has scored an 0-3 when it comes to these films with only one to go. I think it's pretty clear at this point that I have little hope of them getting any better, not when the best film of the lot is this racist, tedious piece of garbage.