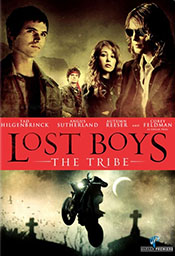 Chris (Tad Hilgenbrink) and Nicole (Autumn Reeser) have fallen on hard times: their parents died not too long ago, and Chris had to quit the professional surfing circuit (where he made all his money) after he flipped out during a competition -- and lost all his sponsors. The two of them move to Santa Carla so they can rent a cheap apartment from their Aunt Jillian (Gabrielle Rose).

It's not long after moving to Santa Carla that Nicole falls in with the wrong crowd -- a group of retired surfers who spend all nights partying and surfing; little does Nicole know that these surf-punks are also vampires. When she starts to turn into a vampire herself, it's up to Chris to team up with Edgar Frog (Corey Feldman), vampire hunter, to destroy the head vampire (Shane, played by Angus Sutherland) and save his sister.

If this movie sounds like a simple rewrite of the first movie, it practically is. Although some situations and dialogue are different, it ends up feeling like the same exact movie... just with worse actors. The script is so very much like the first movie that you can practically watch the two side by side and see action beats line up.

This wouldn't be such a big deal if the acting was better. Sadly, there's no one (absolutely no one) that can match any of the actors from the first flick in acting power. Angus Sutherland has a lot of the movie to carry on his shoulders, but he has none of the menace or gravitas of his older brother. The rest of the characters range from flat (the two siblings) to down-right annoying (the rest of the vampire clan). 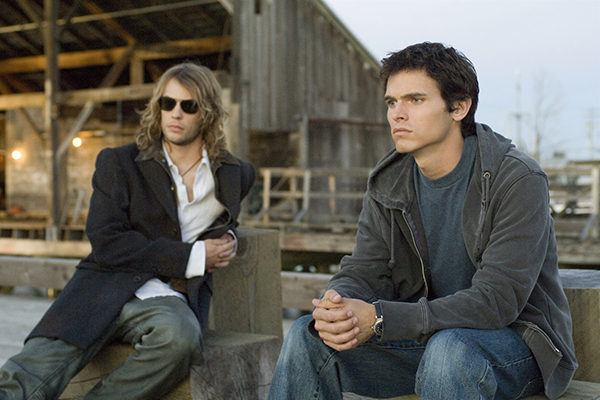 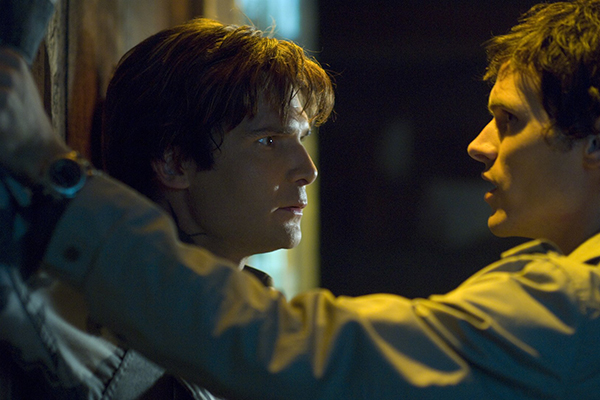 The only stand out performance is Corey Feldman, who brings a much darker (than the first movie) Edgar Frog to the party. I found myself waiting for his scenes, as he was able to chew up screen even when his lines were absolute trash.

I don't know why this movie was made. It's not like anyone was itching for a sequel (the first flick is a B-movie cult favorite, but you can almost never recapture that cult-movie magic with a sequel). This was simply a two decades late cash-in on a movie that really can't be cashed-in upon. Unless you are truly a fan of the first movie, there's little reason to see this sequel -- and even then, you will leave disappointed.

A comic book mini-series, Lost Boys: Reign of Frogs, was released just before Lost Boys: The Tribe came out on DVD (it was a direct to video release). The story takes place between the first and second movies, helping to explain where some of the characters ended up between installments. It's not very good, and really only of interest to completionists (which is a group that includes all the editors of the Inverted Dungeon).