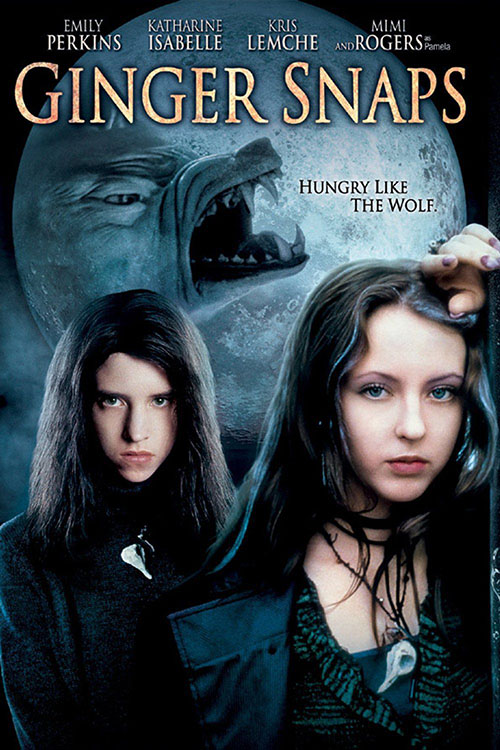 Vampires are a creature that is often used as a metaphor for other things. A film like The Lost Boys might make a joke about how teenagers also sleep all day and wander around in sunglasses at night, but the allure of vampirism, combined with the desire to be young and fight against authority, is a strong one. Vampires can represent sex and the desire to live forever, the fight against aging, the quest for power, and just about anything else you can think of. People want to be vampires, but they most certainly don't want to be werewolves.

Werewolves aren't always used as a metaphor. They are a monster, something to be fought against. But when you think about them they can be used, in their own way, to reflect back the human condition. That's how the 2000 horror film Ginger Snaps uses them, as a reflection of the teenage experience. When you get bitten you start changing. Your body gets more hair, you mature, your urges take over. The Lost Boys might have joked about the way teenagers are like vampires, but Ginger Snaps is all about using lycanthropy as a stand-in for puberty, as well as the horrors your body's changes can cause to your own state of mind. It's a more interesting delve than I've seen from a horror film in some time.

In Ginger Snaps we're introduced to the Fitzgerald sisters, Ginger (Katharine Isabelle) and Brigette (Emily Perkins). Ginger is the older of the two, but the two go to the same grade in high school because Brigette skipped a grade. They're social outcasts, goth weirdos, and they're absolutely obsessed with death. The have a suicide pact which essentially amounts to both of them dying if being sixteen (for Ginger) continues to suck. Things do, in fact, continue to suck, although not in the way any high school could have envisioned.

One night, while out pulling a prank on some mean girls, Ginger is attacked by a wild animal, one that has been killing the neighborhood pets at night. She gets dragged off, much to the horror of her sister, but somehow survives the brutal mauling. Her body quickly heals, but it also grows weird fur around each of the wounds. Pretty quickly Ginger begins to change, becoming more outgoing, dressing more provocatively, and suddenly expressing interest in boys. She chalks it up to puberty finally taking over, but Brigette suspects something far more sinister: lycanthropy. With the help of a local stoner, Sam, Kris Lemche Bridgette tries to find something herbal that can cure Ginger and bring back the sister she loves. It just has to happen before Ginger changes completely as then it'll be too late. 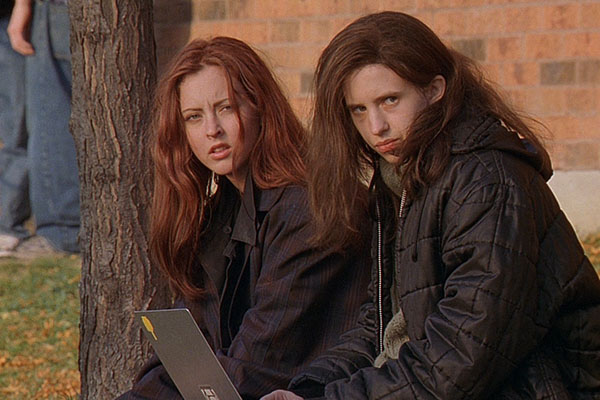 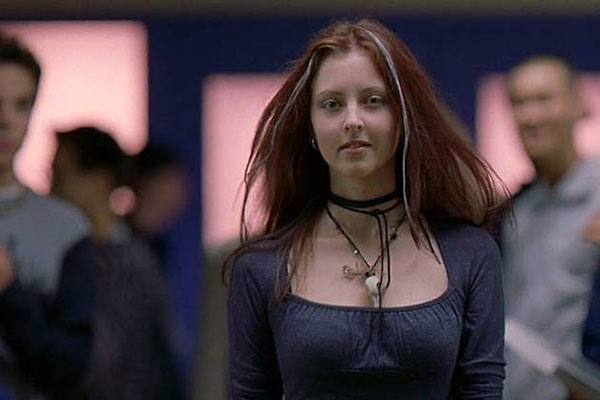 There are a lot of themes explored in Ginger Snaps, all around the idea of maturity and leaving your youth behind. Ginger's attack happens around the same time that her mother expresses concern that the girls had yet to experience their first menstrual flow, and the timing of the two unifies both together. Ginger becomes a woman, but is it because of the werewolf attack or just her own body finally giving in to its hormonal changes? The film leaves that up in the air a bit, although we in the audience are left to assume lycanthropy. Still, the symptoms of one mirror the other, and maybe the werewolf curse super charges what Ginger was already going through.

Certainly once she becomes this new version of herself she no longer has need for her sister. The two, who were once inseparable, suddenly grow apart as Ginger becomes a woman while Brigette remains a girl. This mirrors the separating people can feel when the people they loved as kids move away and become distant memories. It just usually doesn't happen in the span of a week and because of werewolves, but that same change still will happen to adults over time.

Meanwhile, Brigette struggles to accept what her sister is going through. She wants it to be lycanthropy because then that means her sister isn't just changing but has been taken over by something that can be cured. The fact that the film illustrates that the werewolf curse is in the blood, and can be transmitted during sex even, on strengthens the idea that this is all tied to youth and sexuality. Brigette doesn't want anything to change but she can stop the forward march of Ginger's condition.

That then brings things back around to the sisters and their pact. you live together or you die together, but Brigette can't just let her sister go. What seems like a film about Ginger steadily morphs into Brigette becoming our protagonist, another marked change from most werewolf films. Usually the protagonist is the one fighting to stop their own monster, but here Brigette isn't infected, she's not the monster, and its external forces she's fighting against. She had to fight to save her sister, or in the end kill her, because actually giving in and growing up is the opposite of what she wants. 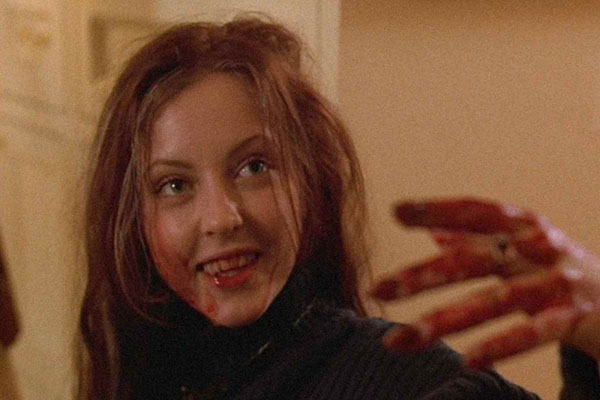 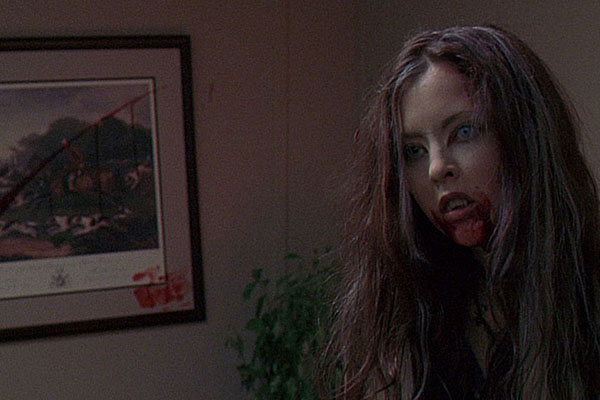 Of course, from another perspective the heroine is fighting to control her monster. It's just that her monster is her sister, another side of herself made external. Brigette gets to see the changes she would have to go through, but from the outside, and what she sees frightens her. You don't often have a film that looks at growing up and turns the very concept of it into body horror, but that's exactly the angle Ginger Snaps posits, and it works really well in the context of the film.

Ginger Snaps is a film with real staying power, a low-budget horror film that works on a few different levels. It hits a number of notes you normally don't get in horror films, all while giving us a distinctly female perspective to the ravages of lycanthropy. For all those reason it's a horror film worth watching again and again.