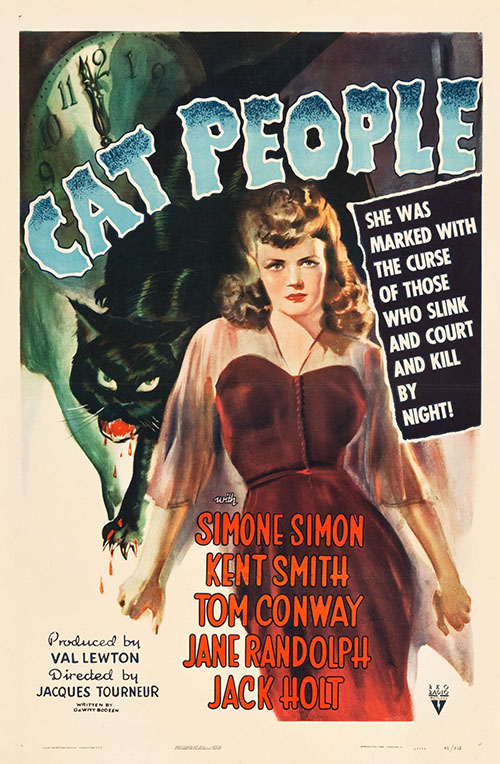 Horror films of the early 1940s struggled to really depict horror. In fairness, this was a trend for the decades before and after as well, and it spoke to the cultural mores (and theatrical requirements) of film as a whole. You couldn't depict certain things, be it blood or gore, big scares, or even anything mildly sexy. The so-called "Hays Code" was pretty clear about what could and couldn't be put on screen and horror took a big hit when it came to being, well, horrifying.

Some films did a better job of working around the limitations of the Hays Code than others. Ambiance had to be emphasized, with directors and their production teams working to create a mood of terror that was otherwise hard to depict with a lack of scary monsters and splashes of viscera. For a film like Cat People, which would live and die on how well it could depict the trauma one woman felt as she resisted turning into a large, lycanthropic cat, the limitations of "accepted standards" made it difficult to really get across the horror that was needed. The film does its best, but all things considered, the standards of the time did this film no favors.

But then, this film's own story is certainly hobbled by cultural attitudes of the time as well. The film focuses on Irena Dubrovna (Simone Simon), a young, Serbian, aspiring fashion illustrator who loves to draw the giant cats while hanging out at the Central Park Zoo. She garners the attention of engineer Oliver Reed (Kent Smith), a dashing young man who spies the girl drawing at the zoo. They strike up a conversation with sparks fly, and soon he's asking her out. The two fall in love, quickly get married, but before the can consummate the marriage, Irena pulls away.

It seems she's been scared by a chance encounter with another Serbian woman, one who calls her "moya sestra". This alludes, in Irena's mind, to the tales of the cat people from her home village. These villagers turned to the dark arts in times of difficulty, garnering the power to turn into large, feral cats as a means to survive. Irena worries that, should she get aroused (say, in the sack, although the film is hesitant to say that) she'll become like them, a cat person. She she pulls away, effectively pushing her husband into the arms of another woman, his assistant Alice Moore (Jane Randolph), and as she grows jealous Irena begins to give into her feral ways. 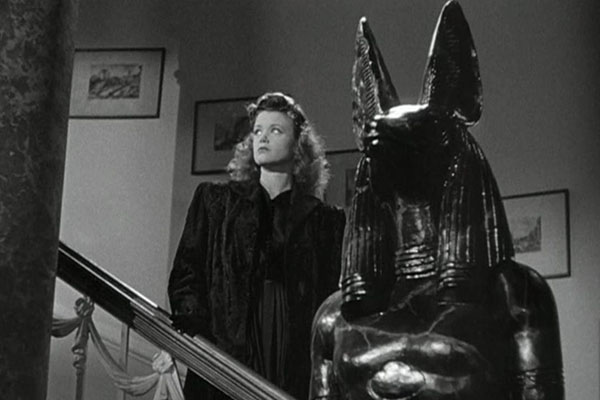 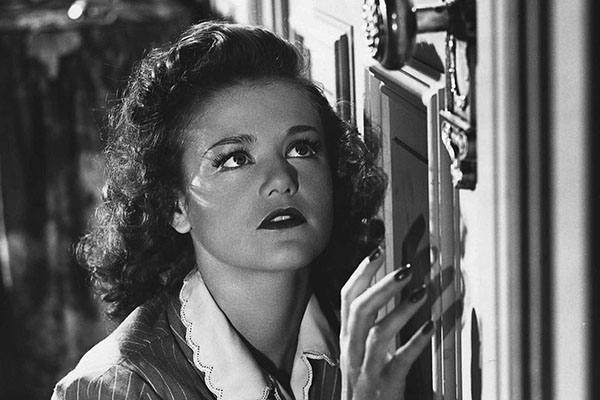 My issues with this film stem from its inability to really depict Irena fairly. She's a troubled woman, to be sure, but the sexual politics of the story don't really come across well in the film. I had to look up other people's interpretations of the events to really get what the film was trying to say, as the writing was more subtle (too subtle, really) than was needed to illustrate her fears of sex and violence and being a carnal cat person. It was clear she felt something brewing inside of her on screen, but her troubles aren't really well conveyed by the picture.

This is where the issues with the Hays Code come in. The film had to be cagey because saying, "if I get aroused in the sack I might become a cat when I orgasm," was simply something you could not do. So instead Irena just pulls away, unable to process her issues while unable to say them properly on film. I like the idea behind her issue, relating female sexuality to, in effect, tapping into her pussy, and when you say it bluntly like that the connection does seem clear. The film is not.

Additionally, the film lacks the nuance needed around Irena, Alice, and the contest between them. A film made later might have been able to better explore her sexuality, making her a force to vie against Alice. She could have given in to certain delights, explored herself (in all the ways you can think) and her growing power. Hell, she could have illustrated her power juxtaposed against her husband, but a strong woman on screen was another thing we didn't really get in that era. So, again, Irena just comes across as confused, and reserved, and a little bland.

And then there's the ending (which I don't feel bas spoiling for a film this old). Like most monster movies, Irena gives in to her creature, leading to one sequence where she tries to attack Oliver and Alice. The sequence is filmed in a way where we never really see her monster, instead getting a lot of shadow, a few of sound effects, and then a POV shot of her trying to attack the fated couple. It's supposed to be scary, and might have been at the time, but just comes across as goofy now. The effect doesn't work as intended when viewed through a modern lens. 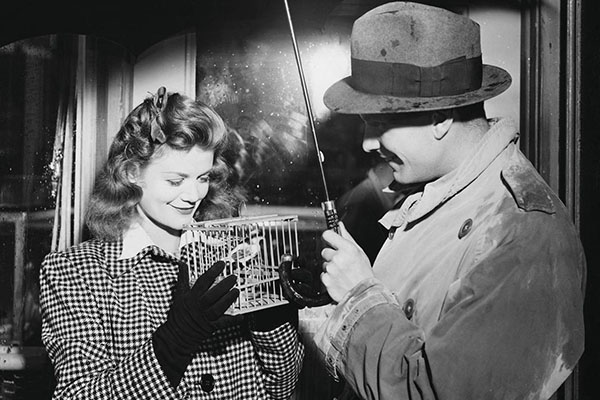 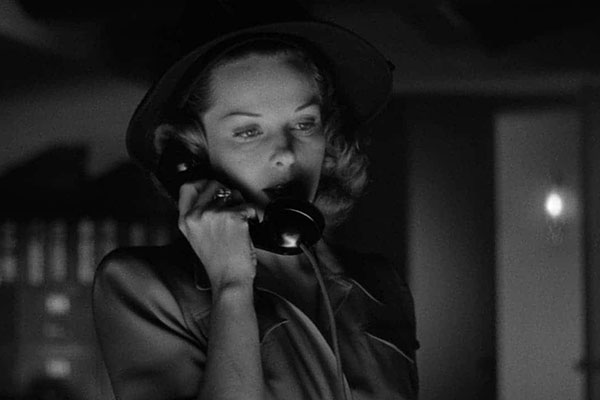 This all leads to Irena killing herself at the Zoo, bringing the story round full circle. That's because in these films for the era the monster had to die and Irena was, technically, the monster. A powerful woman who finally found herself and gave into all that means dies because the social requirements of the era said she had to, but it does put a nasty spin on female empowerment. I'd like to think that a modern adaptation of the film wouldn't require Irena's death, but the 1940s couldn't handle all that this lady had to offer.

In the end, I rate Cat People as highly as I do not because it was a great watch -- it's really kind of boring -- but because of what it tried to do. It flirted with a story about female empowerment and, while it didn't do that well, it was more than many films of the era could attempt. Plus it features one of the few non-wolf lycanthropes on film, an interesting creature to feature in these movies. Made in a different era, and with a stronger script, I think this film really could have been something. It was successful at the time but doesn't really hold up among today's cinematic experiences.