Castlevania: Circle of the Moon Randomizer

It's fair to say that Castlevania: Circle of the Moon is one of the better Metroidvania games released in the Castlevania series. Although it has its detractors, and even fans of the game will admit it has its flaws, the game has a moody and evocative grade to it that keeps players coming back. Flaws and all (some of which can be fixed by the Card Mode hack), the game remains a solid entry in the series.

Like other Metroidvania entries in the series, it was only a matter of time before Circle of the Moon received its own randomizer. Fans love to revisit these games, and there's frankly no better way that playing them through a randomizer, taking all the bones of the games that work so well and remixing them, time and again, to create an experience that's new enough to keep the game interesting long past the point where the original game has been memorized to a fault. That's what randomizers are for and, thankfully, Circle of the Moon joins its brethren in being able to provide that remixed experience.

Developed by Dev Anj (who also made the aforementioned Card Mode, among other Castlevania hacks) with additional assistance from fusecv and spooky, the Circle of the Moon Randomizer does exactly what it says on the package: it randomizes the Circle experience creating a new logic flow for the base game. You'll find cards in different orders, along with the key items, shoving your progress around the map in unexpected ways. For anyone that wants to see the game again without knowing where everything will be, this is the randomizer for you.

At first blush the game doesn't even seem all that randomized. Unless you turn on a bunch of the patches (and I'd consider some of them, like the patch that places cards at key item locations, a la the Card Mode, to be essential) you might not even notice the randomization at play. This isn't a full area and enemy randomizer (not yet, but considering the devs behind this project I expect it's only a matter of time) but instead a rando that alternates the drop tables and item placement. You'll still know the layout of the castle, what enemies are where, and all the basics of the game. 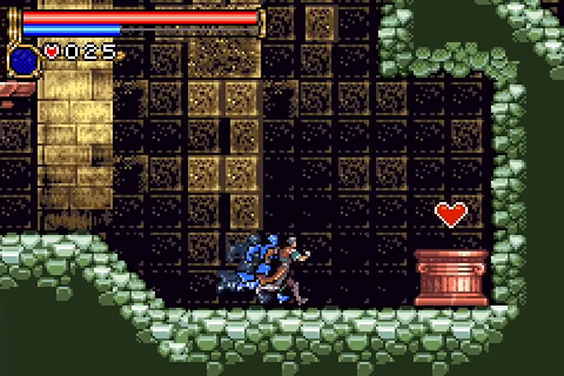 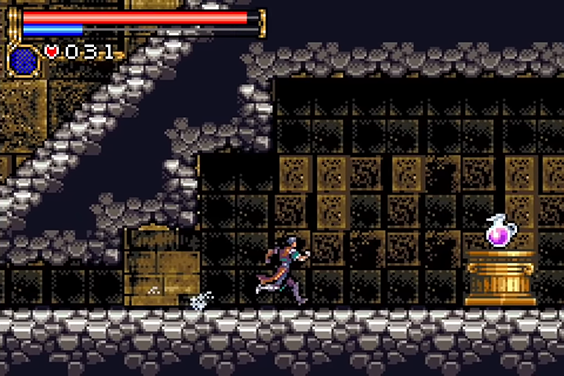 Frankly it's in the patches where this game comes alive. As noted, the Card Mode patch is essential playing as it takes the cards out of the drop table from enemies and puts them into key locations. You could go past the early Earth Demon to the spot where the dash boots are and, instead, find a DSS card, or kick boots, or just a HP Max. It does create some zest, allowing you to have to think about your path through the game and where to go next just to find progression.

Of course you might then think, if you've played the vanilla game before, "without dash boots where do I go?" Well, there's an easy way to open up the cast and give you more options on how to play the randomizer: give hero Nathan Graves dash boots from game start. That's another patch available and it automatically speeds up the game so much. Heck, you could also apply "dash boots are always on" and kiss that annoying double-tap dash goodbye. That quality of life feature alone is a godsend.

Another feature I liked it turning off the iron maidens, having them automatically broken so you can access other areas of the castle early. Circle of the Moon has a lot of blocks set in its path -- the tackle bricks, the push blocks, and these iron maidens -- and being able to turn off one of them from the outset does make the flow through the castle much more smooth. Of course this does mean you could end up being forced to go into areas before you're ready, such as the poisonous water of the Underground Reservoir, but that little tweak also adds some spice to the game.

If you want to add longevity to a randomized seed, you can turn on Last Keys. This option forces you to collect multiple keys around the castle (and not just the one Last Key in the vanilla game) so you can enter Dracula's chamber and defeat the demon lord. Exploration is emphasized even more, but this also helps to smooth out races of the game, preventing one player from finding one lucky path through the seed without exploring more than other players. 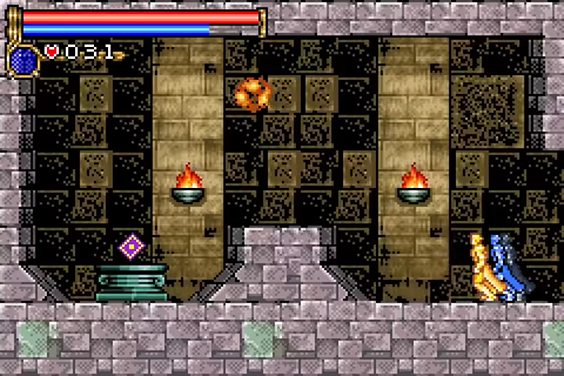 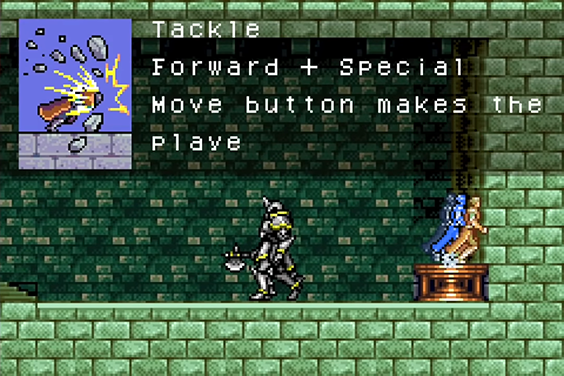 This randomizer lives in its options and its great to see so many solid tweaks in the game while its still in Beta. The devs have put a lot of work into the randomizer and it shows. I would like to see some more base options -- alternate character sprites, some recolor randomizations, maybe a music randomizer as well -- to give players all the little tweaks they expect from the randomization experience. Those options, I'm sure, will come with time, especially once the game is out of beta, and will help to make this package even more full-featured than it already is.