Although dragons are a part of the Dracula mythology -- Vlad Dracula was called "the Dragon", and supposedly belonged to the "Order of the Dragons" -- dragons themselves don't really appear in the Castlevania series. The closest we get a bone dragons, common enemies (sometimes upgraded to bosses) that are more of serpents of bone than proper dragons. The closest we really get in the series are wyverns which, technically aren't the same thing.

Wyverns are beasts like dragons but instead of four limbs plus wings wyverns have, at max, two limbs. They can often use breath weapons though, not unlike dragons, and this is one of the key things that links them. This is a trait the monster carry over into the Castlevania series, giving us our best fire lizard in a series where you'd expect a few other dragons to show up at some point.

The wyvern itself isn't a creature of legend on its own, mind you. Instead it's a creation for heraldry, a beast used for its iconography where it may have originally been used to denote nationality (such as the "red dragon of Wales" or the "golden dragon of Wessex"). It was later uses, primarily in the British Isle, that began depicting the wyvern as a creature different from a dragon as, in classic heraldry, the two beasts are considered interchangeable.

And thus, in a way, we do then have a proper "dragon" for our series, if we relax the term enough. In heralds considered wyverns and dragons to be the same creature, why don't we do the same for the Castlevania series. Dracula needs a dragon and now, in effect, he has one.

Fighting Against the Wyvern 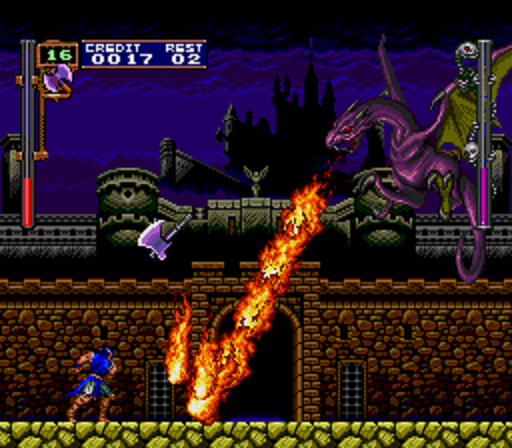 The wyvern first appears in Castlevania Dracula X: Rondo of Blood, flying across the background of the first stage before swooping in to attack the hero. The wyvern will hover along the top of the stage, just out of reach of the heroes' basic attacks, forcing the player to wait for the right time to strike. The wyvern can perform a few attacks: it'll pause and then swoop down with its claws in a basic arc, it'll shoot a gout of fire that will then break into small fireballs on the ground, and it will spit out a flaming wyvern head that will spew a trail of fire across the floor. It's not a terribly difficult boss, though, so taking it out should be fairly simple.

Of note, the wyvern does return in Rondo of Blood in a zombified form. Much later in the game the wyvern functions as one of two summons that the ghost of Shaft can bring forth (along with the Behemoth). Here, the wyvern will fly down from the top of the screen and spew his fireballs once more, causing them to bounce along the ground. The wyvern can't be killed here as, instead, Shaft is the only target you need to worry about.

The Castlevania: Dracula X Chronicles version of the fights are functionally the same. The wyvern doesn't get any new attacks in his initial fight; if anything the battle feels slower as it takes so long for the beast to launch its next attack. He does gain his swooping claw attack when he's summoned by Shaft -- either he'll spit fireballs or he'll swoop -- meaning you do have to pay attention to what the beast is doing this time. You'll also have to deal with a few bats when the wyvern appears as Shaft will always summon bats when he summons either the wyvern or the behemoth as well.

The initial boss version of the wyvern also appears in Castlevania: Portrait of Ruin as an enemy in the Master's Keep and the Nest of Evil. It will hover overhead and either spew its fireballs or swoop for attacks. It's not difficult to fight, as its a basic enemy now, but still worth keep an eye on it in case there's a pack of various enemies to deal with. 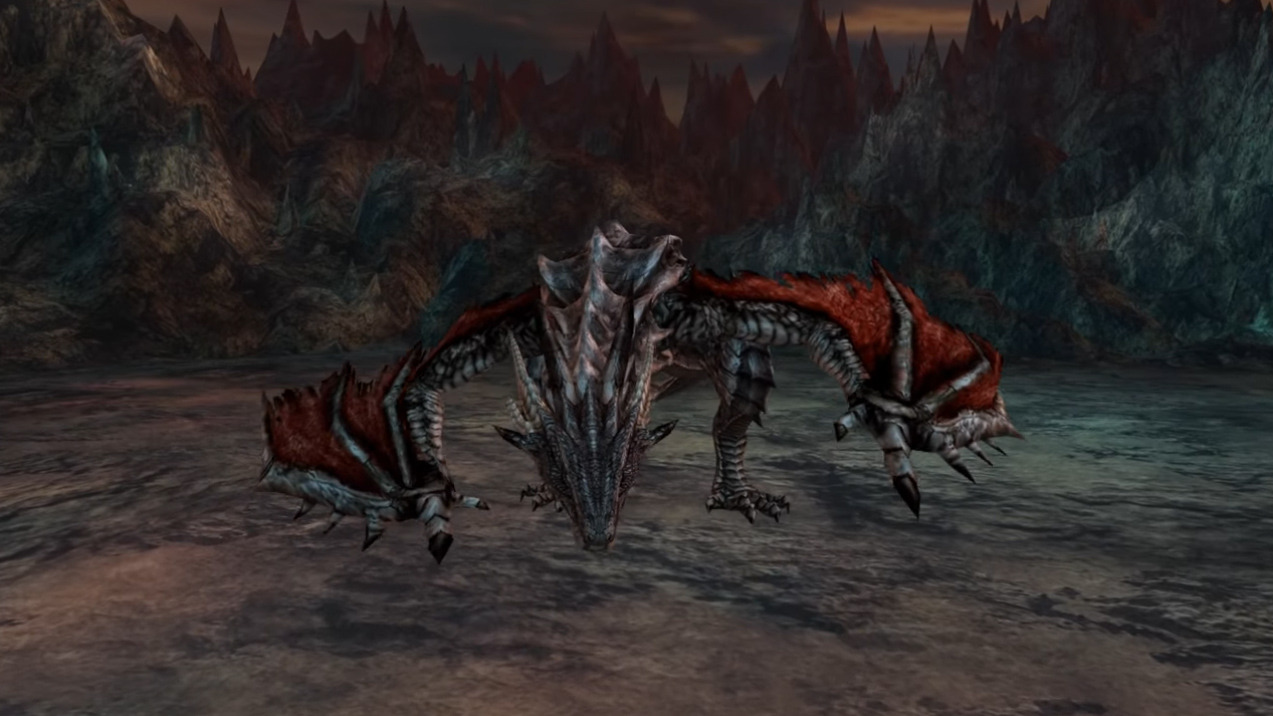 The wyvern appeared as a giant, hulking beast in its next boss fight in Castlevania: Curse of Darkness. Here the beast will walk along the ground, whipping at the hero with its tail, biting at them, or thrashing its head around. This third attack is the one to pay attention to -- the head it the weak point, but when it thrashes about it'll get its head stuck in the ground. Instead of tying to attack it here, you can get on the wyvern's back and the beast will jump up and fly into the sky with you along for a ride. You can deal a fair bit of damage to the head while on its back, but if you get to close to the edge you'll fall off and plummet back to the arena (but then it will also drop you off after a time, forcing you back to the arena regardless, so make the opportunity count).

Once you damage the wyvern down to half health it'll add in some new attacks. It'll punch at you with its claws, adding another melee attack to its stable. It will, of course, also take the sky and then fly around the arena before flying across, spitting out a gout of flame (which it will do a couple of times before landing and ground-pounding the ground). It can also stand in place, charge up its fire, and then spray fire, back and forth, in an arc. This phase of the fight will take much longer largely because the wyvern doesn't want to let you ride its back anymore, so be prepared for a slog.

Finally, the beast returned once more as a boss in the 1792 AD section of Castlevania: Grimoire of Souls. This fight is, once again, like the battle in Rondo of Blood. This only major difference this time around is that the beast is bigger, powered up by the magic of the grimoires, and will take a fair bit of damage before dying.