Eligor (aka Abigor and Eligos) is another demon from Christian-related mythology (depicted in the Ars Goetia, an anonymous grimoire of demonology dated back to the 17th century). A Duke of Hell, Eligor is depicted as a knight of goodly intentions, proudly and chivalrously riding around the countryside, sometimes on the back of the "Steed of Eligor". His intentions, though, were anything but goodly or chivalrous; as a demon he desired nothing more than the tempt men into evil and lure their souls into Hell.

Much of this, of course, isn't carried over into the demon's depiction in the Castlevania series. Instead the beast is featured as a kind of centaurid, an armored hulk with the body of a horse. This is par for the course for the series, of course, taking rather liberal interpretations with the legions of Hell more for color than true adaptation.

Eligor was one of the more recent additions to the series and, as such, only appeared in two games (one of which was canceled). This makes him a far less iconic demon than many of the others of his ilk, a stylish presence that had little impact on the series as a whole. 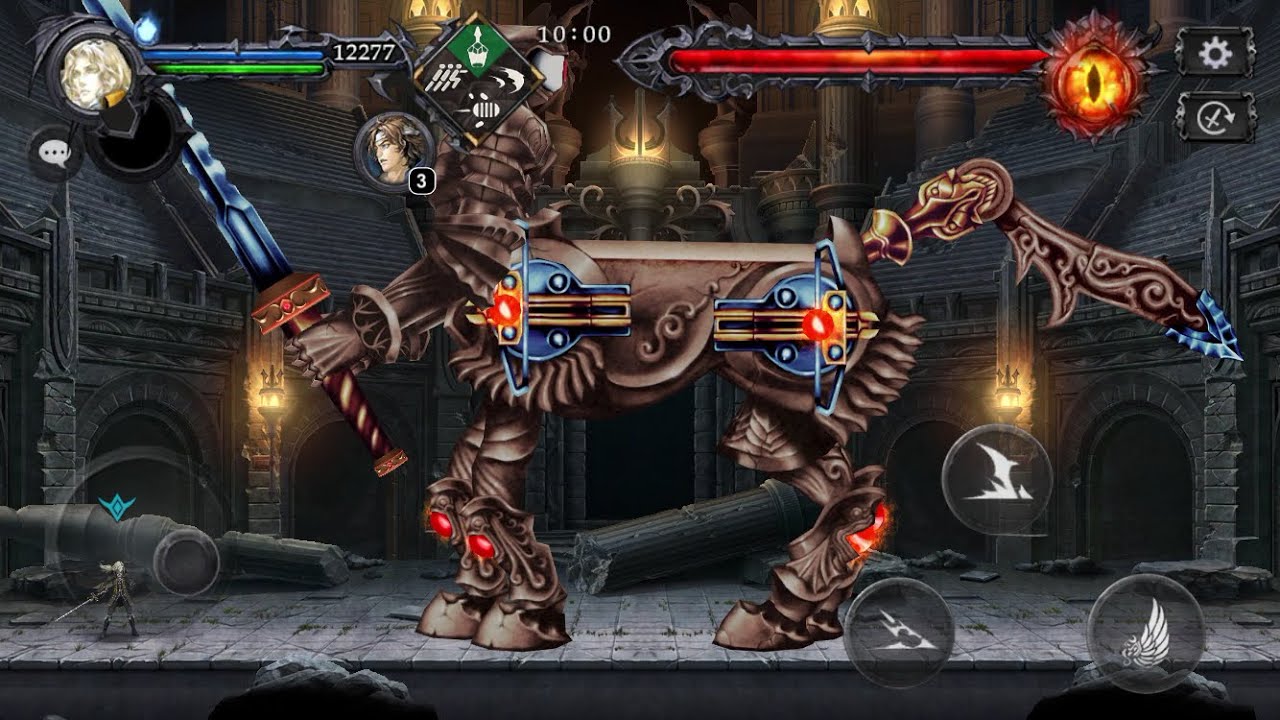 Found in the Arms Depot section of Castle Dracula, Eligor first appears as just an obstacle on the ground. Once the hero climbs the bulk, though, the giant, more-than-screen-filling demon will rise up, throwing them off. Then begins a four-phase battle; in each phase the player has to take out the demon's weak spots, denoted by red orbs on its body. In the first phase these orbs are in the demon's front knees. These must be taken out while avoiding thrusts from the demon's massive greatsword and stomping from the hooves. Once the orbs are destroyed, the beast will rear up, letting the hero in underneath. Then they have to move back and forth as the beast moves around, attacking the two weak spots in the middle of the body (which are mounted on crossbows that will occasionally fire at you). The hero will have to avoid back-thrusts from the front hooves, and avoid the shock waves from ground pound effects from the hooves as well.

And then the beast returned in Castlevania: Grimoire of Souls in, more or less, the same form. Functionally this fight could be handled the same way, dealing with the front section, then the body, then the back, which will force the legs down and allow easier access to the head to wipe it out completely. That said, in both of these fights, with the right skills, you could get to the top of the beast immediately and focus all your damage on the head, avoiding all its attacks and eliminated the boss in a kind of "short circuited" manner.