Tomes are a relatively recent addition to the Castlevania series. Although knives and swords, whips and even guns are de rigueur at this point, books of magic aren't a common melee attack in the series. Yes, some holy books have appeared as sub-weapons but very few have actually tried to attack with a book all on its own.

And then we had the introduction of Charlotte Aulin. As a companion to Johnathan Morris, the Belnades analogue to his "Belmont" (if you will), Charlotte had to play differently than her friend. Thus the developers not only gave her magic to learn and cast but also books she could find and use as weapons. It all tied together nicely as she was a student of magic and what do students use? Books.

The tomes, though, were surprisingly effective. Solid melee weapons with good upgrades as the game progressed, the tomes weren't just a silly affectation of the series but real weapons in their own right. People might wonder who would want to wield a book in battle, but watching Charlotte work you can see why they're so effective.

Depending on the game played the tomes have different functions. In Castlevania: Portrait of Ruin the books were true melee weapons. Charlotte would brandish each book in front of her with a forward arm thrust. From between its pages, then, an attack would emerge, from a sword, to a knight on a horse, and the like. They were close combat weapons, lacking the range of Johnathan's whip or Charlotte;s own magic, but they didn't consume MP so they were solid attacks to use when simply exploring the castle. 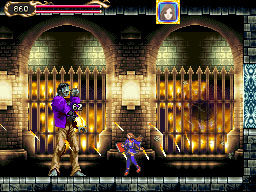 In follow-up Castlevania: Harmony of Despair, Charlotte can't simply find magical scrolls floating in the air (like she could in her previous adventure). Instead she had the Book of Binding, a tome that could be brandished which would put up an absorption vortex. Any monster spells that hit that vortex could be absorbed, giving Charlotte a new spell (or letting her further upgrade one she already had). It was a solid way for her to gain the magic she needed to traverse the game.

Finally, in Castlevania: Grimoire of Souls, the books received a makeover. Not only were there more tomes in that game but there weren't melee attacks anymore. Instead, from the pages of the books Charlotte would send out a ranged attack (either straight ahead or at 45 degree angles). This gave her more range making her a capable fighter that could hold her own with the other characters in the game.

Also known as the Necronomicon Ex Mortis, this "Book of the Dead" is a book of dark magic, inked in blood and bound in flesh, that is said to drive those who look upon it mad.

A basic book of information. If anyone goes mad reading this it's just from too much knowledge.

Written by Miguel de Cervantes and originally published in two volumes. The book follows the adventures of Alonso Quixano de La Mancha, a man who read so many tales of knights and glorious deeds that he took on the persona of a knight. He travels the countryside, getting into trouble while trying to fight for what was right (all while likely being completely insane).

One of the first works of science fiction and horror, the novel by Mary Shelly became a classic of the form while also giving the world of of its great monsters. Considering this is a book found within the Castlevania series, better to think of this as a work of non-fiction, though; notes from the mad doctor himself as he creates his beast. 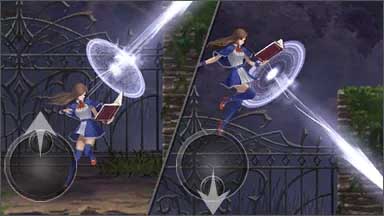 A collection of tales from Merlin about King Arthur. Naturally this is a tome inspired by the legends of Arthur, Excalibur, and the Knights of the Round Table.

Notes from an alchemist on his search for the Philosopher's Stone, the substance that could transmute lead into gold. The name "Mutus Liber" means, quite literally, "transformation tome".

Written by Edgar Allan Poe, "The Raven" is a poem of lost, horror, and tragedy, with the indelible phrase "Nevermore."

A fairy tale written by Hans Christian Andersen, it follows the adventures of Gerda, a young girl who has to venture out into the cold lands of the Snow Queen after the woman has kidnapped her brother.

A classic of chivalric romance from the 12th Century, often attributed as an influence on Shakespeare's own Romeo and Juliet. It's a tragedy that tells the story of an English knight and an Irish princess who fall for each other despite her betrothal to another man (Tristan's uncle, in fact).