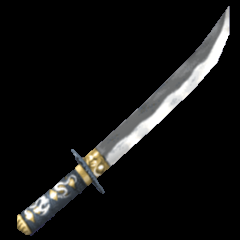 Katanas are finely made, long-bladed swords with a circular or squared guard and a long grip, designed to be used two-handed. This specific type of "long sword" hailed from Japan and was used almost exclusively by the samurai. Katanas, once created, steadily became the main sword of the warrior class, replacing the tachi as the predominant sword. That's not to say that other weapons weren't used, with bows being the main weapon used until close quarters combat was required, but from about the 12th century on, the katana became the indelible symbol of the samurai.

Although katanas are considered to be among the highest quality weapons made, there was a time during the Koto ("old swords") period when katanas were mass produced. These swords did not bear the time and care that the highest quality swords needed and are generally considered to be less versions of the swords that came before (and after). It was also common for many tachi to be cut down and remade into katanas, although these could still be told apart by their signifying signature mark on the blades (and where the mark was placed on the sword).

When discussing katanas the blades are generally named after the creators of the sword (such as the even famous "Mauramasa" and "Masamune" swords). If the sword was unsigned, though, then it was just called simply a "katana".

As with many types of weaponry in the series, katanas were first introduced into Castlevania via Castlevania: Symphony of the Night and that game's massive selection of weapons. The first katana any player would find would be that games "Red Rust", and old sword allowed to age poorly. From there further katanas could be found, from the basic to the impressive, all with varying degrees of strength and power. 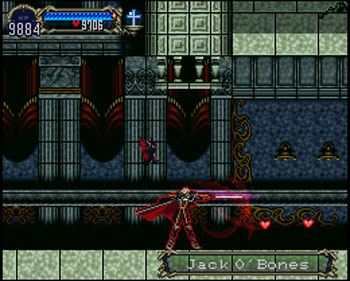 Further games would include katanas in various forms. Castlevania: Aria of Sorrow, Castlevania: Dawn of Sorrow, and Castlevania: Harmony of Despair each would have katanas as weapons to be discovered by the heroes, although curiously the katanas worked differently in each game, even when wielded by the same hero.

In Symphony of the Night hero Alucard would use katanas as two-handed weapons. These would generally be more powerful than their one-handed brethren, although the attack speed on these swords would often be slower. As a bonus, Alucard could perform multi-hit sword arts with the katanas, making many of the later once quite deadly in combat.

With Aria of Sorrow the katana received a make over. Instead of being swung two-handed (as that game lacked a two handed mechanic), katanas here were given an over-hand swing, not unlike the great swords in that game. The key difference was that while great swords had a slow build up before their swing, katanas were swung in a smooth arc, making them nominally faster and certainly more maneuverable.

Katanas changed, though, in Dawn of Sorrow. Instead of the arcing swing found in Aria katanas were instead given a forward swinging arc, not unlike how Alucard would swing his blades in Symphony of the Night (although somewhat fancier looking). This arcing swing allows hero Soma Cruz to attack with some decent coverage, better than his more basic sword swing, although it did still come with a slightly slower attack speed overall.

It is worth pointing out that the English names and terms for swords are pretty fluid and don't always align to specific blades or blade types. A "short sword" is simply a term that applies to a blade of shorter length (similar in style to a "long dagger" or "dirk") while a "long sword" commonly refers to a longer blade, generally a two-handed weapon. But those terms aren't always applied evenly and can mean different things in different eras.

Named for sword-smith Nagasone Kotetsu, whose blades were renowned for their strength. These blades were famously able to cut through an attacker's helmet. Interestingly finding a real Kotetsu is hard to do as many of the blades out there are fake.

Considered among the best swords ever made, these were crafted by the sword-smith (and priest) Goro Nyudo Masamune. Although many of his swords were left unsigned, the distinctive patterns in his swords made it easy to tell where swords were Masamune's.

Finely crafted swords made by Muramasa Sengo (or, at least, by his various students). Interestingly it is said that his weapons often carried the violent energies of its smith (who was prone to unexplained violent fits). 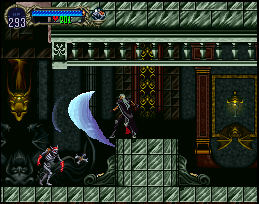 A sword crafted by sword-smith Bizen Osafune Nagamitsu, one of th most prolific smiths of the 14th century. His swords are considered to be remarkable works of art.

Also referred to as the Akasabi, the "Red Rust" is the weakest of the katanas found in the series, due largely to its poor quality and overall age. This sword was not taken care of by its previous owner and, as such, is dreadful in combat.

Also known as the "Takemitsu", this sword is the first step up from the Red Rust, although it's only a marginal improvement. The name for the sword likely comes from the manga Takemitsuzamurai, the "Bamboo Sword Samurai".

Also known as the "Namakura", the Blunt Sword gets its name as its a fast katana that still doesn't deal much damage. The name "Namakura" liked comes from the anime Namakura Gatana, a short about a samurai who loses all his battles because his sword is too dull.

A mythical blade known as one of the "Five Swords Under Heaven". It was particularly good at killing demons.

A demon-slaying sword (and likely one of the "Five Swords Under Heaven"), the Onikiri is the weakest of the three featured in the series.

The last of the three demon-slaying swords in the Castlevania series. Likely one of the "Five Swords Under Heaven", this is the most powerful of the set in the games.