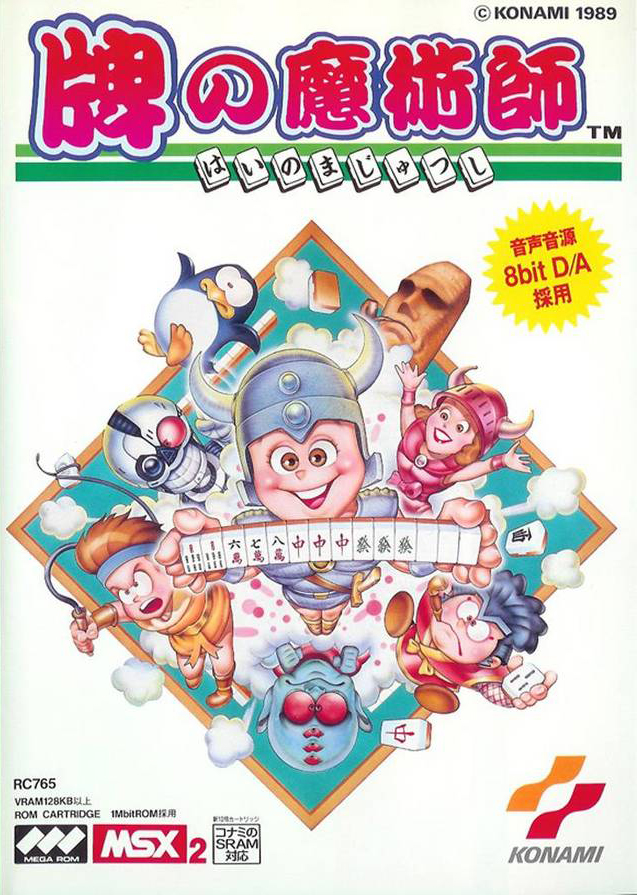 Have you ever wanted to play Mahjong with Konami mascot characters? That's the basic question asked by Hai no Majutsushi, a bare-bones gaming experience that is only worth discussing here, on The Inverted Dungeon, simply because it has Simon Belmont in it. If that sounds fun to you then you might still want to stop and think before booting up this game. For everyone else, though, if that already sounds like a boring experience you may as well move on already.

For those that have played Mahjong before (or watched it, or just tried to parse what was going on well enough so you could write a review for a Castlevania site), Hai no Majutsushi is exactly what'd you expect from the game. This is pure, proper Mahjong as developed in in Qing dynasty-era China and then spread across Asia. It's a gambling game where four players sit around a table, each getting a randomly shuffle quarter of the entire stack of tiles, and then they'll lay out tiles on the board until someone can lay down some kind of Rummy-like sequence.

Admittedly, if you're a Westerner, you probably have no clue what I just said. For you, Mahjong isn't a Rummy-style game at all. More likely you're used to playing a game called Shanghai which, here in the States, is often called "Mahjong" even though the only thing it shares with the classic game are the titles. Shanghai is a single-player puzzle experience, not a four-player (or, in some variants, three-player) gambling title.

That's the obvious reason why this game never came over to the West, of course: we just don't traditionally play proper Mahjong. The closest many of us have come to it is seeing it used as a backdrop on some "Chinatown" set as characters play the game in the background while the real plot happens in front of the cameras. This isn't a game we tend to play, going instead for card-based games that, admittedly, have a similar feel to them once you get used to the rules of Mahjong. 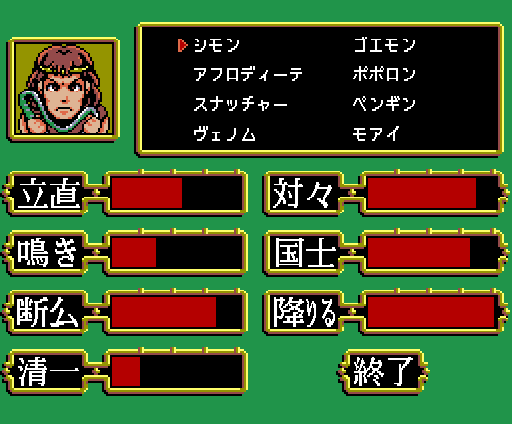 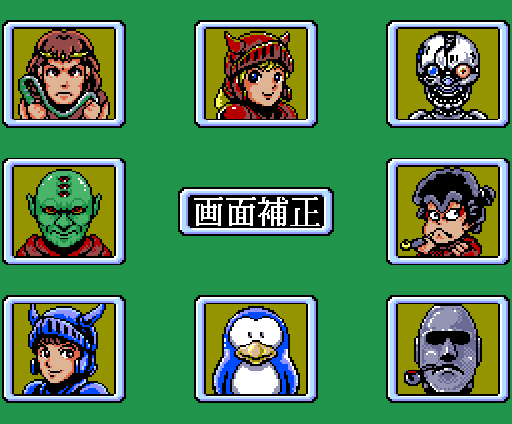 If you do know how to play the game, you could probably stumble your way through Hai no Majutsushi as this is exactly the game you'd expect. Of course you need to be able to read Japanese (as there's no English translation in the official package), and by then one would have to assume you're also familiar with the language too if you're picking up a computer Mahjong title). Once you get in, and find the characters you'll be playing against, you'd get Mahjong, exactly as you expect it.

For an inexperienced player, such as myself, there really isn't much to keep you going with the title. The game can seem obtuse and hard to parse for outsiders, with players laying tiles seemingly at random, and then eventually some player calling out their win (I imagine them shouting "Rummy!" even though I know they aren't) before the points are totaled. As should be expected, I failed to get far in this game and lost the few times I tried to play it. This version of the game just isn't for me.

Of course, it wasn't meant for us so I don't know how much I can really hold that against the title. Released on the MSX2, it was never meant to come outside Japan's shores and make no effort to cater to anyone that isn't (a) Japanese and (b) familiar with the game. If you want to learn to play Mahjong there are plenty of English-language tutorials to get you through the experience (even Wikipedia's page on the game is pretty detailed). That's certainly a better way to get into it than to dive into this obtuse title that makes no bones about its game or what it is.

That said, it is a very bare-bones experience. What you get is Mahjong with the traditional titles and not much else. Yes, there are mascot characters in the game, but they aren't really in the game. You're not sitting around a table, watching Simon layout out tiles and think about his next move. You don't even see the mascots until they win a game, and then a single portrait of each of them shows up to rub it in your face. The rest of the time it's just the game of Mahjong, no frills and nothing else. 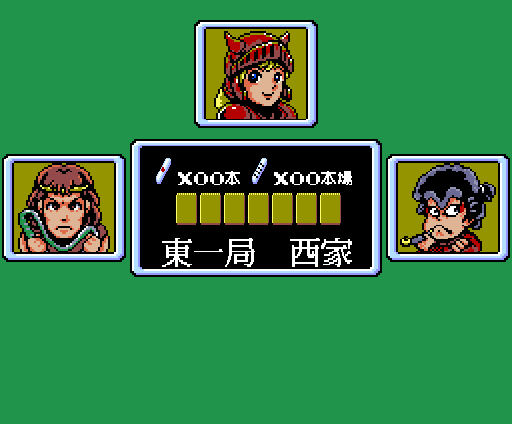 Admittedly for an 8-bit era game it plays well enough. The game has a jaunty tune going the whole time, and the sound of the tiles being laid down is actually surprisingly good despite the hardware. It plays quickly enough, with the computer opponents picking their tiles quickly and smoothly, without any long periods of drag as the game tries to think about what to do next. The titles are large enough, easy to identify, and full color. But that's really about it. This isn't a special package at all, not by any degree, and probably felt pretty stripped down even when it came out all the way back in 1989.

For the era if arrived, Hai no Majutsushi really wasn't all that special. It had the Konami logo on it, and the barest amount of mascot art included, but it's really just a Mahjong game, through and through. For the era it was pretty basic, and now, over 30 years later, it's even more bare-bones feeling than before. This is little more than a curiosity, quickly forgotten once you've shut it off.