Stop us if you've heard this one before. A lone hero ventures into a castle filled with monsters and demons, armed only with their whip, all to take on an evil vampire lord that's threatening the land. If you said the game we were talking about was Castlevania, you'd be right, but you'd also be just as right if you'd said the game was Rusty (titled Rasuti in Japan, a phonetic spelling of "Rusty"). Released in 1993 for a fairly obscure (at least by U.S. standards) Japanese computer system Rusty is about as close as a game can be to a Castlevania-clone without straight off having Castlevania in its name.

Unlike many titles we'll discuss in this section, there's absolutely no way to talk about Rusty without talking about how much it feels like Castlevania -- it's in the game's very DNA. There is no way the company that created Rusty, C-Lab, could have had any thought other than, "you know that game series, Castlevania? Let's do that. Not, like, kind of that, but exactly that. Let's make the game in all but name and pray we don't get sued." That's obviously what happened because that's exactly how it played out on screen.

Our protagonist, Rusty, sets off to the evil Vampire Lord's castle armed with her whip to try and take out the armies of darkness and free the land from the vampire's terrible rule. Although the vampire isn't Dracula, instead the Count Monte Cristo (not just a delicious sandwich anymore), he's basically Dracula. And our hero is basically a Belmont. There's just no way to look at her and think of anything else. She's basically Simon Belmont from Super Castlevania IV in a skimpy outfit... which is basically Simon Belmont, because that dude never saw a leather kilt he wouldn't wear. Rust can whip in multiple directions and latch her whip onto rings to swing around. Give her a muscular physique and she's Simon Belmont through and through. 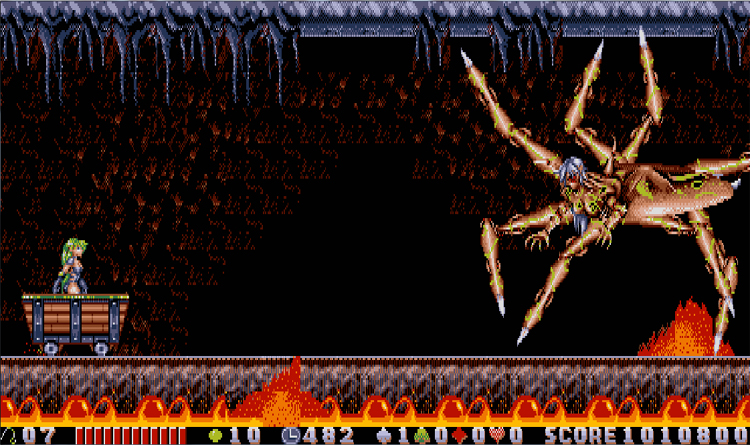 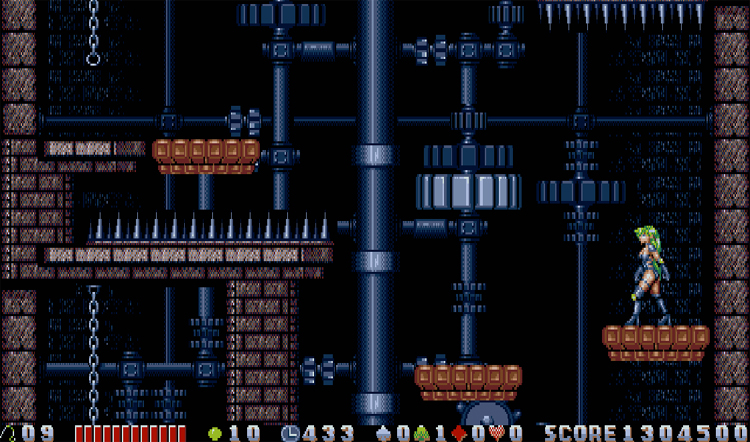 Other parts of Rusty were obviously influenced by other entries in the Castlevania series. For starters, Rusty doesn't tend to traverse staircases (not like our Belmonts regularly do), instead opting for ropes like Christopher Belmont uses in The Castlevania Adventure. Ad while she's exploring the castle, Rusty will have to collect keys to progress further, much like Simon in Vampire Killer. Interestingly, the special power Rusty can gain (in place of the classic sub-weapons) are more like the soul powers Sonia Belmont gains in Castlevania Legends, perhaps showing that even this off-brand entry proved influential on the main series?

Rusty even borrows a page from the Castlevania series in its broader setup. The Gothic-influenced levels follow a similar structure to the main series, from a starting level outside in a town, through a forest, to the inner halls, caverns, waterways, a clock tower, and the final climb to the vampire lord. There's even an overworld map, like just about every class Castlevania game has used to show your linear progression through the game.

Not everything about Rusty is comparable to contemporary Castlevania games for the time, though. Although anime influenced, they aren't as good a Rondo of Blood -- more on par with Haunted Castle -- the character sprites are fairly large, but less detailed than Castlevania games for the time. They aren't terrible graphics, but they certainly aren't great, either. Passing is the best way to describe them.

Meanwhile the songs are obviously not taken from any Castlevania game -- that would be copyright infringement, and Rusty somehow narrowly managed to avoid that. Still, despite not being recognizable as any tunes fans of the main series would recognize, they still feel of a piece with the main series, with a number featuring a pretty rocking back beat that drive their tunes, giving their levels needed energy and edge. 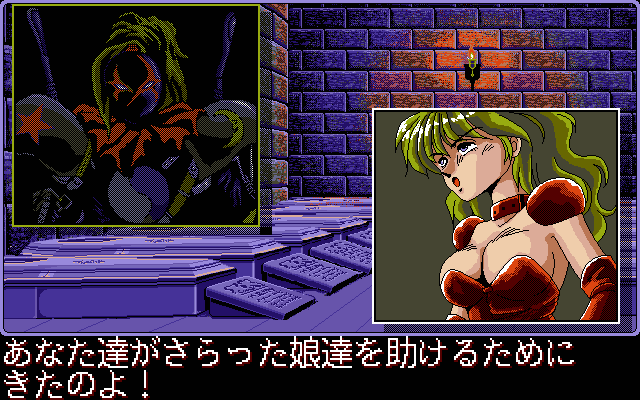 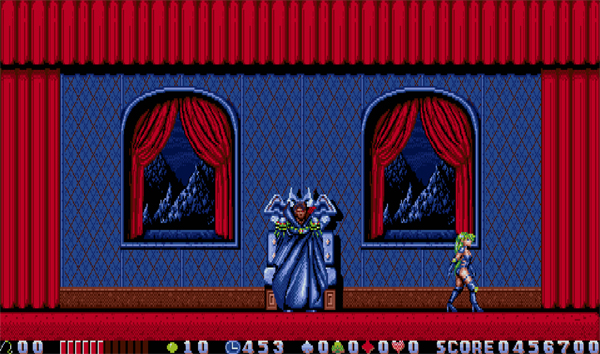 Rusty does feature a couple of nice twists that help to set it, ever so slightly, apart from the Castlevania series. Rusty's quest revolves around her venturing into the castle to rescue kidnapped girls, and while that does sound an awful lot like Richter's quest in Rondo of Blood, each boss Rusty fights is one of the kidnapped girls that she has to free. And while Rusty is going through the castle finding keys, she'll find four different kinds (one of each of the four playing card suits), making key management and discovery a little more interesting.

Still, despite these little tweaks, Rusty is really nothing more than a Castlevania clone. It's pretty good at what it does, being something of an off-brand love letter to the main series. You're not missing much if you never play it (so few people even know about this game so it's not like the legend of "a lost Castlevania gem" has spread far and wide). Still, if you can manage to get your hands on a copy of the game and a way to play it, give it a bit of love. It's worth it just to see another good game in the genre.