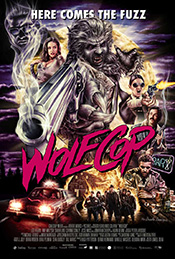 Sergeant Lou Garou is a drunk. He drinks all the time, often shirking the responsibilities as a deputy sheriff to sit around at the bar and drink. He's been a wreck ever since his dad, who was also a police officer, was murdered 32 years ago. That crime was never solved. Now, all this time later, strange things are happening and Lou finds himself in the middle of it all. Soon enough he's knocked out, wakes up with a pentagram carved in his chest, and finds out that he's become a lycanthrope, a wolf man sent out to prowl the night. Deep down, though, he's still a cop. Can Lou, now a WolfCop by night, solve the mysteries of his crappy little town and put the murderers away before the full moon sets?

I will not lie to you: WolfCop is not high cinema. It's not even middle cinema. This is B-movie schlock, but the trick is: the movie knows just how bad it's supposed to be. It revels in the fact that as a low-budget wolf man flick it can get away with a lot. it can have a ton of gore, a bunch of nudity, and have a stupid amount of fun with it because it's not beholden to the needs of the big studio system. Sometimes you need a flick like this to remind you have fun horror cinema can be.

To call it a B-movie undersells how well the movie is made. I've watched plenty of bad movies, some of them so terrible I couldn't even get through them. Poor acting, cruddy camera work, awful lighting, all accenting an awful script -- those are the standard trappings of a B- or Z-grade movie. if you're ever watched a Troma production, you know how bad these kinds of movies can get. And yet, WolfCop elevates itself above the fray. I've watched the movie twice now (willingly, both times) and what always strikes me right off the bat is how competently made the film is. The camera work is pretty solid, the acting is actually pretty decent, and the film is edited together in such a way to actually pare down how long the movie is. This isn't a movie with a lot of padding shots thrown in to get it up to a minimal 80-minute run time. It's actually, instead, watchable.

I mean, I won't try and convince you this will win any awards (except among those ceremonies honoring schlocky B-movies). It's a movie about a cop who's a wolf and it name drops itself twice. It has the cop change into a wolf at a urinal and if you've ever thought, "I wonder what happens to someone's junk when they transform," well, you're going to get an up close shot of that (I really didn't need to see it, but props for the movie going there). It's a movie that has the love interest for the hero come in to the police station after he's changed, still be into it, and the two of them then have a long love scene set to "Moonlight Desires". This movie knows exactly what it is. 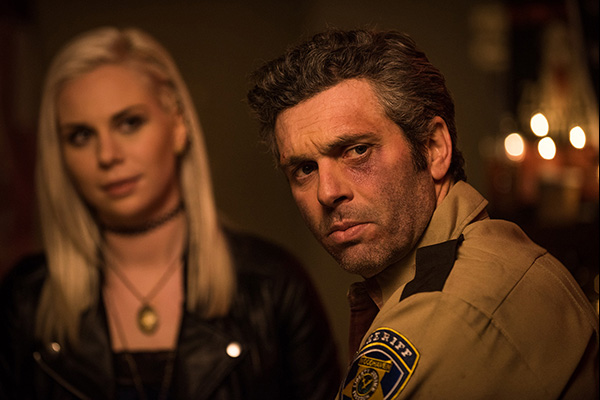 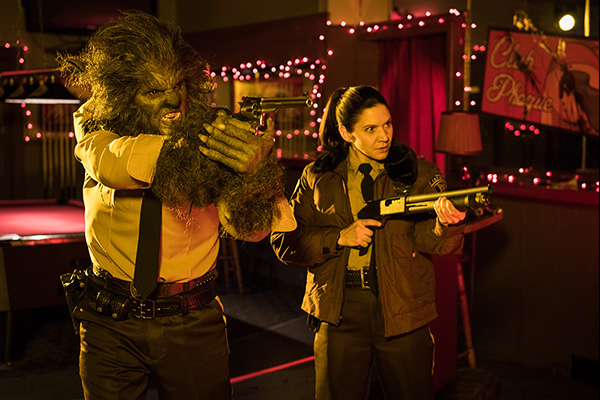 That's why it's good (for a very specific definition of good). Everything is done well enough that the movie never feels like a chore to get through, and the good bits -- werewolf transformations, nudity, and lots and lots of gore -- are spread out pretty frequently throughout the movie. The movie revels in being a flick about a "WolfCop" and it delivers on exactly what it sets out to do.

If a movie called "WolfCop" isn't going to sell you on itself just by the title alone, hopefully my glowing words about it have done that job. If not, I understand. This movie isn't for everyone (heck, one of my sisters watched it on my recommendation and absolutely hated it). It's not a good movie but it is good fun, and if that's what you want from your horror cinema then I've got just the WolfCop for you.