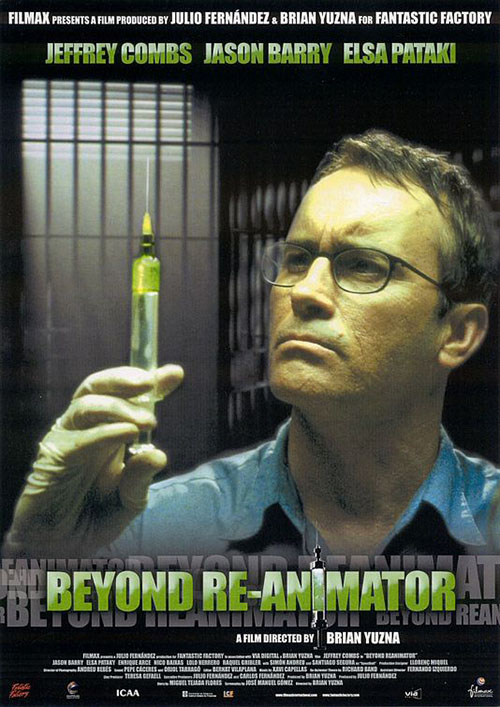 After the second film in the series, Bride of Re-Animator, one could think that it was probably best let the Re-Animator saga end. The second film didn't really change much of the formula from the first (even bringing back the same villain for the same kind of carnage all over again), and while it had the same demented attitude as the first movie it certainly did feel like diminishing returns. What could a third movie in the series possibly due with these same materials?

Of course, that's the trick of the third movie: taking enough time away to feel fresh and new, the film goes for a different perspective, a change of locale, to not only refresh the series but give it a new story to tell. It's hard to top the original movie, for both it's absurd horror as well as it's willingness to go anywhere with its story, no matter how awful or demented, but this third (and so far) final film in the series, Beyond Re-Animator, certain does it's best to try and be a worth successor to the "Re-Animator" name.

It's been 13 years since the events at the cemetery (the night the Bride was awoken and then all Hell broke loose), and after West's zombies escaped and killed a bunch of people, the mad doctor (Jeffrey Combs, of course) was sent to prison where he's been sitting for the last 13 years, trying desperately to continue his work without the means, or tools, to do so. He has discovered the ability to harness Nano-Plasmic Energy, the essence of electrical energy in a living brain that could be uses to reanimate the dead to near lifelike state... if only he had is original reagent.

That's where Dr. Howard Phillips (Jason Barry), the prison's new doctor, comes in. He was a child 13 years prior, living with his family right near the cemetery. His sister was attacked, and killed, by one of the zombies, but in the chaos a vial of West's reagent was dropped, and young Howie grabbed it, keeping it safe for all this time. Now at the prison (a posting he specifically requested) he's brought the reagent with him, which he willingly gives to West. All he wants is to learn what the reagent does and how it can be used to help people. But what Howie failed to realize is that once you give West his special formula the carnage is sure to follow. Soon enough this prison will get turned into a war zone as the dead will, once again, come back to life. West simply can't stop himself. 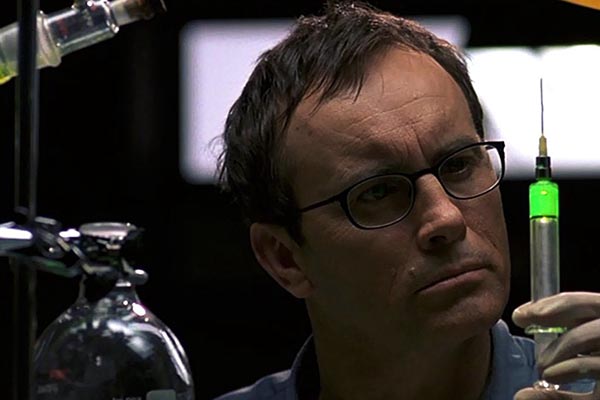 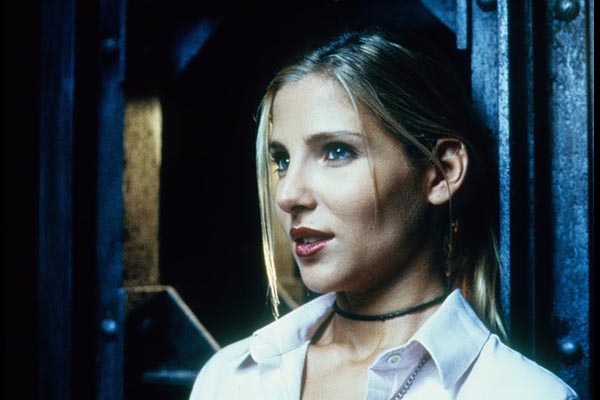 The new setting, that of the prison, does change the dynamic of the movie in a number of ways. For one, West is in no way in a position of power, being just one of a number of prisoners. Yes, he acts above it all, with a performance that's pitch perfect from Combs, but it doesn't change the fact that West can't do his experiments the way he wants and, in a way, is at the mercy of the prison staff Howie is the only person that treats him as an equal which, if West had feelings towards other humans, probably would have ingratiated the younger doctor to the scientist.

The prison also forces West to develop his new experiments, the harvesting of NPE, so he can continue whatever form of work he can grasp. The NPE is a neat addition to this series, allowing for more of the chaos and carnage in different ways than the first film. The previous movies were simply about the dead coming back to life (and there's some of that here, too, of course), but the addition of NPE essentially allows West to start tinkering with the souls of the reanimated, not just their bodies.

As the movie quickly illustrates, NPE is more than just basic, neutral energy (whatever West might argue). When you take the NPE from one being and put it into another, the two sides of the person, their former personality along side this new energy, war in the body and the person is hardly the same anymore. Or, when West realizes that NPE isn't neutral and there are characteristics that travel with it, and he learns his mistake, he deadpans, "it was a theory."

See, it's not that West doesn't care about what happens -- he's honestly fascinated about what happens when he does any of his experiments -- it's simply that he doesn't care about the human factor. Bodies are just bodies to him, and energy is just energy. The carnage that follows in his wake happens because he never thinks about if something is a good idea. If he sees a corpse, and he has some of his glowing green goo (and, now, a tiny canister of harvested NPE), he'll use it no matter if it's a smart idea to do so or not. He's an addict, hooked on the need to try out whatever weird idea comes his way, and damn the consequences. 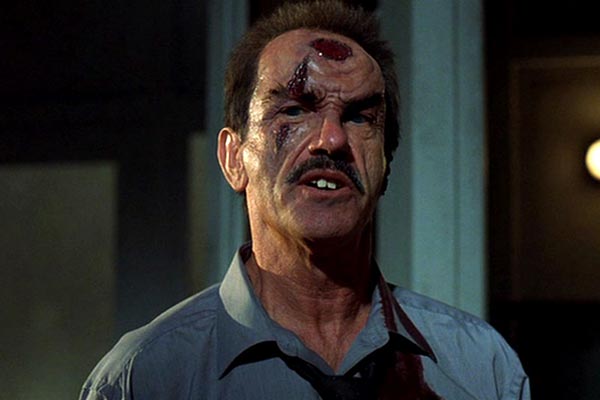 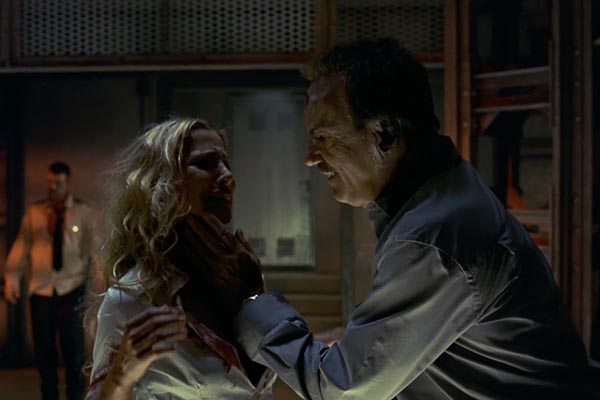 It's fair to say that this is the Herbert West show, with all other characters being secondary. Yes, Howie does have his own storyline here as he falls in love with a reporter, Elsa Pataky as Laura Olney, writing a piece about the prison, but if you've seen the previous films you know how this goes. The good natured doctor gets sucked into West world, and then the chaos comes for his girlfriend, killing her and leaving her body open for West's experiments. Then the doctor spirals into the tragedy as the carnage mounts. The characters are different but the results are the same.

More interesting, if only for his over-the-top, scenery-chewing performance, is Simon Andreu as Warden Brando. This character is a nasty piece of work, a weasel who gets off on torturing his victims. He's a good replacement for Dr. Carl Hill from the previous films while still, essentially, filling the same role. The warden isn't a deep character, and the writing is on the wall for the character pretty early (as it is for just about everyone in this film not named "West") but while he stalks around, being a dick, it's fun to cheer against him.

What this film nails though, more than anything, is the off-the-walls, go-for-broke attitude of the first film. This movie finds new ways to play with the reanimated dead, to create new, creepy things to scatter among all the gonzo gore. There is never a point where the film says, "this would be a bad thing to show." Nope, everything is thrown onto the screen, once again proving that the people behind these films understand what "good taste" might be and have no interest in it. It's absolutely delightful.

Nothing will ever top the absolutely gonzo original film, let's be honest. But if there have to be sequels, Beyond Re-Animator comports itself well enough to at least be a worthy one. It's a solid film, if not quite as good as the original, and that's all thanks to the crazy ideas, the unflinching effects, and Combs's performance. If they ever make another one of these (and with it being seventeen years since this film came out, that seems unlikely), it would have to star Combs once again. Without him there simply isn't a series.