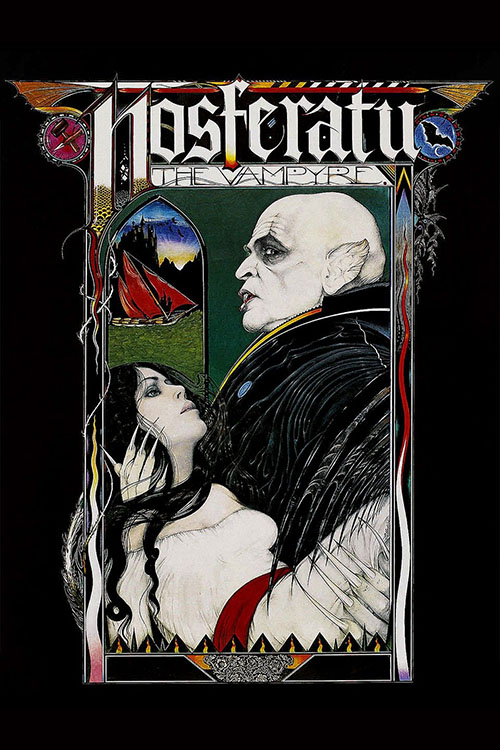 If you know anything about your Dracula history (which I'm sure you do if you're on this site), then you know that the first adaptation of Bram Stoker's novel wasn't an official adaptation. Instead it was a bootleg German edition, Nosferatu: A Symphony of Horror, directed by F. W. Murnau, that just had the names of characters changed but basically left the whole plot of the story intact. As odd as the film was, the whole concept of the nasty looking vampire was actually pretty compelling.

Of course, despite the indelible look of the Nosferatu, most adaptations of Dracula stuck to the traditional story. 57 years after the original release, though, another filmmaker elected to do a proper remake of the 1922 silent film classic. Taking direct inspiration from that work, but keeping the original names of the Dracula characters (largely) intact, Nosferatu: The Vampyre gave the iconic Count a second life on the big screen.

Despite the look of the monster, this film is a pretty standard adaptation of the Stoker original. Jonathan Harker (Bruno Ganz) and his wife, Lucy (Isabelle Adjani), live in Wismar, Germany, with Harker working as a solicitor. His sent by his boss, Mr. Renfield (Roland Topor), out to Romania to meet with Count Dracula (Klaus Kinski) about buying a place in Wismar and settling down in the city. Lured in by the substantial bonus the job would entail, and the financial security Johnathan could give to Lucy, Harker readily accepts, heading off to the Borgo Pass, site of Castle Dracula, that very day. Of course, once he gets there he's greeted by the Count and, soon after, realizes there's something wrong with the Count. But, by then, it's already too late.

Soon after securing his new property in Wismar, the Count moves to his new home, secretly boxes full of dirt all around the city (so he can sleep anywhere). He also brings with him a tide of rats who quickly spread everywhere. As the Count feeds, killing whole families, the villagers talk about the spread of the plague, but Lucy thinks differently. When her husband comes home, a shell of his former self, she reads his diary and learns the truth about the Count: he's a vampyre. Now Lucy has to find a way to stop the Count, at any cost, lest he spread like a plague through all of Germany. 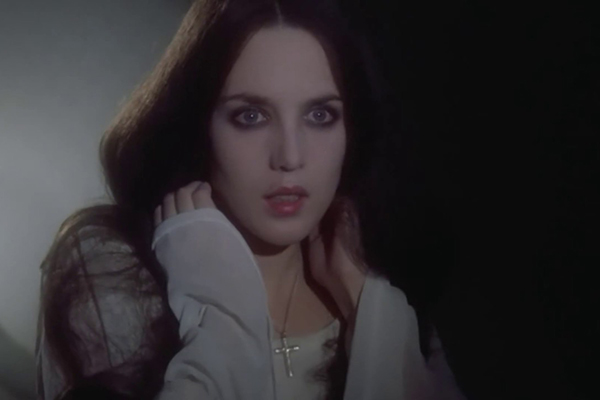 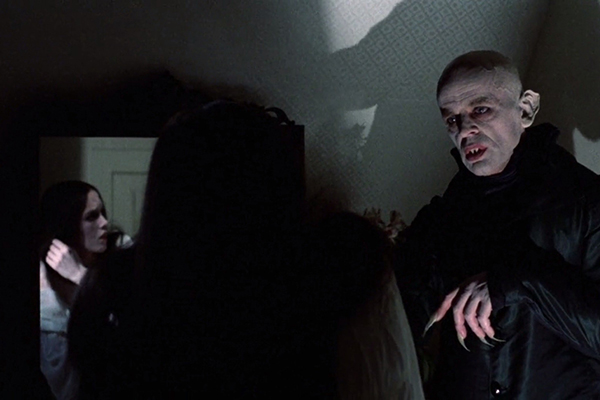 I'm torn when it comes to the 1979 Nosferatu. On the one hand, the film is stylish at times, evoking a vibe in line with the original, 1922 film -- something the director, Werner Herzog, absolutely wanted to maintain. At the same time, though, this is absolutely a film of the 1970s which means is dreadfully, ungodly slow. Like, the film is a feast for the eyes when it gets moving, but then it gets so bogged down that you just want to do anything else while the endless scenes go on and on.

I have an issue with films from the 1970s, which I know I've talked about repeatedly before, because so many of those movies are utter bores. It's like the directors in the 1970s decides that there wasn't an establishing shot they couldn't stretch out, that the film-goers really needed to enjoy every long, slow, panning shot that could be filmed, whether it adds anything to the story or not. Nosferatu: The Vampyre shares in that issue, featuring so many long, slow shots of the characters just walking, or riding, or writing, that could easily have been trimmed down. There's a good fifteen minutes of just establishing shots that could easily have been removed from the film.

When the vampire, Dracula, is on screen, the film does come together. Kinski had energy in this film, a weird and nasty charisma that he clearly modeled on original Nosferatu actor, Max Schreck, and I dig his performance so much. Plus, the Count is the most active character in the film, twitching and moving and always up to something. He's fun to watch as he goes about his mischief, settling into Wismar and becoming a plague upon its people, and if the film could have focused more on him, let us enjoy what he was doing without all the long establishing shots, it would have worked so much better.

Isabelle Adjani's Lucy is already pretty solid, if in no small part because she's the only other character in the film with actual story. Johnathan may be the guy that sets the plot in motion, but once he becomes the vampire's plaything his story is ceded to Lucy. She gets the arc, she figures out who the Count really is, she sets the who back half of the story in action, and it's all grounded by Adjani's performance. I like the fact that the film lets her have the focus, and appreciate it even more for having the main female be the hero despite the fact that the original novel basically shoved her to the side as a damsel in distress. 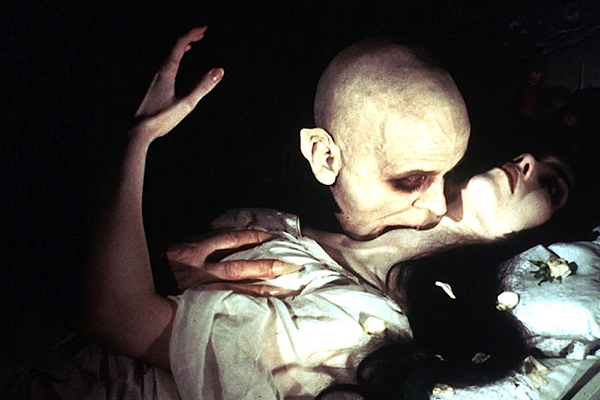 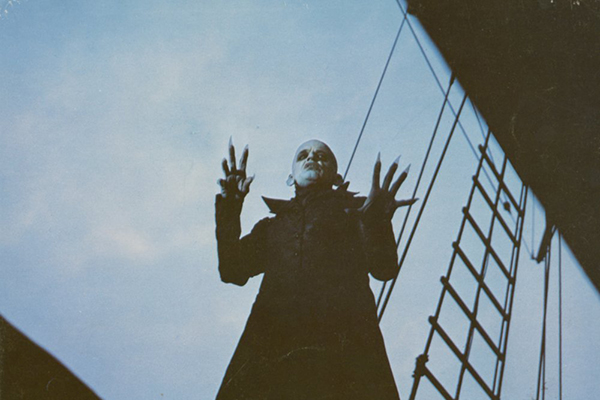 That said, Adjani and Kinski are the only really good actors in this film as everyone is pretty bland. It's true of both the English and German versions of the film -- the movie was made in two languages, with the actors doing scenes in one language and then the other -- but it didn't really matter which version you watch as everyone (aside from Lucy and the Count) is uniformly bland either way. Of course, the fact that the film was done in two languages might explain why it was so slow -- easier to put in scenes of people walking or riding or writing instead of having to film each scene twice in two languages. The less you have to film twice the cheaper the whole movie would be. Establishing shots work in either language.

The film is, in short, flawed. It's pretty, with great Nosferatu effects and a good lead female, but that doesn't make up for bland plotting and a slow pace overall. I like that someone went back and made another Nosferatu movie, I just wish it had been better than this. Their heart was in the right place, but Herzog's Nosferatu is a slog to get through.