The Howling III: The Marsupials 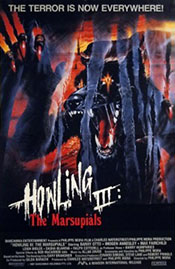 We open with footage of an ancient Aboriginal ceremony as tribesmen dance around another, bound to a tree, with what appears to be an elaborate wolf mask on their head. We then cut to Siberia where a native is killed, seemingly by an animal. An anthropologist (Professor Harry Beckmeyer), attempts to warn the U.S. President of the dangers of lycanthropes but is rebuffed.

Meanwhile, in Australia (where this movie was filmed), a young woman, Jerboa, is on the run from her family. She doesn't want to be like the rest of them, wants to be free, but she's hiding a secret: she's a marsupial werewolf. Can this woman find the life she always wanted, or will she get drawn into the lycanthrope conspiracy, potentially hunted by the world governments just for being a creature of the night?

As the third movie in a series of terrible werewolf films, The Howling III really didn't have to do much to exceed expectation. It either had to be more crazy and over-the-top than its predecessors or, in a different direction, it had to try and tell a more cohesive story. On the first category the movie does an admirable job, being bigger and dumber than what came before. Sadly, by about the halfway mark the move tried to become a "message movie" about tolerance and then it stumbles down into tedium and irrelevance.

Talking about what works, let's just start with the craziest part first: yes, the lycanthropes in this movie are marsupials. Yes, they have pouches, and yes we see one character give birth to a little baby marsupial-critter and then store it in her pouch. It's gross and weird and not something I ever want to watch again, but I have to credit the movie for going there. If the film could have given me more weirdness, I would have been happy. 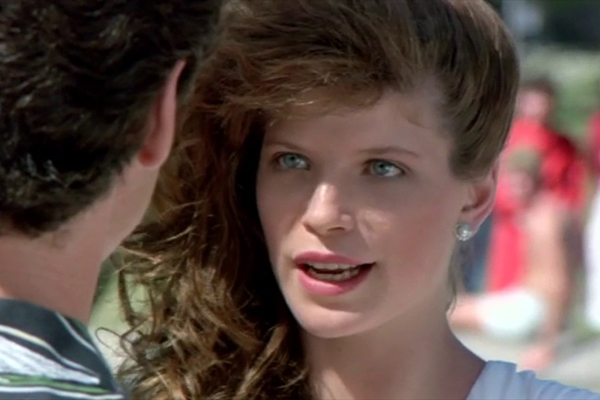 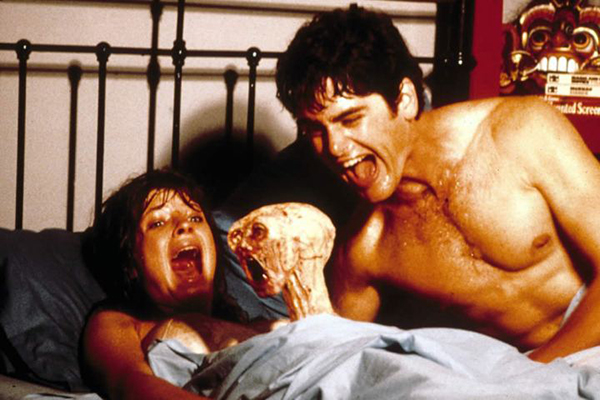 That really strange birthing sequence comes at the halfway mark right before the film takes a turn. Before that, the woman, Jerboa, ran to the city, joined up with a b-movie film crew to film a werewolf movie (yes, the film gets meta, as if it's in on the joke). None of the performances are going to wow anyone in this half of the film but it's at least goofy and dumb. This half is actually pretty enjoyable and gave me hope that the film would, for once, be a watchable Howling experience.

Sadly, after the woman gives birth, the film degenerates in a series of lab sequences as various lycans are caught, studied, hypnotized, and made to describe what it's like to be werewolves. This goes on, and on, and on, and doesn't really inform us much at all about anything. We already know they're werewolves, that they're marsupials, and that they can be forced to turn into their beast forms when exposed to bright, flashing lights (as this is established fairly early in the movie). Nothing in this part of the movie is needed and could easily have been cut almost entirely.

From here, though, we then get the lycanthropes fleeing out into the Australian wilderness to find a new life for themselves. Soon after this, all of the action and horror beats pretty much fall away and we get an overly long montage showing what happens to some of these characters over the next 16 years. Yes, our lycanthrope heroes can live normal lives of not killing anyone, so why don't we all give them a chance (which is pretty much, word for word, stated by one character late in the movie). Finally, the movie tries to wrap everything on a happy note except, no, wait, then one of the lycanthropes unwilling changes, scares everyone, and we're back where we started. Roll credits.

What the hell was the point? The first half of the film was stupid but fun, and then we just get dragged down, further and further, into a story telling us how we should have tolerance for everyone, especially marsupial werewolves. I dunno, film, but I don't think that's a lesson I'm really going to be able to apply in any kind of practical fashion. 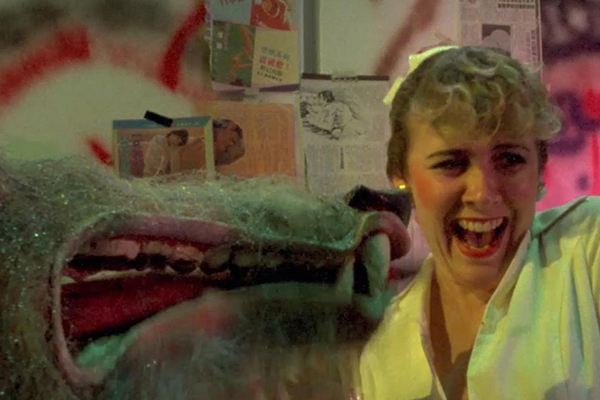 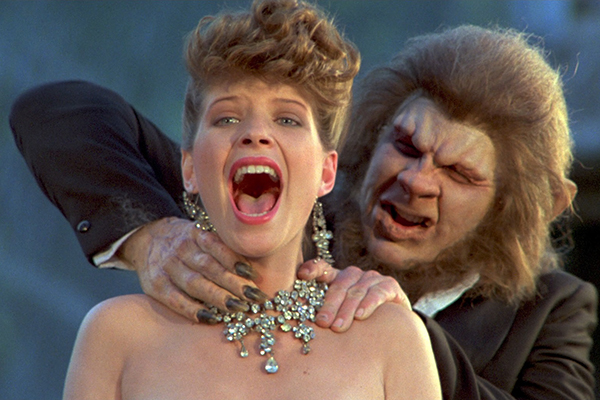 If the movie could have done more in the first half it would have been great. As it is, The Howling III has to pad out its run time to theatrical length and strains under the pressure to do so. As in traditional bad-movie fashion it then adds in scenes no one cares about, loses all pacing, and completely forgets what kind of movie it's trying to be.

So, you know, about par for the course for The Howling\. I really can't recommend this movie at all -- it's really quite bad (although still better than a lot of dreck I've watched). If you just have to see it, maybe turn the film off after the marsupial birth sequence -- you've witnessed all the weirdness this movie has to offer. Just know that after this film the series reboots so maybe, just maybe, the films actually get better. Personally, though, I wouldn't count on it.