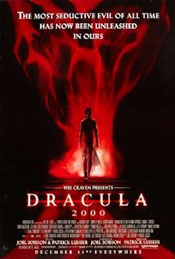 After a very brief scene in London of the 1800s (presumably to give the movie some connection to Bram Stoker's novel, although it's not a necessary connection, certainly), we open (for real) in London of 2000. There we meet a decendent of Abraham Van Helsing, Matthew, who runs an antiquities dealership out of the grounds of Carfax Abbey (a very modern building having been built on top of the old mansion's lands). But Matthew has a secret buried in the deepest vault in the building (one you can probably guess from the title of this movie): he is actually Abraham Van Helsing, and he has the body of Dracula sealed up, locked away for all eternity.

It's a two-fold problem Matthew is stuck with. For one, Dracula is nigh invulnerable. He may have his weaknesses (like religious objects, silver, and sunlight), but he can't actually be killed by any of those means -- they only slow or stun him (unlike any of the vampires he creates). To guard over Dracula, Abraham has been living on small doses of Dracula's blood, searching for a way to rid the world of the foul vampire once and for all. Unfortunately, in using Dracula's blood in such a manner, Abraham accidentally passed a connection to the dark beast onto his only daughter, Mary. And when theives break into Carfax and steal the body of Dracula, all hell breaks loose (a fairly apt description of what happens, if you pay attention to the further twists and turns of the plot to come).

Dracula 2000 was made by Wes Craven not long after his success with the Scream series. This movie is more akin to modern slasher flicks than the Dracula movies of old. Everything is glossy and fast paced, deaths happen quick and without much fanfare, plotpoints are brushed aside quickly to get back to the action and the hot stars, and everything is backed by a heavy rock soundtrack. That's not to make it sound like the movie is unwatchable -- it's not, and I even found myself enjoying it in places. It's just... dumb. Not sexy or horrifying, just dumb. 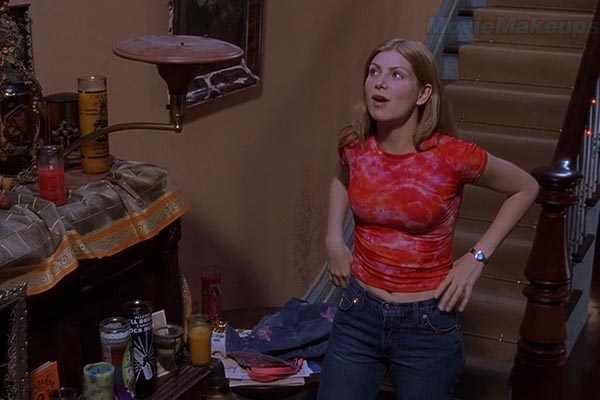 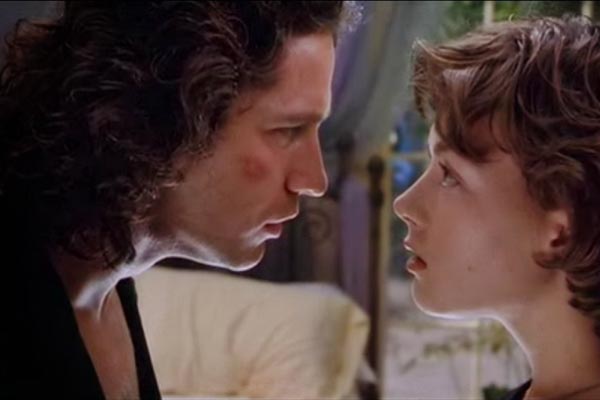 Much of my problem with the film stems from the late-movie twist. For some, I know, it's a great little twist and people love it. For me, it simply ruins the movie. Skip the rest of this paragraph if you want to avoid spoilers: you see, Dracula is unkillable, and has all these issues with religion and so forth, because he's actually Judas Iscariot. He betrayed Jesus, so God turned his back on Judas. That's the big twist, and for someone like me that knows a bit of the history of Dracula, and really couldn't give a crap less if I had an "explanation" for why vampires had vampiric powers and weakness beyond the basic "they've evil and unholy", it's an unnecessary, awful, and pointlessly stupid twist.

Now, if you can forgive that blunder of a plot point (which I obviously can't), what is there to like about Dracula 2000? Well, basically, if you like dumb slasher flicks (which I usually do), it's got most of what you need: blood, tits, and poor acting (although the breasts are in short supply, and the blood looks thick and fake).

Of the actors, Christopher Plummer is the bright point in the cast. He lends his character the necessary gravitas and actually seems like he showed up to turn in a performance, not collect a paycheck (and with a movie called Dracula 2000, it could have gone either way). Gerard Butler also does what he can with the role of Dracula, although mostly it boiled down to "give us your best creepy, sexy eyes, and wander around shirtless".

The rest of the cast is pretty one note -- not really flat performances, just not very good ones. I do feel I should single out Jonny Lee Miller, though. As Van Helsing's assistant, Simon, Miller has a lot of screen time. At the start of the movie, he plays an enjoyable character, but by the end of the flick his snappy, slightly menacing lunkhead becomes whiny and boring (plus his accent is all over the place). 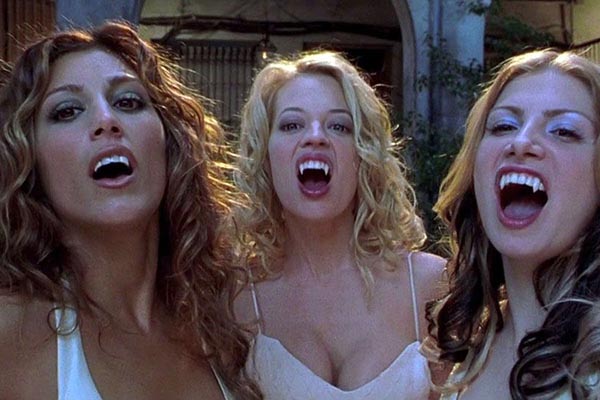 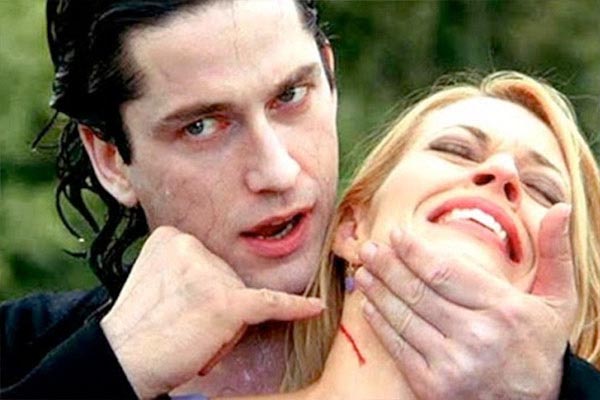 On the technical side of things, while the production certainly feels glossy, it's not very dramatic -- a trait that is generally the case in late-period Wes Craven films. Once we leave England, the sets and costumes range from "nondescript" to "bland" to "oh look! boobs!" This, in and of itself, wouldn't be entirely tragic, if it weren't for the fact that the direction is equally bland. Camera work is lazy, usually choosing for simple camera angles with little movement. There isn't an attempt to frame scenes for horror, just to make sure enough hot stars are on screen to say their lines. This is a movie about vampires, and when I wasn't laughing at an amusing (or awful) line, I was bored, not horrified.

But then, again, that's the current state of slasher movies in the modern age. For a movie made by a slasher director, one who doesn't really seem that engaged with the genre anymore, Dracula 2000 fits perfectly with its ilk.