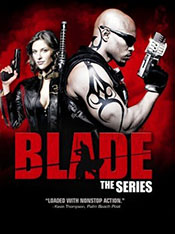 Taking place after the events of Blade: Trinity, Blade (Sticky Fingaz) has come back to Detroit, his hometown, on the trail of a new (to him) vampire: Marcus Van Sciver (Neil Jackson). Van Sciver is the public face for the House of Chthon, one of the more powerful vampire houses. Blade has been doing research into Van Sciver's business, and he believes that Van Sciver is creating a devastating new weapon that can kill vampires on a massive scale.

After her grim discovery, Blade and Krista end up working together, trying to infiltrate the House of Chthon to find out what Van Sciver is up to, and prevent whatever it is that Van Sciver is planning. 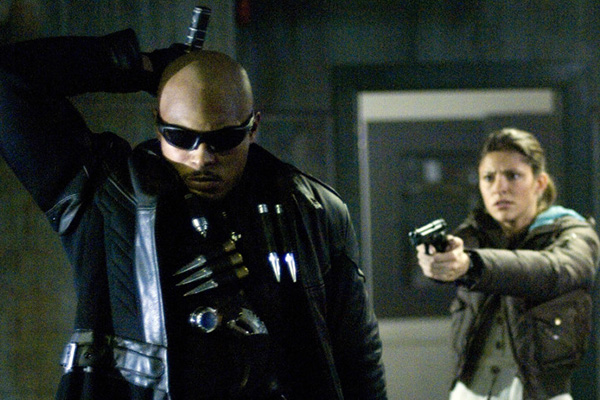 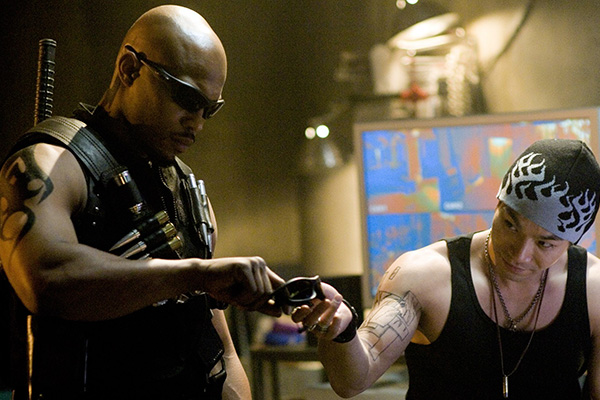 Even this very spoiler free recap of the series shows one crucial point: Blade: The Series does not lack for plot. In fact, of all the Blade cinematic excursions, I'd say the series has the most cohesive, most well thought out story of the whole set. Of course this is aided, in no small part, by the fact that they had 13 episodes to tell a story... but then, they could have just as easily stretched a threadbare story out longer than it had to. The fact that they didn't is commendable enough.

When watching Blade: The Series, the first thing we have to do is forget about Wesley Snipes's portrayal as the vampire hunter known as Blade. Sticky Fingaz is not Wesley Snipes (he certainly isn't nearly as tall), but that's not a huge thing. Sticky imbues Blade with a different kind of menace: colder and crueler. His performance early in the series isn't as strong as it could have been, but he grows into the character, and by the end of the season (sadly, also the end of the series), Sticky has made Blade into his own character -- and, to be honest, I like his portrayal better.

Krista isn't as successful a character. I don't think the fault on this, though, is with Jill Wagner. She does the best she can with the character, but there just really isn't much to work with. Krista is either weak, whiny, or pissed-off; this is just about every scene she has. Sure, maybe Wagner could have done more with the character to give her more emotional depth, but, again, the scripts just don't provide that much leeway to make Krista into an engaging character.

I do rather like Marcus Van Sciver. I think Neil Jackson's portrayal of Van Sciver is particularly strong. He plays the character as cool, smooth, and with a wicked streak he can bring out when need be. Really, the Van Sciver character is the closest the series gets to the classic, romantic vampires, and it's a nice change of pace for the series. 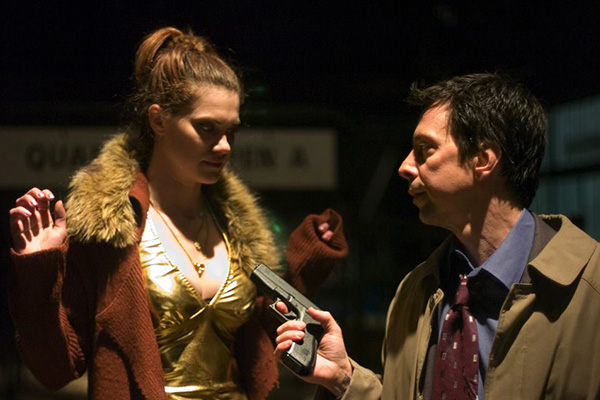 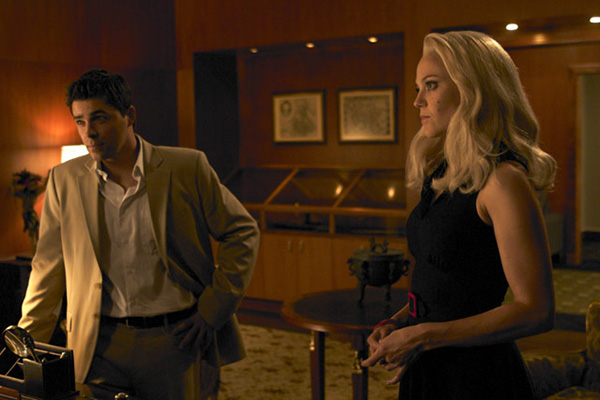 Given thirteen episodes (twelve if you count the two-hour premiere as only one episode), there's plenty of action in the series. While not every episode is action packed, I'd argue that you wouldn't want every episode to be action packed. Spacing the good fight set-pieces out across the series gives each action sequence the right amount of breathing space, allowing them to be appropriately climactic.

That said, the action isn't always as good as it could be. This is in part to the fact that Sticky Fingaz is just not a trained action hero. He does, however, throw himself into the fights, giving them enough energy. By the end of the run, Fingaz has hit his stride, and the fights feel less awkward and more fluid.

Really, there isn't much to complain about with this series. It vastly grows during its run, becoming better and more compelling over time. Had it had a second season, I think the show would have only gotten better. It was a good series, and I would recommend it to just about anyone that has even a passing interest in the Blade character.