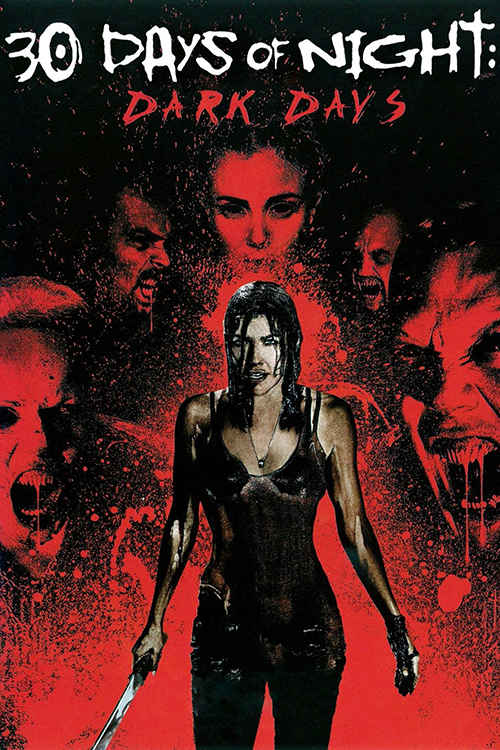 I have a certain affection for vampires. While I tend to think zombies are a scarier monster (especially in this modern era where the idea that the civilization we've cultivated can, so easily, fall apart), there's something interesting about vampires. They're sexy, sultry, with a dark promise of eternal life that, almost invariably, comes with caveats no one expects. Sure, there are some vampires that aren't sexy (Nosferatu, for example), there's a sultry promise to vampires that their undead zombie brethren don't share.

When it came out, the original 30 Days of Night sold itself on its intriguing premise: vampires discover there's a town in the middle of the Alaskan north, where sunlight disappears for a full 30 days. In that time, any vampire that existed at the town could live like a king, feasting while living outside, never once worrying about the light of the sun for an entire month. But that intriguing idea was coupled with vampires that didn't act like the sexy, sultry vampires we've come to expect. Instead they were horrible, gnashing beasts, little more than zombies in their monstrosity. The movie was effective, yes, in part because it didn't feel like a normal vampire film, but there was also a concern about how that idea could be carried out into further stories.

Now, full disclosure here: I have read the original comic of 30 Days of Night and, frankly, I wasn't impressed. The story was okay but I truly hated the artwork, and that went double for the sequel books that were released all of which double-down on the chaotic, painterly art while having thinner and thinner stories at the same time. By the fourth book in the series I abandoned the comics entirely. I like the original movie because it cleaned up the story, translating the art into much more viewable live-action, but I still had my concerns about how this one movie could spin out into further works.

My concern did hold out come the release of the first full-length sequel, 2010's Dark Days (note that there were two short web-series that fit between these two movies, Blood Tales and Dust to Dust, both of which are in continuity as well). While I don't hate this movie I do find it to be pretty threadbare in story and style. It's a direct-to-video sequel that feels like a direct-to-video sequel, and while it tries to expand the story out beyond the original setting of the original film (much like the comics did), it still is lacking something to really sell itself, its world, its story, or its characters. 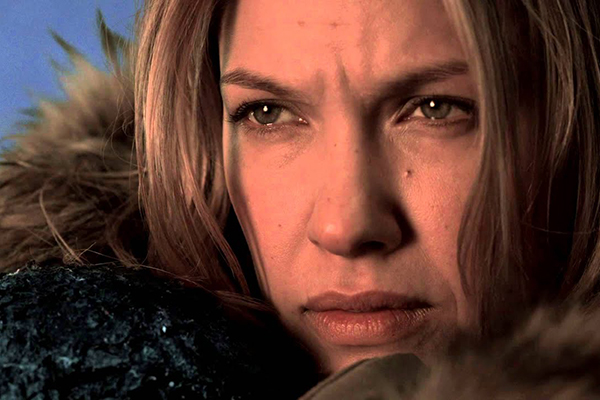 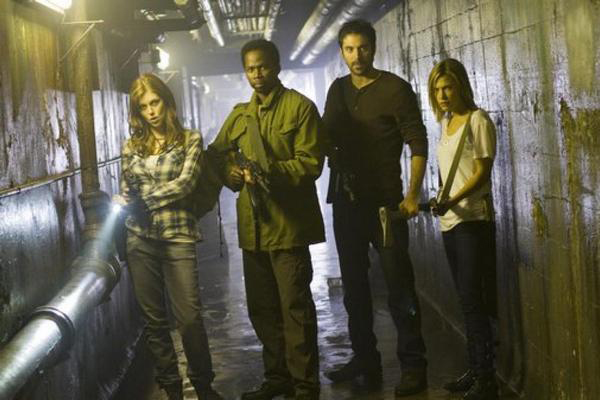 Picking up sometime after the events of the original film, we find Stella Oleson (played by Kiele Sanchez, taking over the role from Melissa George). Stella hasn't been doing that well since vampires invaded Barrow, Alaska -- depressed, angry, and basically on the edge of ending it all. She's been coping by trying to spread the story of Barrow far and wide, to show people that vampires are real and that humans need to hunt them all down and kill every last undead freak. Of course, no one believes her.

Well, no one. The vampires certainly believe her, which is why they've been keeping an eye on her. But there's also a group of vampire hunters -- humans Paul (Rhys Coiro), Amber (Diora Baird), and Todd (Harold Perrineau), led by vampire (still holding on to his humanity) Dane (Ben Cotton) -- and they want Stella's help. There's a new master vampire, a queen called Lilith (Mia Kirshner), and she's organizing a new raid on an Alaskan town come the next long sunset. They have two days to find the queen and exterminate all the vampires she's called to her side before another town is slaughtered. But it won't be easy to take her out as she's expecting their every move and is ready for them.

The original film gave us a weird, twisty premise that, due to its setup -- vampires given 30 days of free rein -- could reinvent itself regularly. It was like a zombie apocalypse film told in miniature (a single town instead of the whole world), a locked-room thriller, and a good vs. evil battle all told at once, and as the movie evolved it hit upon each of these points and explored the various permutations therein. Dark Days, by comparison, has none of that creativity; it's a very linear story with a beyond-simple plot and an obvious and expected end-point. The story lacks imagination, taking the world of the first film and telling a very simple and rote story; if you've watched any kind of vampire cinema you've already seen dozens of versions of "we have to hunt down the master and kill them!" and this is no different (go read our review of The Forsaken for a film made nine years earlier with the exact same plot).

It's tragic, really, because the couple of times the film does try to get creative -- Dane and his ability to keep his humanity even though he's a vampire, or the Queen and all her potential machinations and plans -- the film glosses right past them. It wants to focus on Stella, to tell her story thoroughly, but it never recognizes that Stella (hollowed out and empty of everything but anger) is the least interesting character in the movie. If it had used her as a springboard to explore an eternal battle between Dane and Lilith it might have been a much more interesting film. 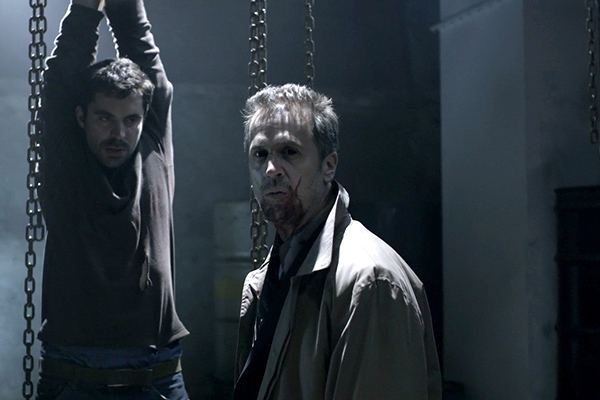 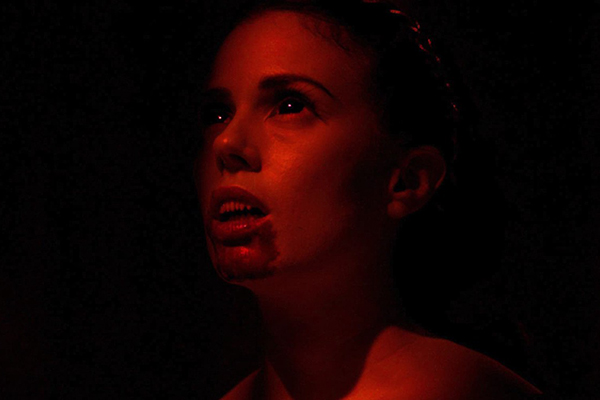 What Dark Days has going for it, really the only thing that works in the film's favor, are its actors. Although Stella was played by someone I'd never seen before (she takes a lot of bit parts in B-movies, go figure), the actors around her were great. Rhys Rhys Coiro (who played the mad writer/director Billy Walsh on Entourage) brings a quiet intensity to his role as Paul. Harold Perrineau (from the second and third Matrix films) is really likable as Todd, giving the group of hunters one person with warmth and humanity. And Mia Kirshner (who has experience in vampire works like Dracula and The Vampire Diaries) somehow takes the underwritten and largely characterless Lilith and makes her into something interesting. These are all characters that should have been given more time instead of being dragged along by Stella.

I get it, Stella was the focus of the sequel comic series (also called Dark Days) and this movie was designed to be a straight adaptation of that book. I just think the producers should have gone a different direction with this film, tell a different story inspired by that book. That or, if they had to make this movie this way, cast someone else other than Sanchez because she's the weak link in the film (maybe switch Sanchez for the vastly more interesting Kirshner and don't bother explaining why the blond character in the previous film is now a brunette). At the very least it could have improved this utterly average and pretty unmemorable film.

There's nothing horribly wrong with Dark Days but there's also absolutely nothing about it that makes it special, either. The original film had at least an intriguing idea (whether you liked the final product or not) but this film squanders all that potential to tell a story we've seen before, and tell it with a yawn. I don't think you'll hate this movie once you've seen it as it's a perfectly acceptable film. But a couple of hours after you've watched it you'll totally forget everything about the film you just watched. Not a great way to finish out this little series.