Long ago, a great warrior, Zangetsu, was attacked by demons. They cursed him with evil powers, drawing the darkness from the moon itself. After the vicious attack, Zangetsu swore to find the demons wherever they may lie and kill them. His quest takes him out of his homeland in the East, sending hi across the globe to wage righteous justice.

Curse of the Moon 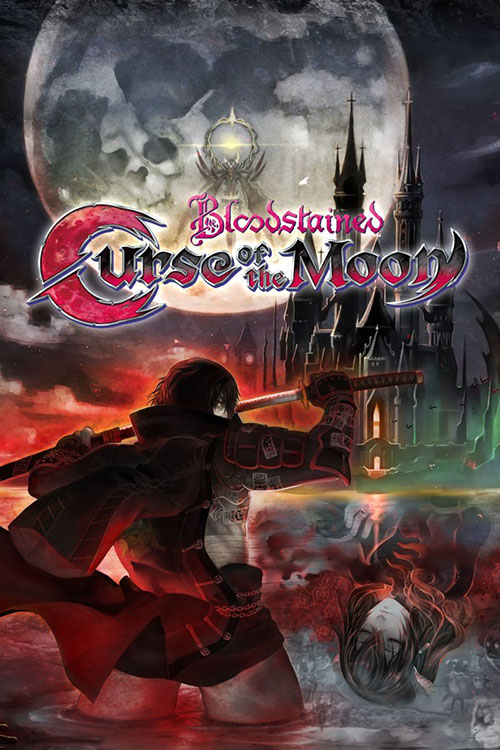 Zangetsu's journey of vengeance led him to England where he found a nest of demons. There he fought his way through a train station onto a demoniacally possessed train. Defeating the golem-like demon infesting the engine, Zangetsu freed Miriam, a fellow demon hunter on her own quest for holy justice. With her assistance the two then ventured into dank underground caverns (freeing the alchemist, Alfred) and through a sandy vault (freeing Gebel) all before moving on to the dark abode of the demons.

Once inside the castle, it took the combined powers of all three heroes to traverse the many traps into the tower of evil. Their fight led them through the fortress to battle with Bloodless, an Elizabeth Bathory-type villain who bathed in blood. They then fought past Bathin, a fast foe with control of lightning and electricity. Finally, they reached the top keep of the castle where they found the true evil, a vampire-like lord named Gremory. The demon lord was not so easily defeated, and the heroes had to chase his essence to the very top of the tower to finally kill the demonic foe.

While the demon Gremory was defeated, the dark magic contained within him was unleashed. Zangetsu was lured in by the power and taken over by it. His party fled while the once great hero became the new dark emperor of evil.

Regrouping back outside the grounds of the castle, the heroes knew they had to fight through the demon's abode once more to free their companion from the demon's magic. Venturing together (and using their combined powers to find new areas of the grounds to explore), the eventually made their way back to the castle keep. This led them into a new area where they confronted the new Dark Emperor, Zangetsu. With his evil magic, the dark lord stunned Alfred and Gebel, leaving only Miriam to battle on. However, has his magic shifted through the battle, each of her companions became available to aid her at times, allowing the vampire huntress to deal enough damage and defeat Zangetsu.

The darkness defeated one last time, our three remaining heroes left the castle. They knew that while they had killed Zangetsu they had at least freed his soul, sending it on to its rightful afterlife.

Instead of collecting the other heroes along his journey, it's possible for Zangetsu to simply kill them a steal a power from each dying hero. Although you can play the entire game this way, for some fun, evil action, this version of events is not considered continuity (if for no other reason than the other heroes show up in the sequel, Ritual of the Night), but it does unlock the very bad ending of the game, "Emperor of Darkness".

There are actually multiple endings of the game depending on how many companions you take and which play-through you are on. The whole, official story only comes to be if you play on Nightmare mode (thus seeing the final stage and saving Zangetsu's soul). If you play on normal mode you just get a "To Be Continued" ending (hinting that you should play through again).

This game is billed as a prequel to the originating game in the series, Ritual of the Night. The events of this game (if they take place in the same timeline as any other games in the series, a question we still have due to the conflicting stories of each of the games so far), have to take place at least eleven years before Ritual as Miriam eventually spends 10 years in a coma due to the Alchemists and the spells they cast upon her (to make her a shardbinder), and Curse of the Moon 2 is a direct sequel to this game. As such, our best guess for a date for this game (currently) is 1782 AD.