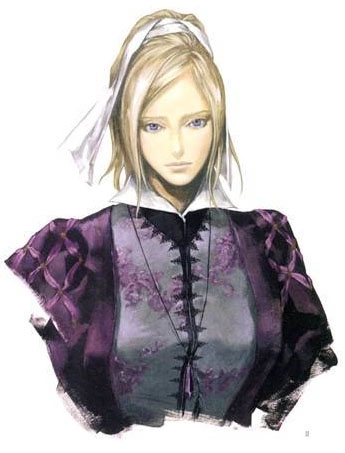 You would be forgiven for thinking that every witch and sorceress in the whole of the Castlevania series were part of the Belnades clan. Most of them are, that's true, but there's so much magic at work in the series that it would be weird if the Belnades (and Fernandez, and Aulin) ladies were the only ones that could tap into it. Heck, of the few magic users we've seen outside that clan, all of them have been evil (Actrise, for example), as if implying that the Belnades ladies are the only good witches around.

There are some good witches in the world not related to the Belnades clan, though. One of them, Julia Laforeze, actually works as an ally of a hero, Hector in Castlevania: Curse of Darkness. Yes, true, she is related to the game's villain, Isaac, so it's not like she's completely unblemished by evil, but she rises above it and that counts for something.

So, that makes... one good witch in the whole series that isn't related to the Belnades clan. Right... 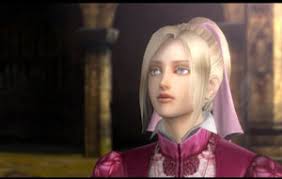 Born to the family Laforeze, Julia was one of two children that generation, the other being her brother Isaac. Although Curse of Darkness doesn't go into too much detail about their pasts, we can infer that they came from a clan of magically-inclined folk as both Julia, who works as a healing witch, and Isaac, who becomes a demon forgemaster, show strong magical talent. Presumably, for those with magical inclinations, it's a razor's edge that they have to walk on between good and evil; Julia decided to help people while her brother went right down the path of evil.

That didn't stop her from caring about him, or worrying about how he was doing. After Dracula's Castle fell in 1476 AD, Julia knew her brother would be sent reeling, lacking his position at Dracula's right hand. She worried about the trouble he'd get in to on his own, what pain and suffering he might inflict on others. And, sure enough, Isaac eventually went after he one-time co-worker and friend, Hector, killing Hector's wife Rosaly (well, engineering her death at a witch trial). This sent Hector on a path of revenge, all part of Isaac's plan.

Tracking Isaac, Julia encountered his foe, Hector, in the Baljhet Mountains. When Hector first sees the witch he mistakes her for Rosaly (whom she does bear a striking resemblance), but he is dissuaded from this once she introduces herself. Hearing of his quest, and Hector's plans, Julia volunteers to assist him, providing healing, assistance, and selling items. Although initially she doesn't reveal her familial connection to Isaac, she eventually tells Hector all about it. She then begs him not to kill her brother out of revenge, instead hoping he'll choose to spare her brother's life. Hector agrees, as this request came from a place of goodness.

Later, as Hector and Isaac fight, having their last duel, Hector remembers Julia's words of warning and chooses to spare Isaac's life. Unfortunately this reprieve is only temporary as Isaac's life, and soul, are claimed anyway by Dracula, making Isaac the new host for Dracula's magic. This then led Hector to a final confrontation with Dracula, defeating the Dark Prince and releasing him, and Isaac, from this world. As the castle crumbled around him, Hector was saved by Julia. The two escaped, watching as the Castle collapsed back to dirt and ruins.

Standing outside the castle together, Julia and Hector decide to join together in a new home, first as friends (although, eventually, romantically as well). Peace was restored to the land for a time and Julia, and Hector, found their own kind of peace as well in the end.

Along with this game, Julia also appears in the Pachislot Akumajo Dracula II game that's related to this adventure. Of course, so little is known about that title to Western audiences, so all we know is she shows up... and that's about it.