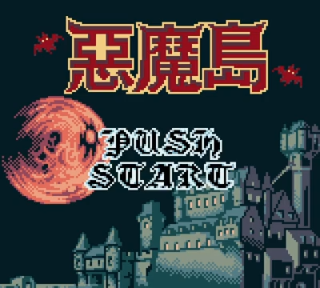 Bootleg games are as much a part of the video game landscape as any of the legitimate games that have been released over the years. For every big official release you can bet there are people out there trying to find way to (deceptively) make money on the hard work. This has gone on since the start of video gaming in arcades, when titles like Crazy Kong and Ms. Pac-Man came out to capitalize on the success of more famous original titles (although in the case of Ms. Pac-Man, that hack was later picked up by Midway and made an official title in the series). Where the games go, pirates and bootleggers are sure to follow.

Castlevania is no stranger to having its games bootlegged, and we've even covered one "famous" bootleg, Castlevania DX, a Castlevania: Harmony of Dissonance clone with a few interesting ideas muddled under a lot of programming faults. That game, though, seems like a total masterclass in bootlegging in comparison to another ripped off Konami title, the 2002 Chinese-made Devil Island. This game is frequently unplayable, often confounding, but also a total rip-off from a better made, and more interesting, official title.

Directly based on Getsu Fuma Den, Devil Island (also released under the title Castlevania 2: Record of Getsu Fuma), this GBC release (if we can even considering bootlegs "releases" in the classical sense of the term) steals the main play mode of Getsu Fuma Den, recycling it out with arguably downgraded graphics. The hero (presumably Getsu Fuma or some nameless Belmont) starts at the edge of Devil Island, on the overworld, and has to explore the top-down world, coming across various demon-infested areas. Enter these zones and the player is forced into side-scrolling action sequences as they battle the demons to reach the end and get back to the overworld.

If you've played Getsu Fuma Den (which, considering it was a Japan-only release for the longest time, not many players, or even fans of the Castlevania series, may have played that game) then all of this will be very familiar. The player explores around, finds demon zones to battle through, shopkeeps to buy from, items to aid them in their travel, and so forth. As far as bootleg go, this one is pretty faithful to the basic concept of the original Getsu Fuma Den... up to a point.

One big change is that the third play style of the game, the forward-facing dungeon sections, seem to be missing from this game. I say "seem to be" because, honestly, it was very hard to figure out where I was going or what I was supposed to do in this game after exploring around for a while. A big part of this is because the whole game in in Chinese. This is a Chinese bootleg, after all, made for their underground gaming market during the period when China wasn't allowing "official" video game releases in the country (but shady shadow outlets were tolerated if not officially approved of). No one has bothered making a translation for this bootleg (and why would they when the official game exists) so you'll be lucky to navigate through this title properly on your own. 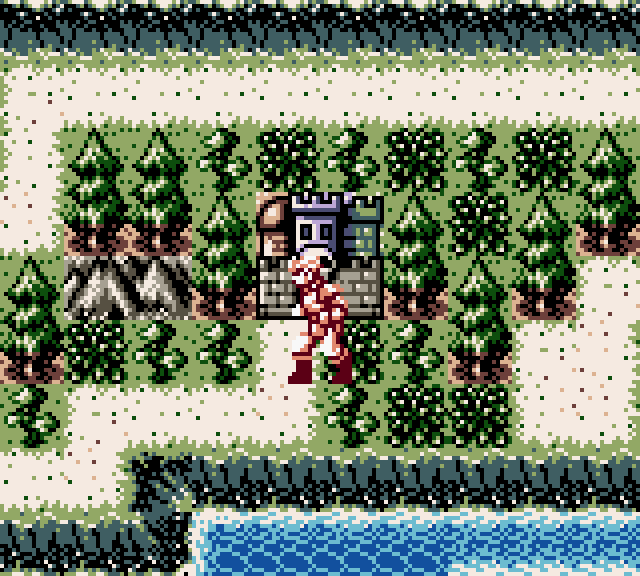 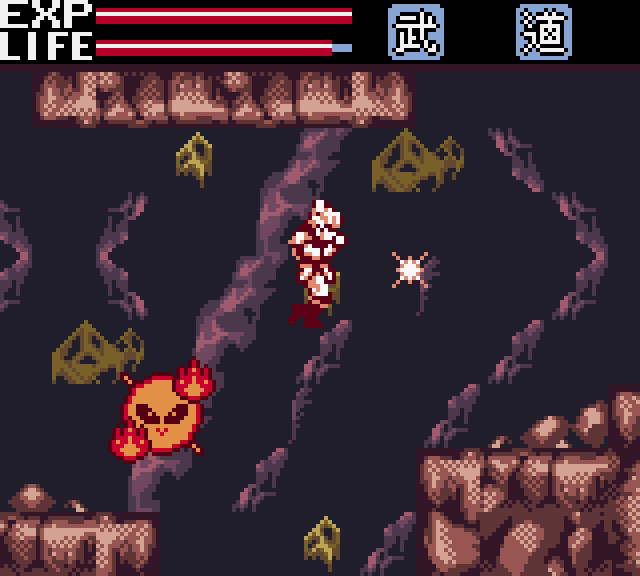 The bigger issue I had was that the copies I could find of the game were pretty unstable. This might have just been the rom sites I was visiting (I don't live in China to be able to track down a two-decade-old bootleg, and considering it is a bootleg I don't feel as bad about bootlegging off the bootleggers for scholarly purposes) but I couldn't get the game to stay functioning long enough to beat it even when I could make my way through the various twists of the game. Eventually the game would lock up on me, hit some bad bit of data, and then die. I really wasn't sad about it.

Like most bootlegs, this game is a mishmash of whatever the developer could find. The game is Getsu Fuma Den but the graphics and sound come not only from that title but also the Castlevania series. Honestly it's rather impressive that the designers decided to steal from a deep-cut of Konami's back-catalog considering we were still eight years out, at the time, from the official release of Castlevania: Harmony of Despair which, via DLC, brought Getsu Fuma and his world into the Castlevania series. That's some future sight there, I must admit.

Likely the reason they pillaged off Getsu Fuma Den was because it was such a deep cut. People that didn't know any better might have been duped into thinking this was a much more creative exercise than it was and enjoyed the game more despite how liberally stolen it was. I do applaud the designers from finding a good game to steal from, but naturally we have to also condemn them for putting this much work into something that was so clearly stolen. That was the nature of the Chinese market at the time, sure, but that doesn't mean we have to condone it.

And, frankly, even if I could have gotten the copy of the game I was playing to stay stable and run all the way to the end I doubt I would have wanted to finish it. Despite its creative liberties taken, the game is still another nearly unplayable bootleg. Hit detection is spotty, controls are wonky, and everything has an unfinished feel to it (long before you get to the point where it just randomly crashes on you). Were I a Chinese kid and this was a game I'd picked up from some street vendor, I would have been pissed I'd wasted my Yuan on this. It's a neat enough idea, side-converting Getsu Fuma Den into a GBC game, but the execution was lacking (as it usually is in most bootleg games).

There are worse sources to draw from in the bootleg world -- at least this wasn't yet another game stealing the levels and game play from Super Mario Bros. -- but end of the day what really drags this game down is how sloppy it is. It's a good thing there are legal ways to play Getsu Fuma Den because I'd hate it if this bootleg was the only way to experience that hidden Konami classic.