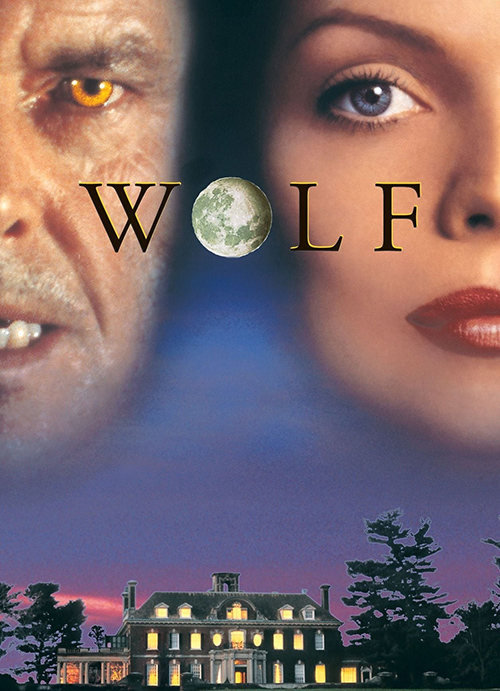 It's probably trite to say, but there are some movies that stick with you and some that don't. The movies that stay with you could do so because they're pretty awesome or because they're just so awful. But in the middle area resides some films that are neither stellar nor bad, just so basic and middling that they appear, get watched, and then vanish into the ether never to be thought of again. 1994's Wolf is just such a movie, a film that actually did pretty well at the Box Office ($131 Mil against a $70 Mil budget) but seemingly vanished from everyone's minds the second it left theaters.

It's not like the deck was stacked against this movie. It had Jack Nicholson and Michelle Pfeiffer at the heights of their careers, as close to A-list as either of these stars would be. It also had James Spader, who was on the rise at the time, and fantastic character actor Christopher Plummer, one of the legends of the industry. Its star power was on point, certainly making it a draw for viewers. Once the film finished its run, though, it loped off into the woods to live among it's people, the other thoroughly mediocre films that were quickly forgotten.

Legitimately I didn't remember this film existed until I stumbled across it while surfing through streaming services, trying to find a horror movie to watch. "Oh, right. Wolf. That is a movie that exists." That about summarizes the place Wolf takes up in the pantheon of horror cinema: it exists. It has existence, and you know it was there. But you don't really care about it or ever want to go back to watch it again. Once you've seen it, you're done with it and want to move on to other, more interesting fare.

In the film we find book editor Will Randall (Nicholson) driving home in the dead of night after working to sign a recalcitrant author. It's a snowy, icy night on the roads, and Will's car spins out after he accidentally hits a wolf. He goes to check on the creature, which only rewards him with a nasty bite on the hand. He runs off, the wolf runs off, and the two will never meet again. However, its mark on Will, and the wolf that will slowly grow inside him, with remain for some time. 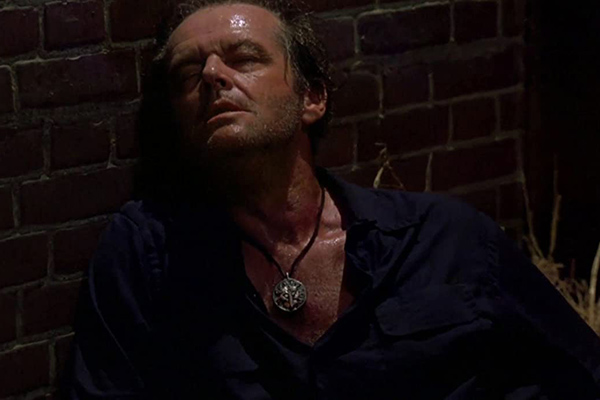 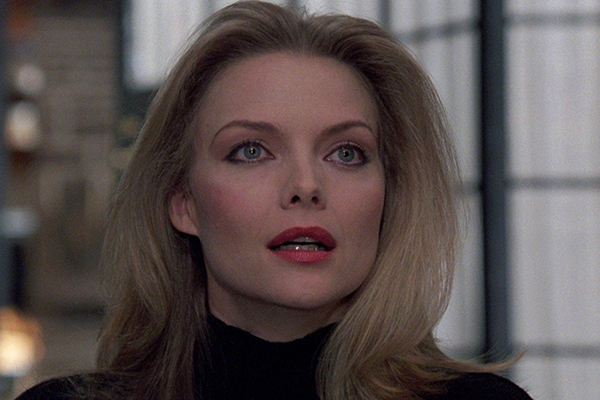 Not that Will immediately understands what happened. He just thinks he might be a little sick, not from rabies but just a little off. But after a long night of sleep, suddenly he feels a million times better. He can hear better, see better, smell better, and he has so much energy. It gives him the drive to try and fight off a young colleague, Stewart (Spader), on the hunt for his job. And, once Will catches his wife, Charlotte (Kate Nelligan) in bed with Stewart, Will dumps his woman for someone new and exciting: young ingenue Laura (Pfeiffer). But can Will have the life he really wants, or will the wolf take over until there's nothing left of Will inside?

Wolf dresses itself up as an artier take on werewolf cinema but it isn't really able to pull it off. It gives all the characters lavish lifestyles, shows up some lovely settings with rich people eating rich things, but end of the day this is a pretty basic werewolf flick. Despite its upper crust trappings the film simply can't help basking in its baser instincts from time to time. This leads to struggles because the film doesn't really want to be a horror film but it can't help but indulge, creating a wobbling tone that never settles.

On the one hand we have Will in a fight for his job at the publishing firm, fighting off the effects of a merger (and a sniveling toady working to steal his job). This is a compelling story that actually works on its own without the need for a werewolf story thrust into the middle. Will battling Stewart and then (once Stewart kills Charlotte and frames Will for the crime) dealing with police while trying to clear his name is a solid movie all on its own. It absolutely doesn't need a werewolf tale in the middle of it.

Meanwhile, the werewolf aspects are where the film loses its footing. Despite its R rating the movie never really wants to give us the goods. In indulges in little flashes of werewolf powers -- his scenting, his hearing -- and occasionally has Will go off on the hunt, but it never really unleashes the beast. We get cut-aways, sounds of ripping and tearing, but never any actual solid creature effects or gore. It wants to have the fun of including a werewolf in the piece but then it keeps everything bloodless. The scenes neither work in the context of the story, nor does it indulge enough to bring joy to the horror watchers in the audience. It's the worst of both worlds. 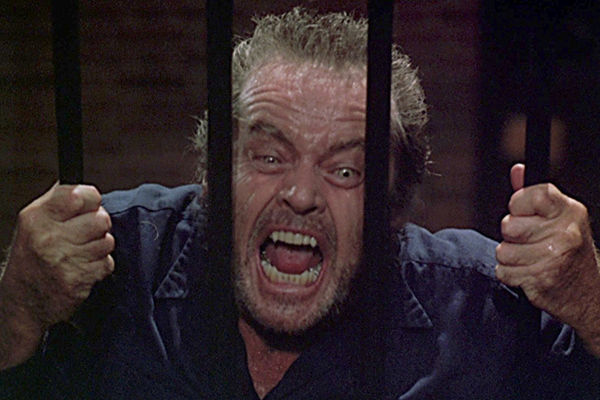 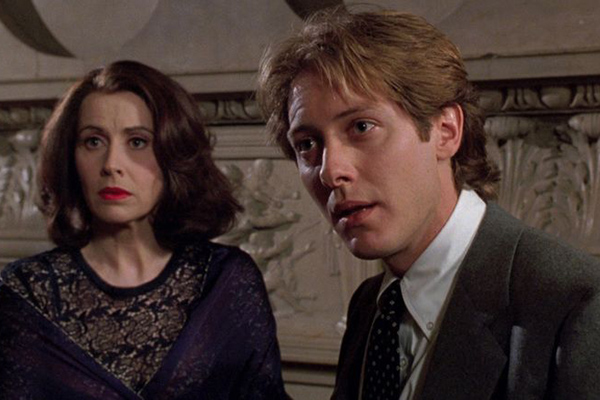 A werewolf film that neither needs nor wants its wolf involved in the story isn't a very good werewolf piece. Some credit should be given to the production team for trying to dress up werewolf fiction and make it arty (in much the same way that Dracula '92 tried to tart up vampire cinema), but the team is never really able to make it work. This film is better as just a crime thriller than as a werewolf movie, but considering the goal was to make a good wolf film there was nothing that could be done about that.

The only reason this film works as well as it does is because the actors involved are really great. Sure, Nicholson just does his Nicholson thing, playing the same character he always plays, but considering there's always something just a little bit feral about the actor it does work here. Pfeiffer manages to elevate a thankless and underwritten role as Will's young long interest, while Spader is able to play his slimy self to perfection. You like watching the actors go through these roles, and when they can just focus on the interactions between each other this film sings. It's just when the movie decides to throw the werewolf into the mix that it all falls apart.

The wolf, the required part that makes this into a horror film, is the least interesting part of the movie. It's easy to think this film could have been a classic if it didn't have a werewolf in it at all, but by splitting focus and adding in a supernatural element, Wolf ruins a perfectly good crime caper. The horror trappings betray the movie, turning something good into the film everyone forgot about the second it was done with its theatrical run. No one will lament what could have been for Wolf because, were it not just sitting on a streaming service, waiting to be watched, no one would remember it at all.