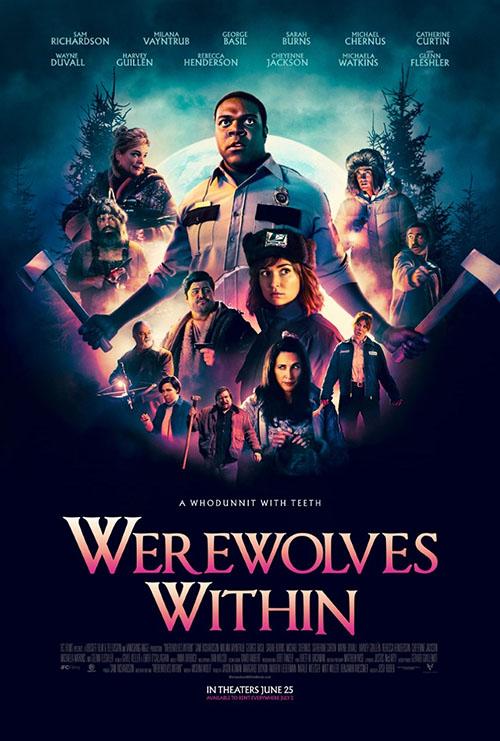 As an obvious fan of horror (considering how many films I've written about for the Horror Cinema section of this site) I do appreciate when films are able to do something new and interesting with the genre. There are so many films covering vampires, mummies, werewolves, and other classic creatures, but very rarely do they really have something new or interesting to say about the genre. Often they just play into the tropes, and while that isn't always bad (a good vampire movie can be a good vampire movie simply by doing the thrills and scares well), it is nice to find something that sits a little different on the horror shelf.

Werewolves Within is a horror comedy based on the Ubisoft game of the same name. That title was a VR game, but it honestly has it's DNA back to an even older card game, Are You a Werewolf?, which pit players around a table against each other to find out who was a werewolf before their entire "village" is killed. Taking that concept all the way through to this 2021 film, we have a movie about a dopey forest ranger coming to a town only to discover people dying off, one by one, apparently from a werewolf. Who the werewolf is, and what happens next, gives the film its meat and scope, along with its connection right back to the source material. It's pretty inventive, taking the base game to make a horror/comedy that plays like equal parts werewolf thriller and 1985's Clue and, credit where it's due, it's a solid mix that makes for an entertaining, and fresh feeling, genre film.

Sam Richardson plays Finn Wheeler, our federal forest ranger who's come to backwater Beaverfield ostensibly to watch over the proceedings as an oil pipeline is voted on and, potentially, constructed. He's also just there for some time away from his girlfriend (or, really, ex-girlfriend, although the fact that he's been dumped hasn't quite sunk in yet). Moving in to the local lodge while he waits for his permanent residence to be ready, Finn meets Cecily Moore (Milana Vayntrub), the new post office employee (and only postal deliverer for the city), who just started a month ago when the previous postal worked disappeared (it's presumed he ran off with chippie-on-the-side, except the audience knows the truth). In reality, though, he was eaten by a werewolf, and now, 29.5 days later (as the opening of the film tells us), the town of Beaverfield could be in for a massive werewolf attack. 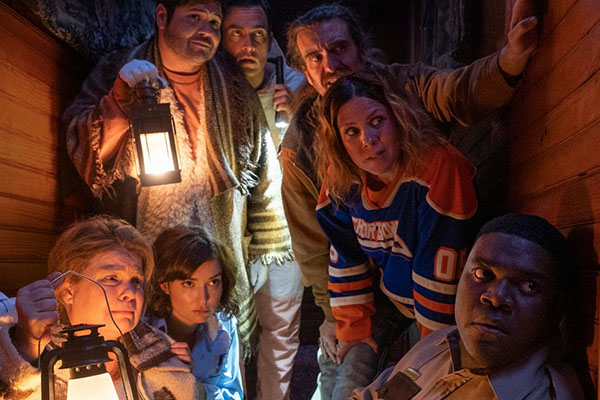 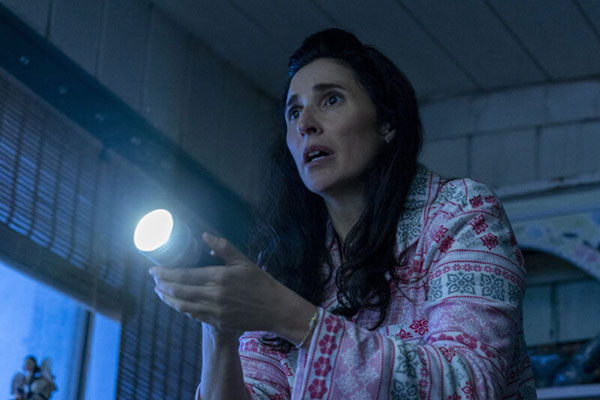 First one of the neighbor's dogs gets eaten. The all the generators in town are taken out, apparently by claws, right before the power leading into town goes out. Everyone in town ends up at the lodge, huddled together against whatever could be outside. Someone (or something) is killing people and, one by one, they start to get picked off. It'll be up to Finn and Cecily to figure out who or what is murdering everyone and stopping them before they can kill again.

Although the film is a werewolf film, at its core Werewolves Within is really a film about a dopey guys that ends up in a horrific situation well over his head and just had to try and keep up so that he doesn't die (while everyone around hi gets eaten in graphic, and bloody, ways). In that regard it reminded me of Evil Dead and its sequels, just with someone a little nicer than Ash in the center of the carnage. Sam is a dopey but sweet guy, one who admits he's nice to a fault, and he's played with charm and humor by Richardson. This character anchors the film and makes it funny and very, very watchable.

It is a werewolf film (or, really, once we see the monster, a "wolf man" film if you want to parse it and quibble over the details), though, so horror and gore do take over at a certain point. For my money this is actually where the film loses a little steam. It's not just the reveal of the monster (which I didn't quite feel fit the characters, but maybe that's just me) but the fact that the film seems less interested in doing actual horror than poking fun at the yokels and having them throw barbs at each other while horror stays on the fringes. Again, it's like Clue in that having all the players bounce off each other in that movie is hilarious but the movie drags a bit when it focuses on its actual mystery. The same thing happens here, but as long as we get the townspeople bouncing off each other, and Finn, the movie breezes by.

Some of this is likely in the hands of the director, Josh Ruben, who seems best in his element dealing with people (and not horror). He did direct the small film Scare Me back in 2020, and that was about two people trying to scare each other by telling stories, so the direct is most comfortable having people talk. That comes across here, but considering the director has only mostly done small films and shorts before that, I think he needs to work up a little more to true horror. The intelligence of how he handles characters is there, I just don't think he's quite comfortable once action is needed. 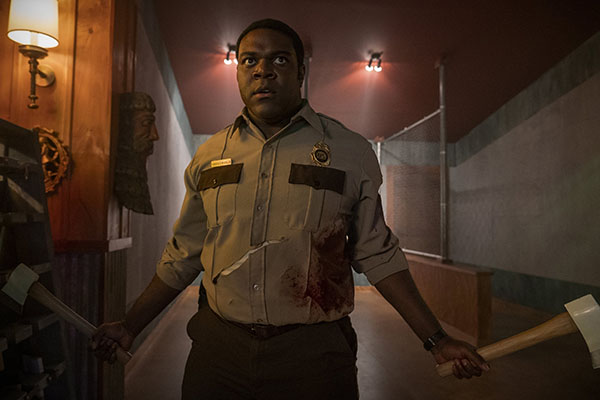 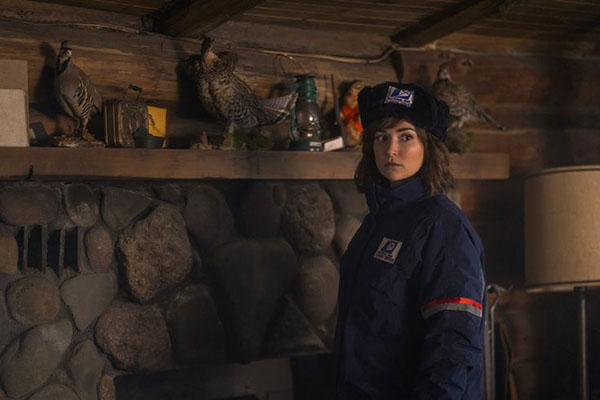 That said, the film does some things right. It sets up its diverse set of characters from around town and gives each of them just enough development that you know who they are as people. While none of them come across as "the werewolf", that does aid some of the mystery around the piece. And there are clues that are slowly dropped if you're pay attention (including an early 1990s music cue that, if you know anything about the band, does make sense when the mystery is solved). All in all the film does so much right, from the characters to the humor, that it's hard to really be mad when things aren't quite so good at the end.

Werewolves Within is a bit messy in its last act (and not just from the gore) and maybe doesn't quite get things over the finish line as well as it could have considering its solid first two acts. And yet I still enjoyed it; it's funny and dopey with a bit of heart (and a lot of blood) and it's hard to hate a horror comedy with all those elements at play. It might not be the best but it's still solid and fun and that counts for a lot.