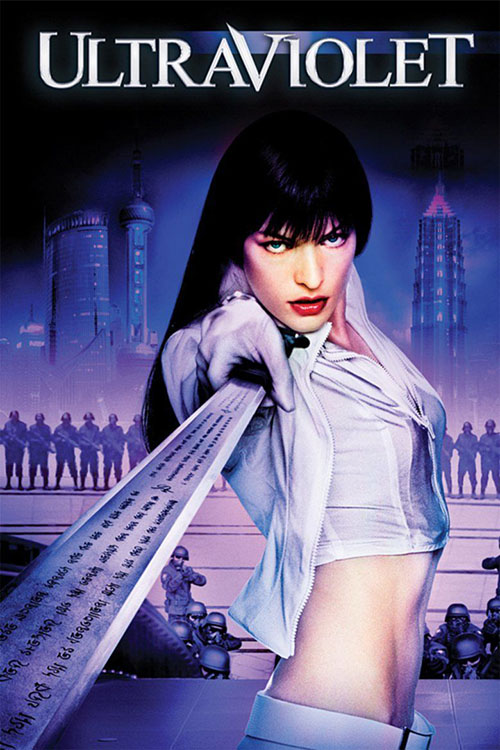 Sometimes you watch a film and you just have to wonder, "how did this get made?" The film went through the Hollywood approval process and various producers read the script, approved the crew, hired the cast, and then watched the dailies as the film came together, and through all of that they said, "yep, this sure seems like a winner." Then, when you watch the film, you're forced to behold the absolute, monstrous, mind-boggling train wreck that is the finished product. "No one in their right mind would think this would, in any way, be a hit film, would they?"

That's the thought process I had, at least, when watching through Ultraviolet, a movie so astoundingly bad it feels like it set human civilization back at least a decade. Directed by Kurt Wimmer, who also directed the stylish but insubstantial Equilibrium, as well as the 2020 Children of the Corn remake that no one remembers, this film is entirely about flash and style without any substance whatsoever. It's an empty, hollow, stupid work of fiction that makes up its own rules as it goes along, wildly shifting around it's story to suit whatever random idea the writer (who was also Wimmer) had from scene to scene, all to build to the biggest, loudest, but also worst filmed climax I've seen in some time. This film isn't just bad, it can be held up to other films so that those films know, "don't do this." It should be taught in film school as an abject lesson in failure.

In Ultraviolet we find ourselves in a very sleek looking post-apocalypse. Years earlier a plague spread across the world, infecting some with a virus that, effectively, turned them into vampires (called "hemophages" in this film). Fearing what these vampire-like creatures would do to the rest of the populace, the government starts a war to eliminate the hemophages. This forces the vampires to go underground, fighting a guerrilla war against the government and their corporate agents backed by the pharma company ArchMinistry.

Over time the ArchMinistry usurps the power of the world governments, becoming the strongest government body all on its own. Against that force, the hemophages have to send their best agent, Violet Song Jat Shariff (Milla Jovovich). She's specifically sent on a mission to steal the ArchMinistry's new weapon, an antigen device that could instantly wipe out all of the hemophages. Except, instead of a weapon what Violet finds is a child, Six (Cameron Bright). Somehow he has, within his DNA, the code to wipe away the vampires. Violet has to choose between protecting her fellow vampires or saving a kid, a choice that is going to put her on the wrong side of, effectively, everyone. Can she save her people and fight the ArchMinistry, all while saving the life of this child? 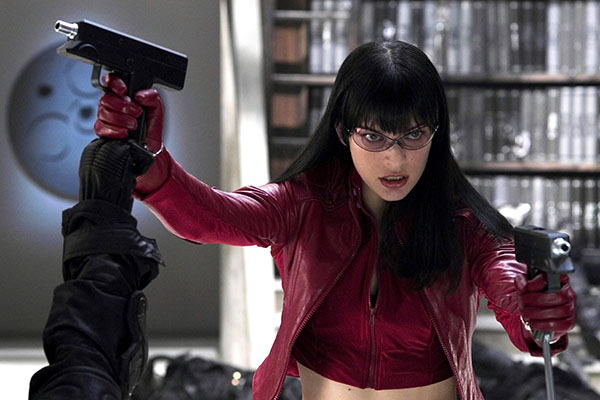 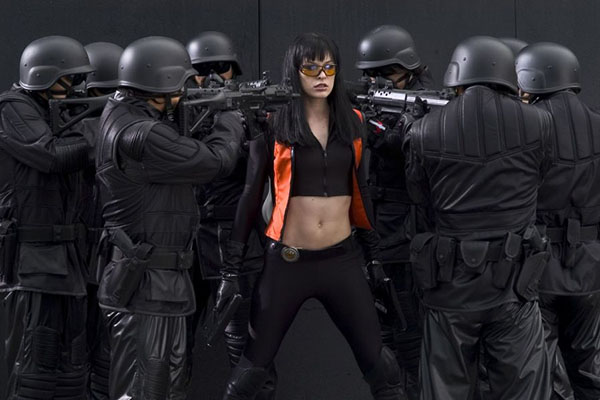 I want it to be clear that I didn't go into Ultraviolet purposefully intending to hate the film. Although I knew of its bad reviews from its initial run in theaters, I always like to give every film a fair shake when I watch it. Sometimes reviewers can be wrong, and even a bad film can have redeeming qualities if you just give them a chance. Plus I did like Wimmer's Equilibrium, as bad as that film is, and Jovovich turned in a good performance as action heroine Alice in the first Resident Evil film. In short, the elements were here to make a trashy but amusing movie, at a minimum.

The issues with Ultraviolet is that while it's a trashy film it utterly lacks the fun. It's a film that's all flash, no substance, with basically nothing to latch onto and care about. Even the trashiest film has to give you something you can care about while you're watching the film. Equilibrium managed that with a "too good for this movie" performance from Christian Bale. It was otherwise just a stylishly hollow as Ultraviolet but Bale made it work.

I don't know if this will come as a shock to anyone but Jovovich is no Christian Bale. While she's credible enough as an action star, her acting abilities are pretty limited (as the later Resident Evil films more than proved). If a character is written just right for her, it works (think Leeloo from The Fifth Element). Most of the time, though, the actress seems to struggle with getting into the emotional head-scape of the character, leading to a performance that's entirely bland and flat. That's what we get from Violet, an empty, stoic character just going through the motions of the film.

Not that I can really blame Jovovich for an empty performance here considering the story in Ultraviolet is an utter mess. Characters move from action set piece to action set piece with the rules of the world being made up on the fly to suit the whims of whatever cool thing the director wanted to do. We have a bunch of back-story randomly dumped on us from time to time, as if to justify whatever bullshit we just watched, but none of it really works. It's like a table top game where the Dungeon Master just randomly throws out new rooms, new monsters, and new things on the fly not due to some kind of plan but because they're just making it up as they go along. It's hard to imagine a $30 Mil film being made up on the fly, but Ultraviolet certainly feels like that was the case. 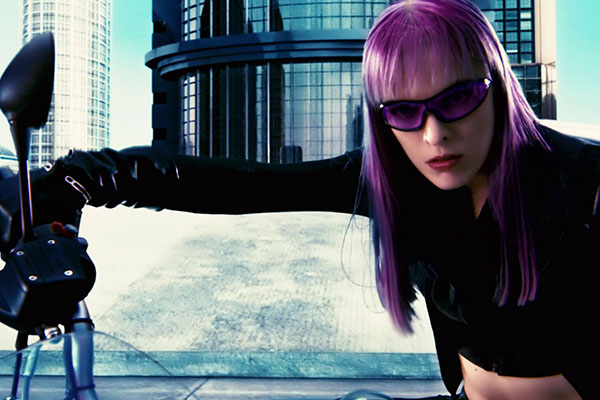 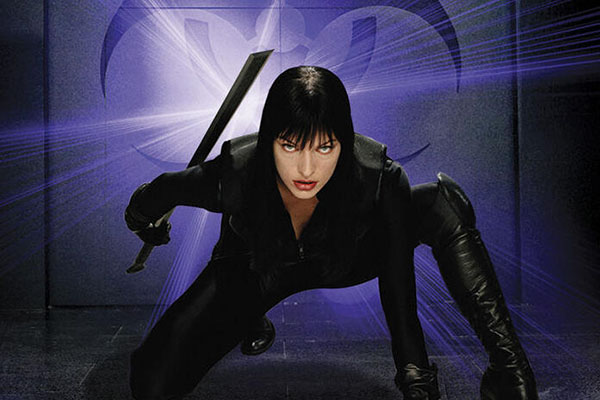 But then, it's hard to imagine Ultraviolet costing $30 Mil, despite that being its reported budget. It was a film clearly filmed almost entirely on green screens or on back-lot stages, with most of what's seen on screen added in post. It's probably one of the least handsome films I've seen in some time, an ugly, low-poly mess of effects and graphics with actors slapped on top. Nothing about this film screens "big budget film" despite it costing a fair bit to make. It boggles the mind, really, that anyone thought making this film (let alone releasing it) was a good idea.

Someone had to see this film while it was being made, right? Someone had to sit there saying, "guys, what the hell did we just do?" Even audiences seemed to have that opinion, showing up for a big action film and leaving disappointed. The film only managed to garner $31 Mil at the Box Office, making it a pretty solid flop (once you factor in marketing costs). There's a reason that, up until that Children of the Corn reboot people didn't let Wimmer back into the director's chair. He made a $30 Mil boondoggle that turned out so laughably bad it wrecked careers (primarily his own).

Ultraviolet is the rare movie that's so bad, so misguided in everything it does -- its story, its direction, its effects, its action -- that you can't find any reason to ever want to watch it again. If you wants a stylish but otherwise empty film you c an go watch Equilibrium. If you want a good Jovovich action film, she's made far better than this. But, no matter what you do, just don't watch Ultraviolet. What little style it has can't make up, in any way, for it's utter lack of substance.