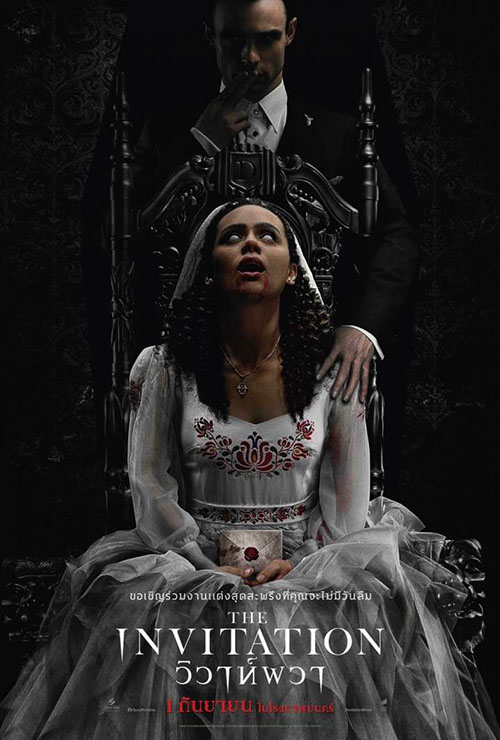 It's rare we find a film that essentially can't be discussed without spoiling a major plot point about the film, but if ever there was one we'd argue it's The Invitation. Due to the nature of the story, and the way the plot unfolds, very quickly the mysteries of what is really going on in the film quickly become apparent. If you would prefer to go into this horror film with fresh eyes, not knowing the basic twist of the film, we invite you (no pun intended) to do so now. In short, we thought it was pretty decent, but it would have been better, for us, if every outlet hadn't already spoiled the story before going in. Read ahead, at this point, forewarned of immediate spoilers.

The brides of Dracula are common characters in the mythos, but very rarely do we actually get to explore them as characters. Sure, Dracula comes to London in his original tale and sets about turning first Lucy and the Mina into new brides, but he had another set back in Wallachia, his original brides that the novel is particularly uninterested in exploring. Were they his lovers, his sisters, his mother and aunts? We never really get any development of them, and most works use the brides more as foils for the characters than actual people in their own right. It's sad when one of the best versions of the characters comes from the horrible 2004 Van Helsing film from Universal.

It's refreshing, then, to find a film that is all too willing to explore the brides as actual characters, from the perspective of one of the brides herself. Not that she actually knows that's her fate when the story ends. As a loose adaptation of the characters from Dracula, 2022's The Invitation gives us a new perspective, and no ideas based upon, the notes of this story. And while that perspective is interesting, and even leads to some narrative potential, overall this film can't quite commit to really delivering on all the promises of its premise. It's the bones of a solid horror film without any of the actual horror (or any other thrills) to go along with.

The movie follows Evie (Nathalie Emmanuel), a food server and starving artist working in New York City. After taking a gift bag from one of the events she works, Evie finds a DNA test within. On a lark she uses the test, getting her results Online within days and finding out she has a whole branch of her family she knew nothing about living across the pond in merry old England. Quickly one of her cousins, Oliver (Hugh Skinner) contacts her, hoping to learn all about her over a lunch. That quickly grows into an invitation to come to England and attend a wedding for some friends of the family, all expenses paid. Evie, naturally can't pass up that opportunity. 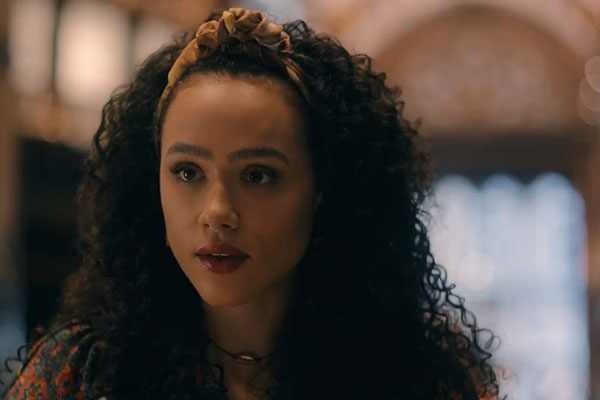 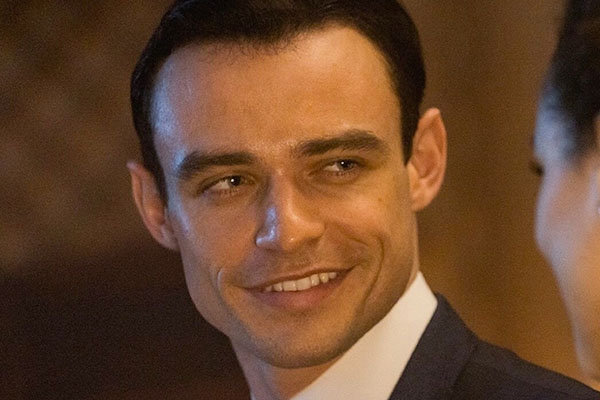 Once she gets over seas, she's quickly take to New Carfax Abbey where she meets the lord of the manner, Walter De Ville, and is introduced around to all her new family members. Curiously the two people she doesn't meet are the bride and groom (or so she thinks). As the weekend goes on, she finds herself falling for De Ville, a charming man who promises her the world. A quick marriage proposal is proffered, and while Evie jokes about it, she does accept... but that only send her down a path she didn't expect, with secrets revealed and horrors to behold. What has Evie gotten herself into, and who, really, is Waler De Ville?

While his name is changed here, anyone that has even an inkling that they're watching a vampire movie would likely quickly figure out that De Ville (a cute pun on "Devil") is actually Dracula. I mean, he does live at "New Carfax Abbey". If that weren't enough, much later in the film she meets Mina and Johnathan Harker, servants of the vampire lord. The film never calls him by his original name, but even Evie quickly realizes that she's betrothed to the vampire of legend. It was, frankly, pretty obvious. Still, it's a twist best revealed to the viewer and not spoiled by anyone else (so hopefully you heeded my warning above before reading this).

As is revealed early in the movie, Evie is meant to be a replacement for the former third bride of Dracula, Emmaline, who kills herself in the opening scene of the film (presumably because she couldn't take being a vampire bride any longer). Evie is meant to join with Stephanie Corneliussen's Viktoria and Alana Boden's Lucy to make up Dracula's trio of brides. Doing so solidifies his power and ensures that all the families associated with these vampires will benefit. That is an interesting idea and gives some explanation as to why Dracula always seems to gather three vampire ladies to him.

The issue is that beyond saying, "I need three brides", the film never actually tells us why. It'll give him more power and improve the finances of everyone... how? The film doesn't actually get to the point of making Evie a proper bride (things, expectedly, go off the rails before that can happen), so we don't get to see how any of this works. Far as we can tell, Dracu- I mean, De Ville is a fully powered and quite powerful vampire already, so what does one extra bride really do for him? And why does it have to be from Evie's bloodline? Is that just because that's how it's always been? Keeping the focus so tight on Evie, and her not even figuring out what's going on until it's nearly too late, means the film never gets a chance to explore all this... but it really needed to. 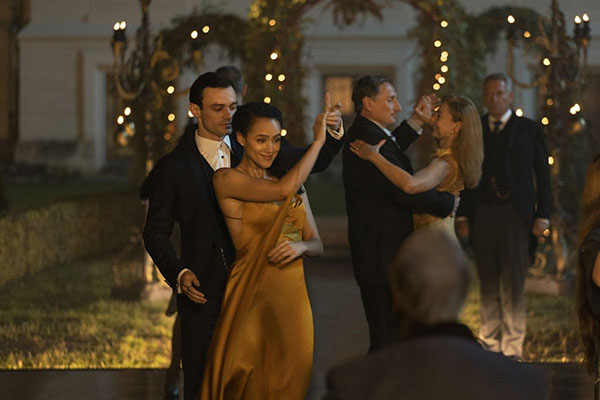 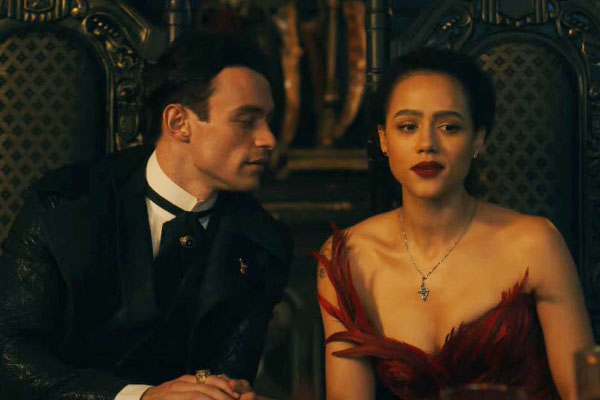 That wouldn't be quite such an issue as, sure, some things are better left to the imagination, except there's not a lot in the film to keep us distracted from glaring plot issues like this. The film is quite bloodless, in large part due to the PG-13 rating it's saddled with, and that leads to a lot less horror than we really need in a horror film. Honestly, there's a lack of any kind of titillation in this film, whether solid romance, or blood, or scares, or much of anything. The film goes hard on mood, and it does that really well, but mood only gets you so far when (for lack of a better term) there's just no meat.

The Invitation is a very handsome film with some interesting ideas. I'd even go so far as to say that, depending on where Evie goes from here, it could stand as a good launch point for future stories in this little pocket of Dracula lore. More exploration of the world, of what powers these vampires, and just what dark magic did Evie get herself mixed up in could all go a long way to not only redeeming this film but making future installments more interesting. As a one off, thought, there just isn't enough to The Invitation to keep viewers coming back. It has some interesting ideas, and does give the brides more to do than in most other works... but that still doesn't amount to a truly winning tale.