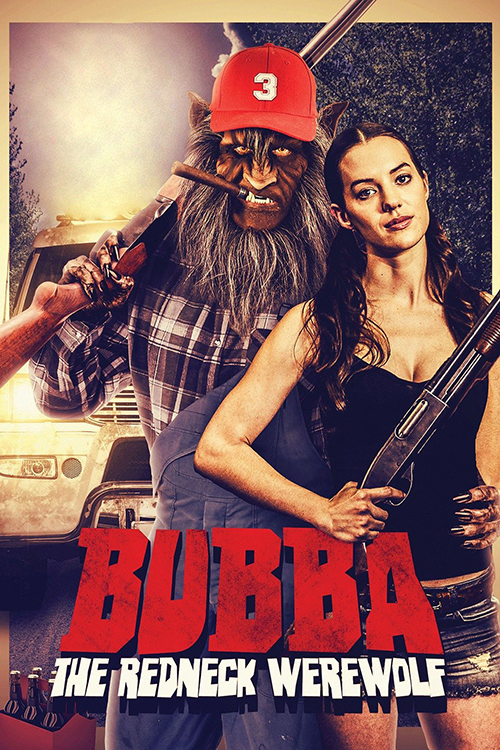 I will fully admit that, in general, I'm not the target audience for redneck humor. I'm about as far from the country in my origins are you can get, and there's a whole genre of entertainment -- not just comedy but also music -- they sit outside my interest groups. The people that talk about country pride, that espouse the glory of the South, that spend their days enjoying huntin' and fishin' and the like (which have to be said with the dropped "g") don't generally hang out with me. It is what it is.

That might put me in the wrong group of people to watch Bubba the Redneck Werewolf, largely because this isn't a film that looks down on rednecks and hillbillies. Yes, the film pokes fun at this, as you'd expect from the title, but it's in a loving way, one that finds the country culture endearing. At least that's the vibe I got from the group I saw it with as they found the movie to be hilarious and I was largely bored by the whole thing. This movie just wasn't for me.

In Bubba the Redneck Werewolf, we're introduced to Bubba (played as a human by Chris Stephens), a down-on-his-luck redneck that is looked down upon by everyone in his crappy little trailer park of a town. His boss at the dog kennel hates him, the bartender at the local bar hates him, and even his girlfriend, Bobbie Jo (Malone Thomas), leaves him for a guy that's stronger and tougher and more well off than Bubba. This leaves Bubba wondering what he could do to improve his life, get his girl back, and be the man he always wanted to be.

That's when the Devil (Mitch Hyman) walks into the bar. Satan promises Bubba all the things the poor sad-sack wants -- strength, virility, the chance to get his girl back -- and all it takes is Bubba's soul. He readily agrees (because he's an idiot), and the next morning, after signing the contract, Bubba wakes up bigger, stronger, and covered in fur (and also now played by Fred Lass). This better, tougher Bubba is able to win back his girl, which makes him think he has everything he wants. Unfortunately the Devil is sticking around this crappy little town, buying souls left and right. Bubba is the only one happy with arrangement as most people get a Monkey Paw-style deal out of their soul. Someone is going to have to stand up to Satan and kick him out of town (and back to Hell), and that someone is Bubba. 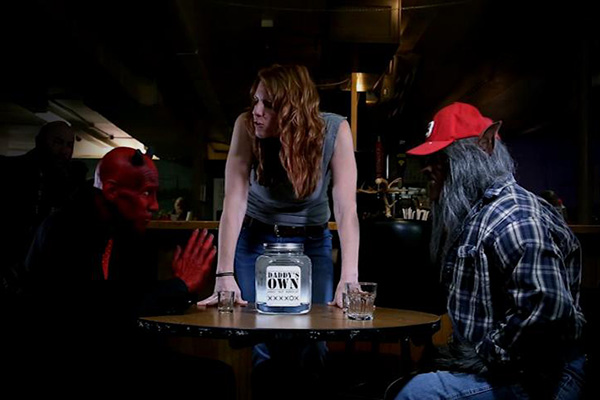 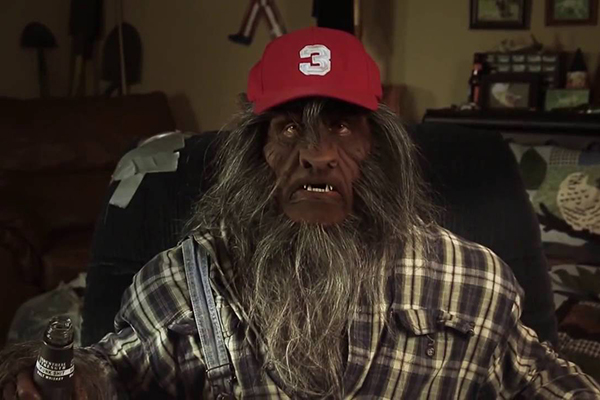 There were any number of issues I had with Bubba, but I will admit that picking on this movie does feel like kicking the sad little kid in class. This is a movie made on the cheap, designed for the exact kind of audience you would think is interested in a film called Bubba the Redneck Werewolf and then released on home video. It's not a blockbuster in conception or construction, and I do try to weigh that in the film's favor. Even then, though, I really didn't enjoy this dumb little movie.

As I noted before, this film is all about redneck humor; that's it's one and it plays it over and over again. Sometimes it does it well, with subtle jokes and references. Most of the time, though, it goes broad and stupid and beats the same dead horse over and over again. Maybe if this was the only source of redneck humor around that would be okay but Jeff Foxworthy made a career out of this twenty five years ago and, in the interim, the humor of it has gone from interesting to completely and utterly stale. This film doesn't change up the jokes so much as repeatedly iterate on this, and by now this line of humor is so damn tired.

The film also lacks any kind of budget for special effects. All the effects shots it uses are glaringly bad, and this includes a lot of location shots and exteriors, all of them done with bad CGI. I get having to make a movie on the cheap, but the film couldn't even pay for some false fronts or, in a couple of cases, to pay for lighting so they could film in a field at night. It's really bad.

Where the film does excel is in its makeup effects. Both Bubba and the Devil have really well done makeup, crafting characters that look awesome even against some of the worst backdrops I've seen in a while. If the level of attention paid to the makeup could have been applied anywhere else, this film could have easily been better, at least in style and construction. It boggles my mind that a film this terrible in all other respects can have such good makeup. Someone in the crew must have really loved to do stage makeup because they knocked it out of the park here. 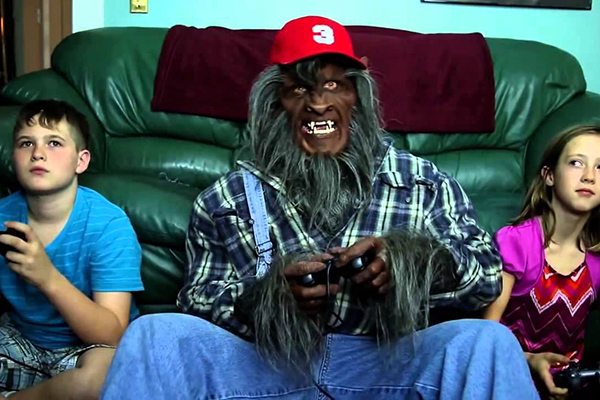 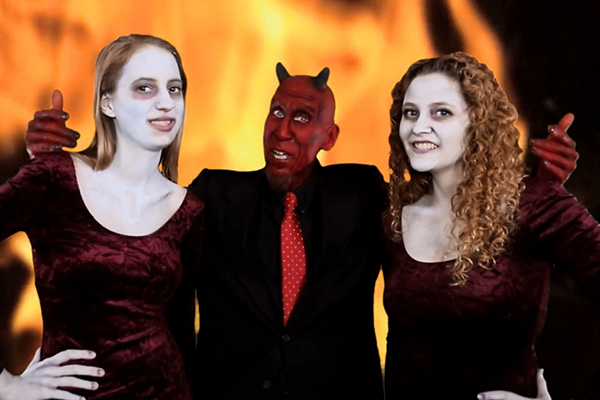 That said, the fact that Bubba's wolf makeup is so good leads me to another issue I had with the film. I know it's petty and pedantic to point this out, but Bubba isn't a werewolf. He gets cursed by the Devil and then remains in wolf form for the rest of film, never reverting to human form once. He's not a lycanthrope at all, but he's not even really a werewolf as he's not more wolf than man. He's, at best, a wolfman in construction, just without the changing fully into a man during the day. This bothered me greatly because I was promised a werewolf film and, at best, I get the tale of a dude who gets a bit hirsute after selling his soul to the Devil.

I think, really, this film just wasn't meant for me. I know there are people that would love this film -- I saw it with a few people that did enjoy the hell out of it -- but it just didn't have anything for me to latch on it. It's purposefully dumb, silly, and bad and it wears that on its sleeve. I can appreciate that in small doses, like in an SNL sketch, but once you take a one-note joke and stretch it to feature length you lose me. This film has one good joke, and about 15 minutes of solid material to do with it. After that it's all just the same stuff, over and over again, until the credits roll. No thank you.