Army of the Dead 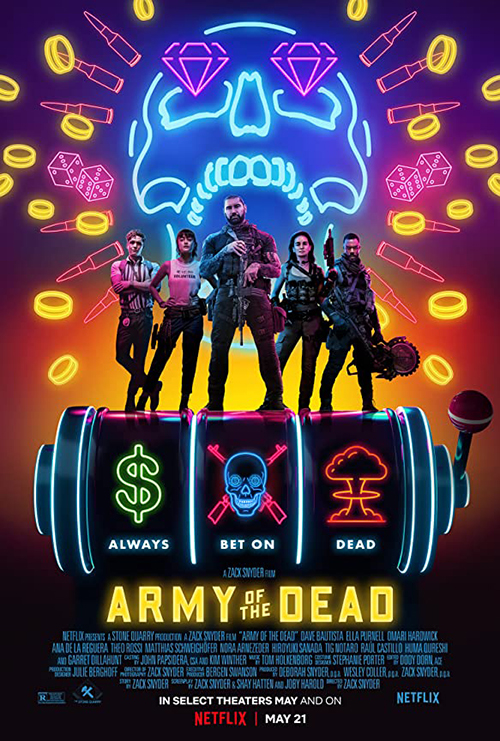 I've commented before on the utter disappointment I feel, generally, when I sit down for anything directed by "filmmaker" Zack Snyder. I know the director has his defenders -- the DCEU fan-boys will come out of the woodwork to defend the "artistry" of Snyder's Batman v Superman: Dawn of Justice -- but frankly the man is a music video director prone to creating shallow and superficial films full of empty characters lovingly filmed with a lot of slow motion.

The thought of Snyder directing a zombie film should already fill viewers with a certain amount of dread simply because we've already seen what he can do in the genre: 2004's Snyder-director Dawn of the Dead reboot, and that film is hardly what I'd call a winning resume for success. Snyder's Dawn was a sloppy film high on its own cinematography and CGI that lost all trace of characters and story. It was one long riff of exposition and explosions that, in the end, amounted to nothing. It's even worse when compared to the character development, and biting political satire, of the original 1978 film.

Thus it was with a fair bit of trepidation that I went into Snyder's next zombie film, 2021's Army of the Dead. The new film isn't exactly a sequel to 2004's Dawn -- none of the characters carry over, and this film is set in Las Vegas instead of Wisconsin -- but when it comes to theme, style, and tone, Snyder's new zombie film feels perfectly of a piece with what he's done before. Whether that thrills you or not will likely depend on if you agreed my assessment above of his Dawn of the Dead; if you liked that movie then, likely, you'll find plenty to enjoy in this film that does all the same things, only bigger.

In the movie we're introduced to Scott Ward (Dave Bautista), an ex-Army merc who once fought his way out of Vegas, leaving a trail of carnage in his wake. He's since quit the zombie-fighting life, though, so he could settle down for a bit of piece and quiet running his own burger joint. He gets pulled back in, though, when he gets an offer from Casino Owner Bly Tanaka (Hiroyiki Sanada). The gambling magnate has a simple offer: recover $200 Mil from a vault at Bly's casino within 48 hours (the time when the U.S. government will drop a bomb on the sealed-off, zombie infested city of Las Vegas) and half the money goes to Ward and his crew, to be divided however they see fit. 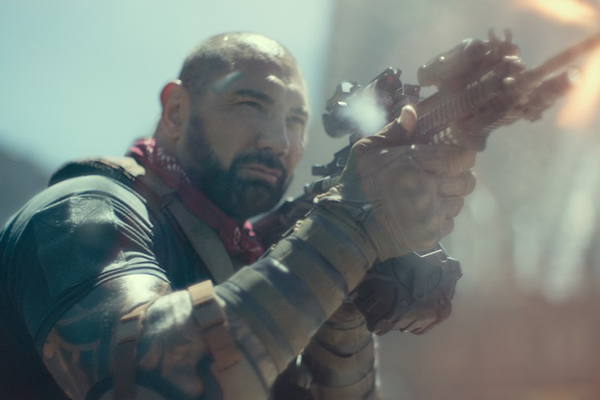 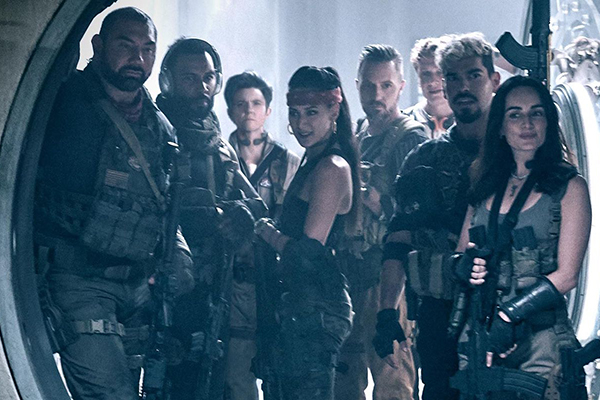 Scott immediately calls in his two best fighting buds -- Maria Cruz (Ana de la Reguera) and Vanderohe (Omari Hardwick) -- and they go about pulling together a team of mercs and soldiers that can be trusted to get the job done. Getting into the vault is the easier part; getting through Vegas and around all the dead is the real journey, and along the way Scott may just reconnect with his estranged daughter, Kate (Ella Purnell), find a bit of love, and maybe find the redemption he's been looking for all along. Or everyone will get killed for the effort.

The ads for Army of the Dead likened it to Oceans Eleven meets the Zombie Apocalypse, and I honest wished the film would have had that level of wit and slickness. If the guys were coming in motivated to actually bring down the evil casino magnate, and had fun performing a slick and well executed heist in zombie-filled Vegas, that would have been something. This film is much dumber, and much more punishing, and I think that's because it's essentially aimed at an audience of one: Zack Snyder. This is a zombie film for Snyder, catering to Snyder's tastes, and if everyone else gets on board, or not, that makes no difference to the director. And, lest it have to be said, Snyder is no Steven Soderbergh.

Much of the issue is that the big quest for money, freedom, and redemption, ends up coming for naught. Without spoiling too much of the film, let's just say that the heist very quickly goes off the rails when it happens, and all the people that get introduced across the span of the film are there simply to serve as fodder for zombie teeth. Much like with Snyder's Dawn of the Dead, the director seems to be saying, "you don't get a free pass out of this apocalypse, and just because you think you found a bit of freedom, leeching off the rich, all you'll get is pain and misery."

It's hard to view the film otherwise, especially once you know that Snyder is a devout reader of Ayn Rand and he loves inserting that writer's politics and world view into his films. Here the main players have a chance at a bit of free cash, and then the film makes the pay, over and over, for it until there's nothing left for them, as if to say, "you wanted a handout? Hardly. Go earn it at the burger line, slackers." It's a weird message to come from the film given its lofty opening and stated goal of "heist, but with zombies", but by the time the film grinds to a halt and every single character has been punished in some way, that does seem to be the only message take away from that. 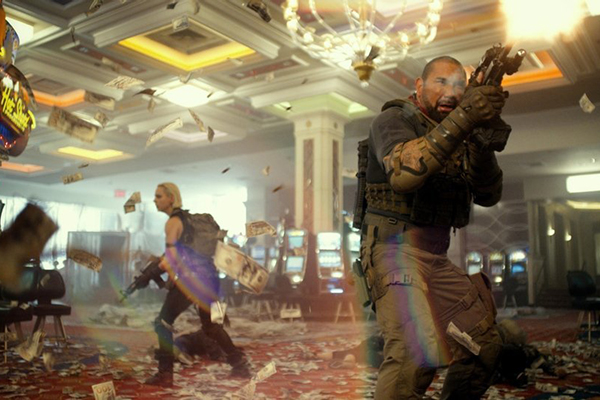 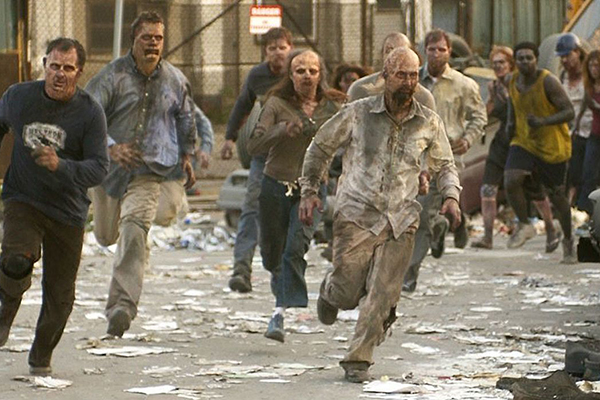 It's either that or the director simply loves to smash his toys together and doesn't really care about things like proper characters, growth, arcs, or actual stories of redemption. It may very well be that all he cares about is getting a bunch of people into a zombified city all so he can then kill them all for the fun of it. There are thrills to be had watching people get eaten by zombies, yes, but you have to care about the characters before you kill them and that's a key ingredient Snyder is missing. All his characters are the same, essentially, all with the same goal and the same character arcs, and that leads to a hollow sense when every single one of them essentially meets the same fate over time.

Army of the Dead is a tiresome movie through and through. It does have a game cast trying to do what they can with an under-baked story, and there are singular thrills to be hard, here and there, as the director manages to get the action to line up with his very specific filming style, all of it culminating, for a few brief seconds, in something that's actually fun to watch. These moments, though, are few and far between. The rest of the time, sitting through Army of the Dead feels like an absolute slog. I found myself wishing, an hour into the film, that we could just get to the end of it all, only to realize there was still an hour-and-a-half to go.

I do think there's merit in the idea of mashing a heist film up against a monster movie. I don't know if zombies are the right monsters for that concept, but I do know that Snyder is the wrong director for any of it. Next time, Hollywood, take a winning idea like this and keep it out of the hands of Zack Snyder. Maybe leave the zombie directing to the professionals in the future.