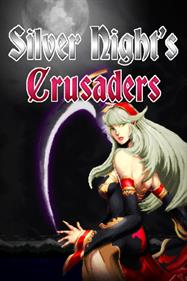 I hesitated initially to file this game under Fanworks because, despite many of its trappings (and it has many), this game isn't technically a Castlevania title. It borrows every element it can from those games -- music, audio, character types, artwork, etc. -- but it has its own "original" story about vampire hunters going to a castle to defeat a vampire. You could look at it and go, "well no, this doesn't belong among all the other Castlevania games" and maybe even make a decent argument for it. Maybe.

End of the day, though, I had to look at the inspiration for this game, and everything it very directly borrows from the franchise. That, plus the fact that the game is free, leads me to consider it a Fanwork. It's a loving one, to be sure, and one of the better ones I've seen in a while, but this is very much a work derivative from the Castlevania series and needs to be viewed as such. For this game, that's not a bad thing.

Silver Night Crusaders focuses on three characters -- Belmont-like Ethan Greymont, the Alucard stand-in Fran, and the scythe-wielding Sheeba Faulkner -- as they each head off on their own adventure towards the castle of Elizabeth Bathory. The dread evil vampiress has taken over the surrounding lands, spreading her evil (and her evil creatures) outward, and it's up to these heroes, and the various allies they find along the way, to take on these monsters and free the land of the vampiress's influence.

At it's core, this is a Castlevania game like you've seen before. Presented in luscious 16-bit (and better) graphics, Silver Night Crusaders looks like a classic Castlevania game that's come to us from another timeline, one where the main franchise went under a different name and had a very different lineage of heroes in its storyline. The characters are different, but the play of the game is all you know from our favored franchise. 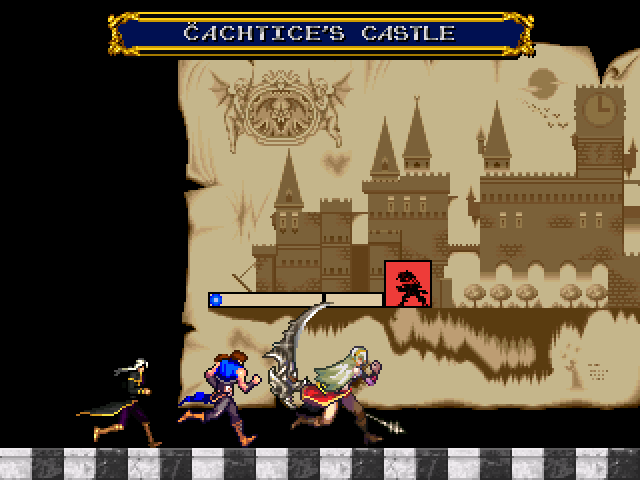 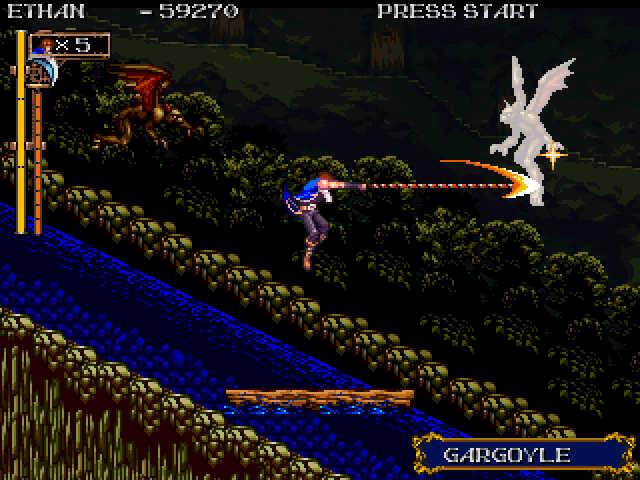 The game starts of decently well, seeing whichever hero you've selected start out in the village on the outskirts of town. They'll fight their way through the monsters here before heading into the various other locales you'd expect to see from the series. Caverns and gardens, inner quarters and rising castles. Everything here relates to something else from the series, making it feel of-a-piece with Castlevania. If you've seen something in the 16- and 32-bit games of the series (specifically Super Castlevania IV, Castlevania Dracula X: Rondo of Blood, and Castlevania: Bloodlines) then you'll see it here as well.

Of course, that's because all of the graphics in the game were ripped from other games (mostly Castlevania, although some Demon Hunter Legend is mixed in as well). This is not a game that features a lot of new assets, instead remixing much of what you've seen before in different ways to create an expansive experience. It works, but if you expect a lot of new material in your fan-games you won't find as much as you might have liked in Silver Night Crusaders. It didn't bother me, but it might bother some.

The bigger issue I had with the game was in its difficulty. Now, I recognize I'm in the minority here as I have been knocked before because I don't appreciate games that ramp up the difficulty too much; some fans greatly enjoy that. For my money (even if the game is free), though, I'd say that Silver Night Crusaders toes over that line a little too hard. It's not in the levels, or the basic enemies, though, but in the boss encounters were things go off the rails.

The bosses are huge, sometimes filling as much as half the screen, and their attacks are just as big. This makes damage hard to avoid in the boss encounters. Worse, these big bosses have huge energy bars. Row after row of health you have to slowly chew through, on and on, as you slog through the boss encounter. The Castlevania games generally balanced tough boss fights by giving them low health, so you could try to battle through with a good strategy and end the duel quickly, but that's not the case here. In the end you have to fight tooth and nail for every edge you can get, and more likely you're going to lose a few lives against a boss before you finally take it down. 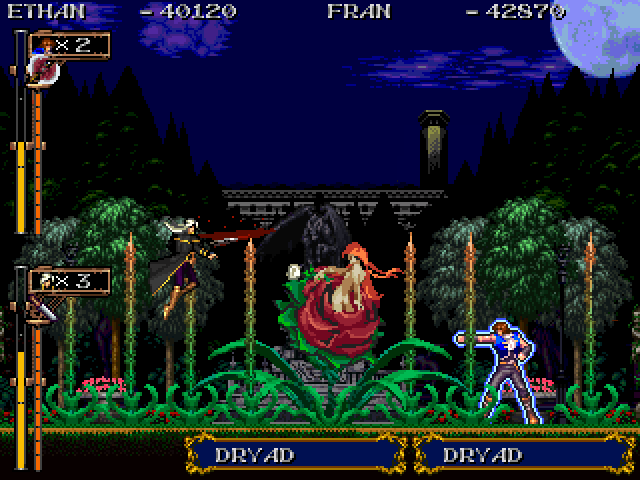 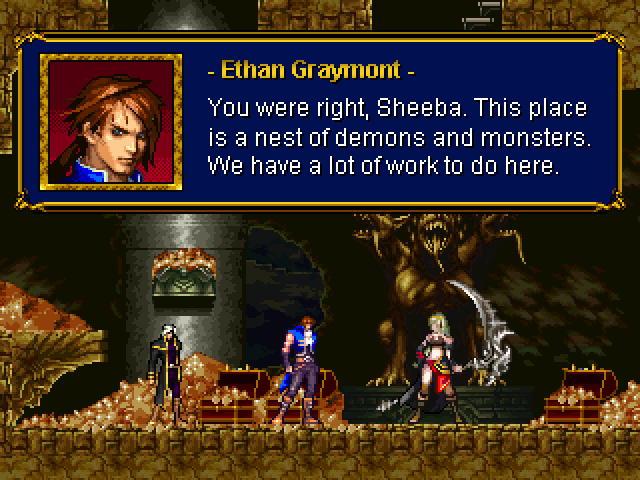 Again, some fans with like this. I know there are fans that love the long, drawn out battles that require you to stay vigilant for minutes on end while slowly whittling the bosses down. That was the modus operandi of the whole of the Lords of Shadow trilogy, and those games have their fans. This kind of boss encounter feels like the opposite of classic Castlevania, though, and it threw me off.

Mind you, the game does try to make things more fair by giving you a bunch of lives and continues. Better, when you die you drop right back where you were with everything else staying the same (and that includes the boss health and how far you managed to whittle it down). You can burn all your lives, continue, and pick the fight up right where you left off. I appreciated that aspect but, even with all of that in my favor, getting even halfway into the full game was an uphill battle for me. A little fine tuning on the bosses to make their encounters a touch more fair would go a long way to balancing this game better.

Still, I think there's enough to like about this adventure that I'd recommend it to classic Castlevania fans. It's not perfect, but between its solid mix of Konami's assets, the trio of characters, and the mood it conveys, this is an adventure to sate fans of the original franchise for at least a few hours.