Although those of us in the U.S. never saw it, the Castlevania series did appear on the Gameboy Color. Sure, they weren't new games, just color-enhanced versions of The Castlevania Adventure and its sequel, but they did at least get releases. And because the Gameboy was region-free, if you did manage to find a copy of the Japanese of European releases of those games, you could play them here in the U.S. Win-win.

Castlevania DX is not either of those games. Despite a name that hearkens to The Legend of Zelda: Link's Awakening DX, this is not a color-enhanced version of any game in the Castlevania series. Instead, Castlevania DX is a bootleg game, created by Chinese knock-off game company Sintax Technology Limited, meant to make people it was an official game when it was anything but. This is pure pirate shovelware, through and through, although to its credit its some of the best pirate shovelware I've ever seen.

Chinese knock-off bootlegs are, at their best, laughably bad. If you've ever seen some of the worst offenders -- Donkey Kong 5, which is just a remake of the original Super Mario Bros. with D.K. sprites for some reason; Somari, which puts Mario into a (bad) Sonic game; or Titenic which makes a fighting game out of the movie Titanic for some reason -- you know the quality of most Chinese bootlegs. The companies shovel these games out because quality isn't their primary concern -- they're stealing another company's IP and making a quick cash-in game for the hell of it. Anything to make a quick buck.

Of course they could get away with this because China has always had lax enforcement of their own copyright laws, especially when it comes to IP developed outside of mainland China. Thus you'll get all of these bootleg games (and more), and the most that these shovelware companies would expect was a slap on the wrist. These was little outside companies could do besides complain to China and then work to seize any international stashes of games that could be found (thus another reason to make these cheaply and as quick as possible).

And yet, despite this background, and its dubious status, Castlevania DX is one of the better knock-off games. I know that's not saying much, and frankly the game is still pretty bad, but it's endearingly bad. Cruddy, but in a way that's still playable. The game manages to craft a passable Castlevania-adjacent experience, one that wouldn't fool any of the fans, certainly, but still interesting enough to keep players engaged through the short play time. 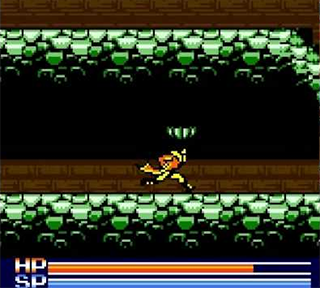 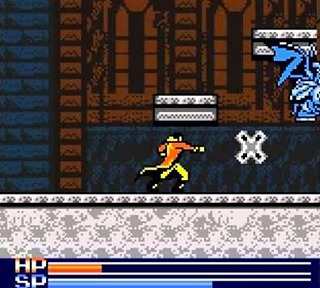 Bear in mind the game is entirely told in Chinese and I'm cannot read Chinese, so my knowledge of what all is going on in the game is limited at best. Near as I can tell our hero, Mr. Not-a-Belmont-I-Swear, starts outside a castle in a lush little front yard. After fighting some plants he meets a girl, finds out the plot of the game (which I have no clue about) and then heads into the castle to fight the monsters within. Inside he finds a passable Metroidvania experience -- the castle is open for free-roaming adventure, with items hidden around to collect, keys to find, and bosses to fight. You'll end up criss-crossing the castle to reach the various zones, using the power-ups you find along the way to reach these new areas. All of this so you can find the end boss, fight it, and reach the end of the game.

The art-style of the game is pure bootleg pastiche, bear in mind. The hero vaguely resembles Julius Belmont from Aria of Sorrow, the level art largely is borrowed from Circle of the Moon, and the monster come from both those games along with Symphony of the Night, along with other non-Castlevania games -- I swear I saw sprites from King Kong, Toki, and Fire Emblem in the mix. Most of the time these sprites stick out and look awful, but in a cheesy kind of way.

Meanwhile, the castle really isn't that complex. Most of the zones are a screen or two large, all of them leading up to a boss door with the boss behind them. TO progress you have to find the special powers, and boss keys, scattered around, but they aren't really "hidden", per se -- mostly you just walk down a hall and will find the item or key sitting on the ground. There aren't any fights blocking these items, and nothing special about they way they're placed. It's all just... there, showing a bit of careless placement, the idea that these items needed to be hidden, but no clue how to really do that well.

Meanwhile, the actual bosses don't provide any direct progression. Killing them makes a little jingle, but you don't get any special powers or items for the effort. Near as I can tell, you have to fight all the other bosses in the game so that the final boss door will unlock and you can confront the weird demonic being that lurks at the center of the castle. The game doesn't confirm this -- hell, it doesn't confirm much of anything most of the time -- but that's the only thing I could figure out about fighting these bosses. 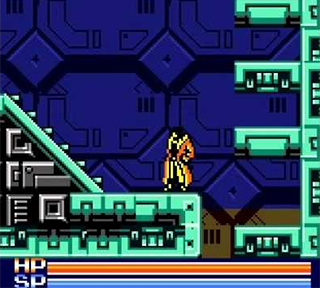 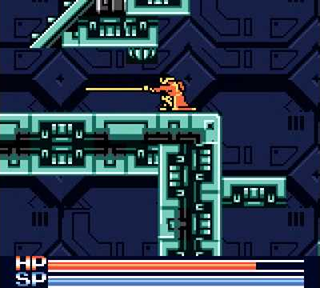 What's weird, among so many weird things in the game, is that the final boss isn't Dracula. There is a vampire that appears, fires bats, and teleports around his boss chamber, but there are three other boss fights after him. Again, this just speaks to the lazy placement of so much in the game, where things are just sort of dropped in and jumbled around to get the "feel" of the experience without truly understanding the special qualities of the games.

And yet, there are things the game gets right. The combat is at least somewhat satisfying, with the heroes controlling decently well for the most part, featuring little in the way of dropped inputs or the hero simply not responding at all (again, a low bar to clear but go play other bootlegs and you'll understand that this is quite the accomplishment). There's also an experience system in the game, and a full set of enemy drops, equipment to collect, items to use, and everything else you'd expect from latter-day Metroidvania entries in the series. For a game that was clearly shoved out, someone on the development team cared enough to try and make this play something like the series its ripping off. I actually found myself having fun at times while playing Castlevania DX, a thought I never expected to have.

Of course, then you get to some of the strangest moments and simply have to wonder how much the team (or the single programmer) cared. At one point I collected a key, took a couple of steps forward, and ended up back outside the castle. I legit wondered if I somehow had found the "key" that unlocked the end of the game (since I'd already beaten "Dracula"), but no, apparently you just get teleported there, a shortcut to get back into the castle and move to the last area. And then, naturally, once you find the last boss, and kill it, there's no real ending. A shot of the castle flashes, The End shows up, and that's it. You did your best and the game indifferently acknowledges it. Not that we really should expect any less.

Castlevania DX is a rough, not very well made little game, but it's still somehow better than other bootlegs, let along quite a number of officially licensed, shovelware titles released legitimately on consoles. This game wouldn't have won any awards even if it were an official game, and yet, when compared to the actual Castlevania series, it can hold its own with some of the worst entries in the series (the aforementioned Castlevania Adventure or Castlevania Legends). That's not auspicious company to keep, mind you, but those are official games and this one is, frankly, about as good... maybe even a little better.

I don't think it worth going out of your way to find a copy of Castlevania DX -- even if I saw a copy floating around at a convention I'd be hard-pressed to actually want to buy it. It's a curiosity, a fun little thing you can say, "hey, I played this for 30 minutes," but not something you really want to put any effort (or money) into. If you can find a copy of the ROM Online (which we can't legally link to, of course) maybe give it a spin just to see how close it gets to being an almost tolerable game. But then move on to just about anything else; there are plenty of official entries in the series much better than Castlevania DX.