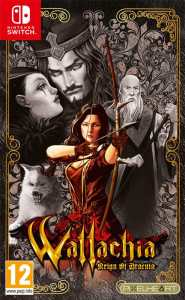 We had a chance to interview the two leads from Wallachia: Reign of Dracula in advance of the release of the physical copies for the game. We present here the whole of that back and forth email interview. All answers are presented as written with no edits made on our part (to preserve all intent from the interview subjects).

Mike Finkelstein: Wallachia: Reign of Dracula has been described as a "spiritual" sequel to Castlevania, in no small part because of your previous history designing Castlevania fan games. What drew you initially to Castlevania as a game series?

Jeffery Montoya: While it's true that Wallachia draws inspiration from Castlevania in many ways, it's not a spiritual sequel. Wallachia is like an amalgamation of Castlevania, Contra and Shinobi. The Castlevania inspiration comes more in the form of the characters and the Dracula setting. The gameplay itself is more akin to Contra and faster paced games like Shinobi. It is a 7 seven stage action game and not a Metroidvania.

MF: What parts of the Castlevania games do you like and what were aspects you wanted to refine or continue in your own games (Castlevania fan games or beyond)?

Mig: Jeff and I like very much the atmospheric of the series. The visited places, fought enemies and of course the OST. All of these things and a cool gameplay are the reasons we think Castlevania series is a great and iconic one. The aspects I wanted to continue and refine of the Castlevania series are mainly found in my Castlevania fan games. They are the adventure aspect and the Dark Gothic ambiance.

MF: What are your favorite Castlevania games, and why?

Mig: There are so much that the choice is really painfull because I love a lot of them. Castlevania 2 Simon’s Quest on NES because it is the very first game of the series I have played. I really have appreciated this cool adventure trough the ancient Transilvania. Castlevania 4 on SNES is to my mind the best of all the action Castlevanias. I also consider that Symphony of the Night on Playstation 1 is the apex of the series. K Igarashi and M Yamane have made a wonderful work. Even if the following Metroidvanias on handhelds are cool they do not match the ambiance and level design of SOTN. I even have liked the 3d versions up the chapter 3 of Lords of Shadowon on PS3.

Mig: There are lots of things that may make someone like or hate a game appart it’s inherent qualities. Nostalgia, context, special interest etc.. I played Haunted Castle when I was Young on the original Jamma Board. Even if the gameplay was so so and really unfair I loved the ambiance of the game and it’s OST ( especially St 1,3,5,6). There are lots of things in the game that have left a mark on me. In the first stage,the cemetery starting at dusk and turning into night time with the illuminated mansions on the backround. The wall whose parts attack the player under the rain, the woodmen in the trees, the Crosses that fall appart with zombies getting out. In the stage 3, the portrait with bloody tears (as the famous theme playing in this stage), the banquet table with the Poltergeist dinner etc.

I haven’t managed to get further than stage 3 in those days. In 1996 I bought an Arcade System to play on my TV. One of the first Jamma Boards I got (and I still have) is Haunted Castle. It was a real pleasure to resume the game. Finally I was disapponted by stage 4 et 5 wich are really bad looking. The stage 6 on the bridge was cool but I haven’t appreciated the day time moment. I prefer when the fight with Dracula stands in the dead of night. 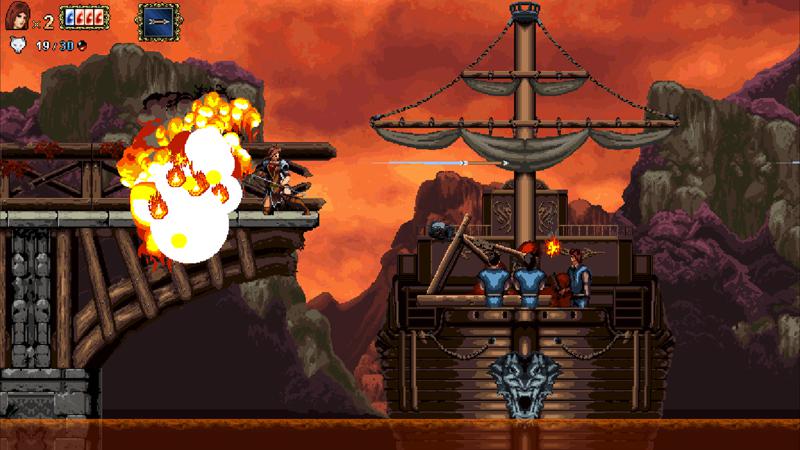 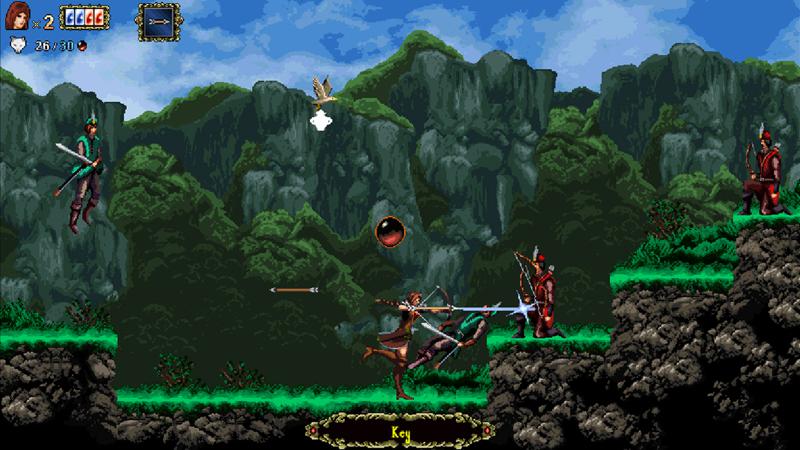 MF: What are your inspiritaions outside of the Castlevania series?

Mig: I have a lot since I have made other fan games ( Double Dragon, Wonder boy in Monsterland, Zelda etc..). Concerning the ideas I got for my Castlevania fan games they come from, of course, Castlevania series, some horror movies but other things that may be unusual as gamebooks : Crypt of the Vampire, Vault of the Vampire, House of Hell etc..

MF: Getting into Wallachia: Reign of Dracula, where was the inspiration for the story and characters?

JM: The inspiration for the characters came from real history. Mehmed II, Radu, Konstantin and Christian Rosenkreuz were all real people and of course that includes Dracula, himself. Other inspirations came from Castlevania of course, Elcin's braid is a direct homage to Sonia Belmont. The casting of Robert Belgrade as Dracula's brother and rival, Radu, was also an homage to CV SOTN. But even films like the classic anime Ninja Scroll, Wonder Woman and Zach Snyder's 300 had some influence.

MF: What did you try to do that was innovative or new for this game to make it stand out as more than "just a Castlevania clone"?

JM: Our goal from the beginning was to make a game about Vlad the Impaler, and not Dracula the vampire myth. This is a gruesome story that is almost never told, and it was difficult to set up because it involves sensitive subject matter that was tricky to use within the context of a game. So you will see a very different Dracula and you will fight Wallachian troops, not zombies or skeletons. Wallachia is far from a realistic game and takes many liberties. But it's more grounded in reality than Castlevania is over all. Originally our main character was Elcin's brother Enthu and he weilded a whip. Elcin was a helper in the game and had her bow. We realized we could make the game more unique by changing her to the main protagonist (essentially making the game a shooter). As fans of Contra and other shooters this was a great way to make Wallachia a love letter to all of the classic games we both love and not just Castlevania. So we would like to give a heads up to all players that Wallachia is definitely not a Castlevania clone, despite the first impression it may give.

MF: Do you feel like there's a lot of life left in the "Castlevania genre", considering not only your game but also the Bloodstained series that's playing in the same pool?

JM: As long as developers continue to take risks, stay true to their ideas and support one another, the CV community will live on no matter what Konami contributes in the future. Forums like this and groups really help to bring creators together. Mig and I met on the dungeon forum. So if not for that, we wouldn't have this interview or any of this games to speak of as they are. 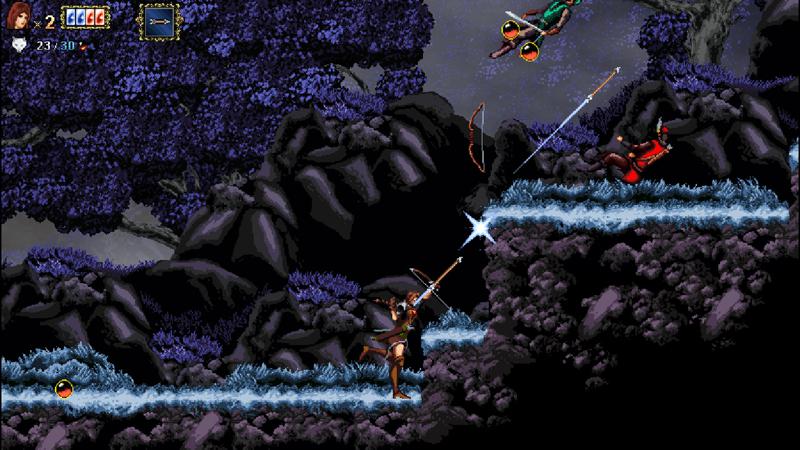 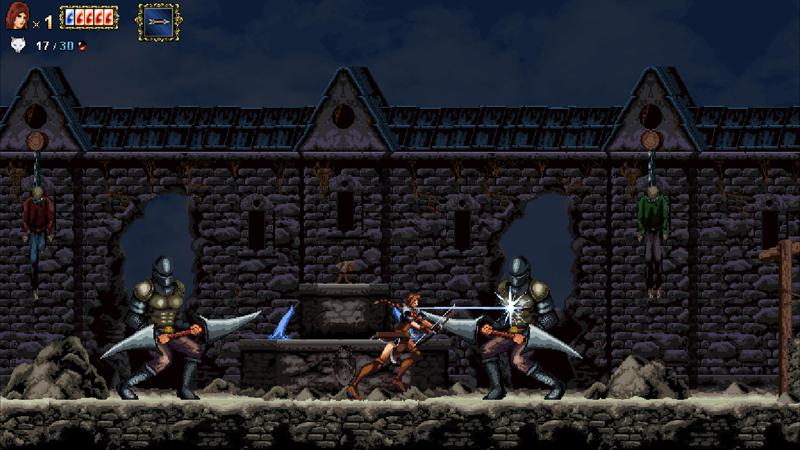 MF: If you had the freedom to design anything, even within the Castlevania series (or no), what would that game be?

JM: We feel pretty free! While we would love the chance to make an official Lecarde Chronicles game with the help of Konami, we are thrilled to be working on our new game Chronicles of the Wolf.

MF: How do you feel your game design ideas and aesthetic has evolved over the years?

Mig: Of course they have. As most of the programmers when I started to create games I wanted to finish them as soon as possible ( impatience of the youth ). My first game Ninja Densetsu ( A shinobi like game ) has been made within 4 days. I do not wanted to spent time on graphics ( or any other area of the programming) and they were very basic. After that I have discovered the << joy >> of ripped graphics. I really liked the idea to not spend time on graphics and have a good looking result. Haunted Castle 3 have a mix of homemade and ripped gfx coming from very different games and the result is terrible. Then I wanted more consistency and more identity so I gave up ripped graphics in 2004. I have enhanced a lot my personnal design but I still have to make improvement especially concerning the animation.

In Wallachia most of the level’s locating were chosen by Jeff for the historical accuracy. I had to make research because lots of thing weren’t familiar to me. Jeff has also a lot of good ideas for enemies. I often works from his sketches.

MF: What direction do you see your future game projects taking in the next five or ten years?

Mig: It is really difficult to say. That will depend on many things. The game we’re working on « Chronicles of the Wolf » may have a sequel, maybe not.

We needed 2 years to Create Lecarde Chronicles 2 and 1,5 for Wallachia. It may appear strange since LC2 is much longer than Wallachia. The reason is that Wallachia is a pro game and there are a lot of things we had to polish : gameplay, animation, artwork, Steam/Switch features etc.. I needed help with some graphics and animation starting by the main character Elcin. Mario Santos did a good job.

MF: Do you have a future project already in mind?

JM: We have already started development on our next game, a metroidvania called Chronicles of the Wolf. We look forward to sharing more about it in the future! 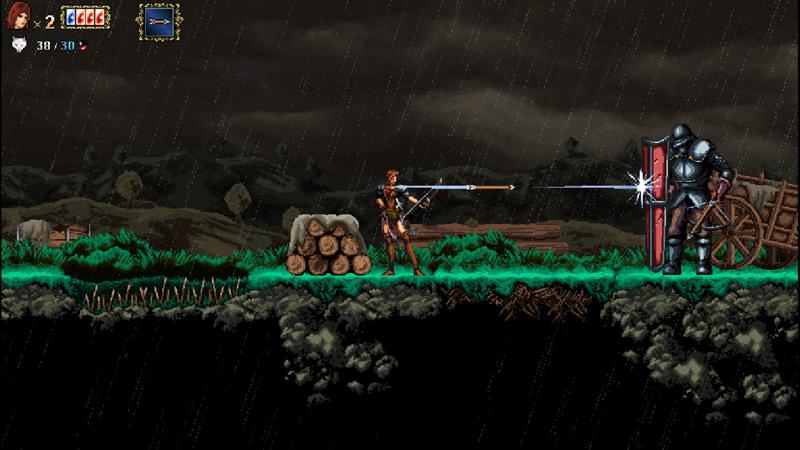 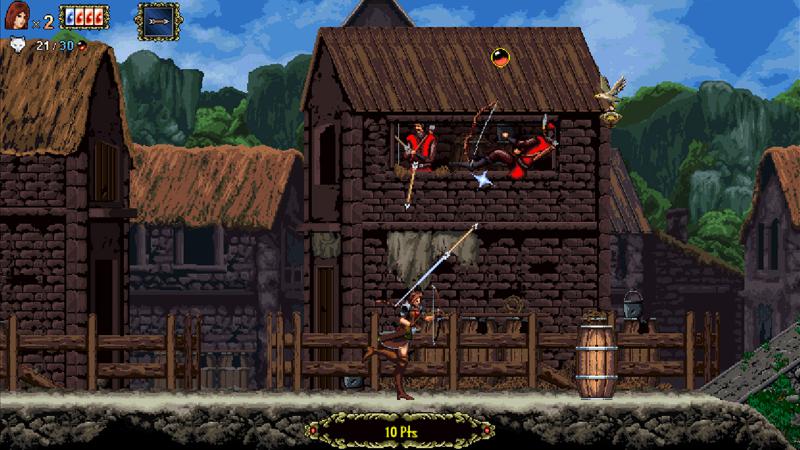 MF: Are there plans for further support of Wallachia, maybe in the form of expansions / DLC?

JM: It's possible. But with Wallachia being complete on our end since it's Steam release, we are fully into development of our next game at this time.

MF: And finally, just a couple of fun questions: First, who is your favorite Castlevania character (hero or villain)?

JM: Death! Because he always gets the best fight scenes, and while he isn't unique to CV, he's still a staple of the series.

MF: If you could remake any game (Castlevania or otherwise) what game would that be and why?

Mig: Wallachia is somehow the remake of Ninja densetsu 3 I wanted to make after Lecarde 2. It seems that games are more an more mixing of many concepts and We, Migami are following the same way.

Wallachia: Reign of Darkness was released to digital stores February 28, 2020, and their physical copies were set for limited runs later in the year. Our review of the game will arrive once our purchased physical copy is in our hands.