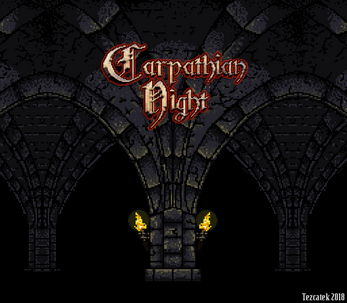 Having written on this site for a fair number of years at this point (I've long since forgotten when I first established this chunk of e-real estate, but let's just say circa 2000), I've gotten very used to writing about games that have been out for years, sometimes decades. It's not very often, though, that I get to sample a new game for the Inverted Dungeon, but that is the case with the currently in-development title, Carpathian Night. Developed by VladofWallachia (a Castlevania fan from over at the classic Dungeon forums), this new game looks to capture the magic of Castlevania without all that pesky IP infringement.

Set in the Carpathian region of Central Europe, Carpathian Night takes players on a journey presumably through to Dracula's castle, although the demo doesn't actually make it clear who you're fighting or just what your quest is (I'm sure that will all get cleared up once the game is further along). Two heroes are at your disposal when you start out: spear-wielding Dorin and whip-toting Irina. Currently the two characters don't really play all that differently -- the both do about the same amount of damage, can attack in multiple directions with their chosen armament, and have the ability to dash for a short time. They both also had, along with their health and dash bars, a third, yellow bar that I assume is supposed to allow them to perform some kind of magical attacks, but I either didn't know how to do that or those attacks aren't in the game yet.

So what does the demo offer currently? Well, right now it's a single stage chock full of traps and enemies. The controls are nice and smooth, especially with a game-pad plugged in. Carpathian Night instantly recognized my XBox One controller when I plugged it into my computer, no need to screw around with any controls (which was good as an option menu also isn't in the game yet). Everything feels precise, with no lag between button presses or movements. 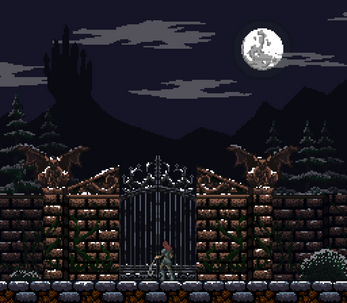 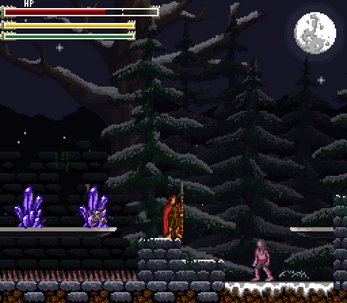 On the enemies side, the current selection of monsters feels decently varied for a single stage. Most of the enemies are just beefy enough that I had to judge my attacks and plan my route. There was no speeding through the game, attacking freely, which for a game like this is fair. I expect there will be some kind of way to power up the base attacks as you go through (either the classic Castlevania whip extensions or something similar in method), but right now the enemies, their placement, and how much damage I can do to them feels fairly balanced. Any time I took damage (or died) was simply due to my own carelessness and not the implementation of the game. Well, for the most part. 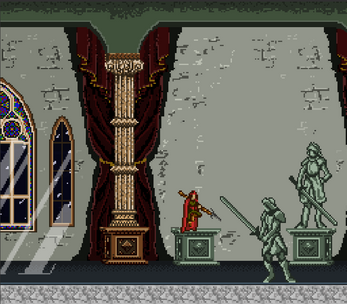 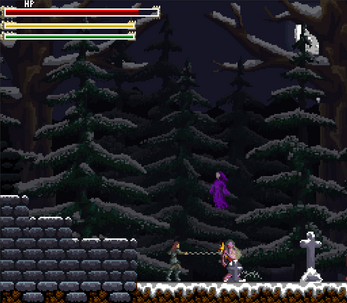 Despite the fact that the game only has a few music tracks in it right now (with a cover of Tchaikovsky's "Swan Lake, Suite 1", just like from Universal's 1931 Dracula on the title screen, a nice touch), I like where the audio is headed. The main stage theme had a good beat to it, not too plinky. It easily got stuck in my head (and I started digging around in the game files to see if I could find the source file, but no luck there). If the soundtrack for the game keeps up with what's already implemented, it should have a rocking collection of tunes.