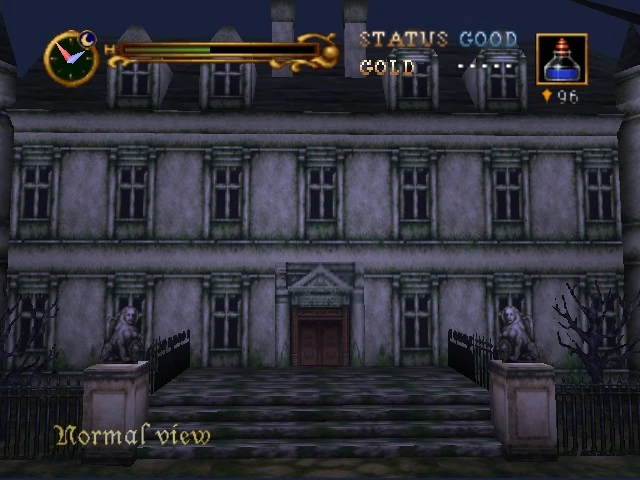 When making your way across these wonderful lands, we recommend planning regular stops at some of the more famous bed and breakfast establishments the region has to offer. "The Villa", founded by the Oldrey in the lat 1700s, is built on a lovel location overlooking a wonderfully curated garden. The manor itself is finely decorated, and the hosts are always available to give you a bite... to eat.

As you explore the grounds, we recommend checking out the hedge maze as well as the entrances to the catacombs beneath the lands. It really is quite a sight for any tourist to see. Just, as a recommendation, do not interupt the groundskeeper while he works. He's an artist, but is prone to fits of pique. It's better to let him do his work in peace. Better, perhaps, to visit the indoor gardens which have a lovely patch of roses, although the girl that works there is also a bit... odd. Lovely roses, though.

First featured in Castlevania for the Nintendo 64, the villa is the first major set-piece heroes Reinhardt Schneider and Carrie Fernandez find along their path into Castle Dracula proper. Although the early stages were pretty basic -- an opening area and a section of walls -- the Villa is the first time the heroes not only perform combat action but also exploration, adventure, and even interaction with non-player characters (NPCs). 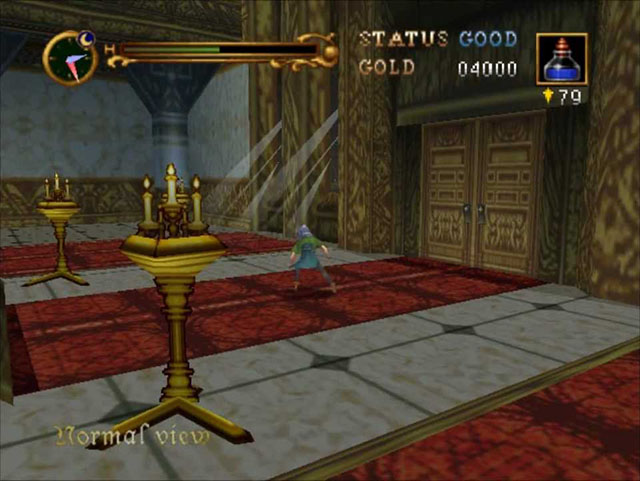 In fact, it's fair to say that this area sets the tone for many of the stages to come later in the game as the Villa feels, in many ways, like Dracula's castle in minature. It has a carpeted front hall that mimics the Grand Hallway of Dracula's abode, along with a courtyard, two gardens (both inner and outer), and a linkage to the catacombs beyond. At the same time, much of the Villa is initially locked, forcing the heroes to go back and forth across the inner and outer portions of the grounds, looking for keys so they can unlock more rooms and progress further on their quest. These kinds of fetch quests would become more necessary later in the game (in the Castle Center, for example), provng to be a meaty part of this 3D adventure.

It's also notable for being one of the few locations on the grounds of Castle Dracula to have its own backstory. Built (or, at least, taken over) buy the Oldrey family, the Villa sat as the family's home until Dracula's castle reformed and the mosters of the lands spread out once more. The lord, Master Oldrey, was made into a vampire and killed his wife. He would have killed his son, Henry, too, were it not for the intervenion of another hero, Cornell. All of this is played out across two games -- the aforementioned Castlevania 64 and prequel/director's cut Legacy of Darkness, with various characters you meet and interacte with filling you in, over time, on the story of the manor.

Sadly, after showing up again in prequel Legacy of Darkness, this location vanished from future entries in the series. That is likely, in part, due to the fact that series producer Koji Igarashi (IGA) eventually culled certain titles from the series chronology (specifically titles he didn't work on after Castlevania: Symphony of the Night, putting the Villa, and the two titles that featured it, into a nebulous state in the series. Without these games to anchor it, the Villa itself was discarded from the grounds of the castle.