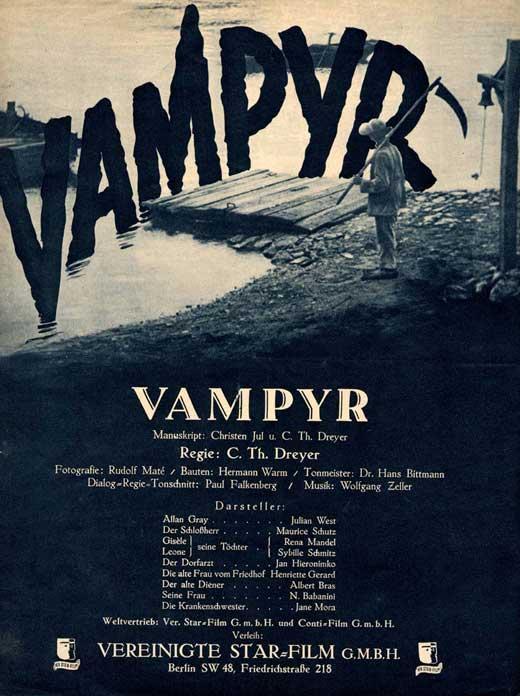 Young Allan Grey is on a holiday, exploring the countryside around the small village of Courtempierre. He's described as a student of the occult in the movie, and shows a curiosity for the strange happenings going on around him. One night he ventures out to a creepy building where he sees weird, shadowy beings and hears strange noises. Following the shadow creatures further, he's lead to a manor house. Within, the family see troubles as their elder daughter is suffering a malady. Soon after Gray's arrival, the Lord of the Manor is mysteriously shot (although, thankfully, no one blames the young gentleman).

As we realize it, the Lord of the Manor had visited the young man earlier, at his hotel, under strange circumstances, and had given Gray a book only to be opened upon the Lord's death. After the body of the Lord is taken away, gray begins to read from the book, which is about vampires. We soon learn that the eldest daughter, Lêone, is likely under the sway of an evil vampiress. Gray starts having visions, disturbing events begin happening, and it all ties back to the book. Can the souls of the girls be saved, or is everything already too late?

Ostensibly, Vampyr is based on the Sheridan Le Fanu novella Carmilla, although you'd be hard-pressed to find much connection between the two works. Yes, the young girls are being preyed upon by a vampire, and yes that vampire is a woman, but those details are all the stories share in common. Heck, the main protagonist of the film isn't even a woman while the novella is told from the perspective of a teenage girl being preyed upon by the seemingly-young Carmilla. So while the film says it's based upon the novella, don't look to hard for real connections.

Still, if you ignore Hard to detect Carmilla basis, there's a lot to appreciate about Vampyr. Filmed in 1932 by Danish director Carl Theodor Dreyer, the movie straddles the lines between silent film and the talkies era to follow. There isn't a lot of dialogue, with much of the story and background told with interstitial text. This was partly done so that the film could be made in multiple languages (German, French, and English), and keeping the story to text filler allowed for easier editing of the differing versions. Keeping the dialogue minimal allows the musical score to take over, giving the movie an orchestral momentum. Had there been a lot of dialogue, the threadbare story would have dragged down the plot, making everything feel slower than it is (a flaw many other horror movies of the era tend to have). 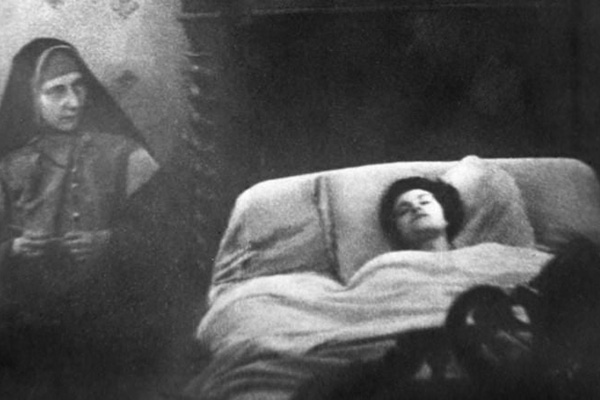 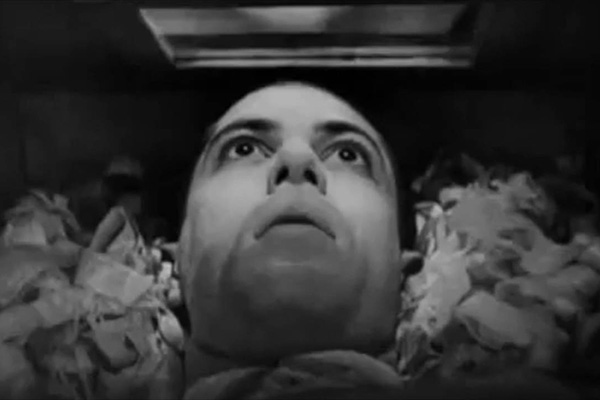 What the music also does, though, is complement the ethereal, dream-like feeling of the movie. There are long stretches where, due to the weird effects and strange camera angles, you're never really sure if what you're seeing is real or an illusion. Alan sees ghosts, hears noises and voices, and even has a long (probable) dream sequence where he witnesses his own burial. What was real is a question constantly being asked by the movie, and then the answer it provides seem to indicate all of it and none of it all at the same time.

Special attention does need to be paid to the special effects in the movie. While a fairly old movie, the director managed to do a lot with the technology of the time. Strange lighting allowed him to create shadows of creatures we couldn't see (and had to assume weren't really there). Super-imposed editing allowed for character to appear as ghosts or apparitions, lending their own kind of horror to the proceedings. And much was done with the filming style to create a sense of dread and worry throughout the movie.

Even when the film isn't pushing the dream-like state, it's still very well shot. There are long tracking shots, low-angle close-ups, and quick pans and zooms, all techniques we expect in horror movies now but were really uncommon for the era. if it weren't for the film grain and dirt (a problem that's hard to avoid with films this old, and this despite my watching the Criterion BluRay of the film) you'd be hard pressed to say the film was anywhere near as old as it is.

For cinephiles, this movie has so much to offer. It's an early stepping stone for the genre that showed the techniques many other directors would eventually take with their own productions, a finely crafted film that acts as a show-piece for future horror cinema. Even if you aren't a film junkie and you just want to watch an older horror film, this is a great one to start with. The sense of dread it layers on every scene, the strangeness and the ethereal qualities, it all adds up to a great piece of film making years before its time. Check it out and enjoy a really strange, yet compelling, piece of early cinema.