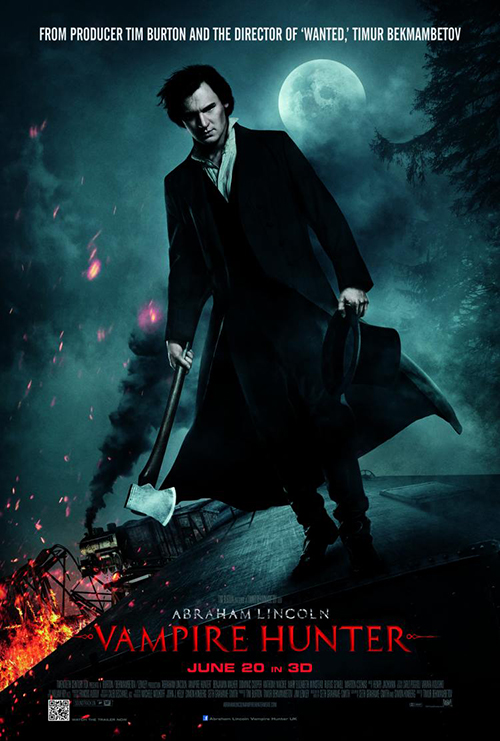 When Seth Grahame-Smith wrote Pride and Prejudice and Zombies (see the review of the 2016 film), many thought it was an interesting lark but didn't see how that novel could be stretched into an entire genre of novels. Other people tried their hand (I recall seeing both Sense and Sensibility and Seamonsters and Android Karenina at different points, but never bothered reading them), but Grahame-Smith was considered the one guy that could pull off the feat with any aplomb.

After his Jane Austen (with monsters) novel, the author turned is attention to another genre mash-up he could perform, this time inserting monsters into a biographical text. The result, based on various biographical sources about the 16th U.S. President, was Abraham Lincoln: Vampire Hunter, and novel that, quite naturally posits "what if Abraham Lincoln was secretly also a stalker of the undead." That novel was another smash success and lead to Fox promptly snatching up the rights to create the movie.

The biggest and smartest move the production team made for this movie was putting Timur Bekmembetov in the director's seat. The Russian director, known for fantasy horror films Night Watch and Day Watch, has a very specific style. In a way I'd liken him to Zack Snyder in that regard as they both share a love to stylistic slo-mo, but Bekmembetov knows how to insert characters into his work, to give the quieter moments space to breathe without trying to make everything a riff on an action sequence. This allows the film to be both utterly stylish without ever losing sight of lead character Lincoln.

It's amusing, really, to watch a film about Lincoln as a vampire hunter as it's just an utterly bonkers idea. The film, though, quickly gets you settled into the idea, making it a natural part of the story and told with just the right level of seriousness that, within minutes of laughing at the concept you're riding along as Lincoln slays vampires on the regular. It's a feat, really, as the film tries to have it both ways -- as a straight period piece but also as a fantasy adventure action film -- and somehow, for the most part, the film rides that razor's edge just so. 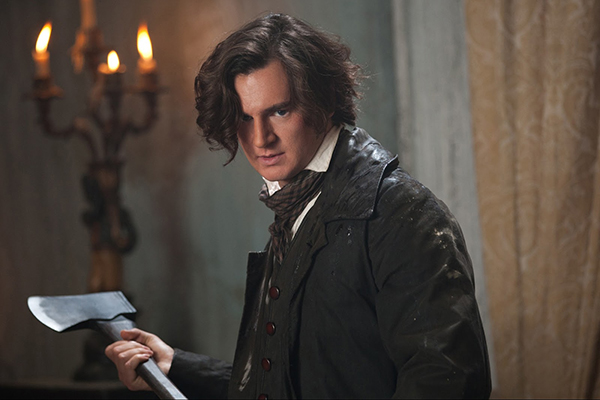 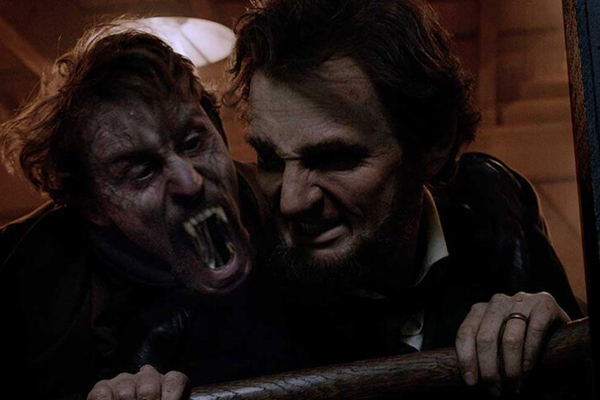 As far as Lincoln is concerned, we follow his entire life, from the days as a boy, helping his father at the docks of a plantation, watching as they get savagely killed by the plantation owner, Jack Barts (Martin Csokas), who also happens to be a vampire. Lincoln grows up wanting nothing more than to get his revenge on Barts and, once he's of age (and played by Benjamin Walker), he goes after Barts... and nearly gets his ass kicked. Eventually Lincoln catches the eye of Henry Sturgess, a man who shares a similar hatred of vampires, and the two train together to turn Lincoln into a vampire hunting machine.

Moving to Springfield, ostensibly so he can study the law and settle into a new life, Lincoln is really there to take the missions Sturgess gives him, clearing out the ranks the undead from this Illinois city. He meets a girl, Mary Todd (Mary Elizabeth Winstead) and strikes up a courtship, all while continuing his studies and his vampire hunting, too. As the ranks of the dead get depleted, this attracts the attention of vampire leader Adam (Rufus Sewell), and soon the vampires are coming for now-Senator Lincoln, his wife, and (once he wins the Presidency) his children. The vampires want to start a war and take the South to build a "country for vampires", but Lincoln won't have any of it. He grabs up his axe, hatches a plan, and gets ready to take the war to the vampires.

Again, I love how serious this film is, all while presenting the utterly ridiculous as if it were a part of American history. Stitching the vampires on top of the South might be an easy convenience, but it does also equate the Souther slave-owners to leeches feeding off their "herd", and that has all kinds of connotations that make the satire of it that much more biting. It also allows the film to posit the Civil War as a battle for the freedom of "all humanity", which does feel like something Lincoln, vampire hunter or not, would have agreed with.

The cast is filled with great stars all having fun being in on the joke while still playing it straight. Credit is due to both Walker and Winstead for finding the chemistry, and the depth, to play a courtship, a long term relationship, and grieving sadness (when one of their children dies to the vampires) all in the span of this film. And they're surrounded with character actors like Sewell, Anthony Mackie, Dominic Cooper, Jimmi Simpson, and Alan Tudyk, giving this film enough acting clout to sell even the silliest of sequences. 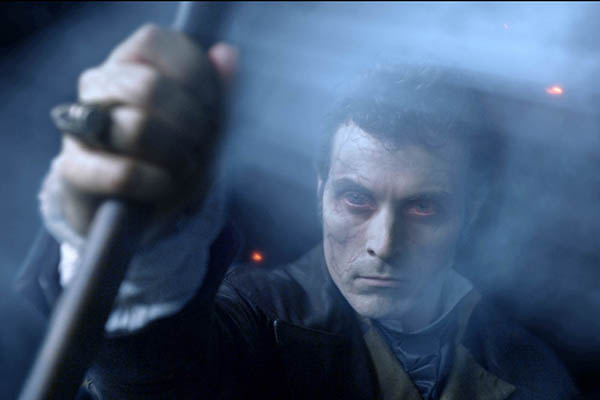 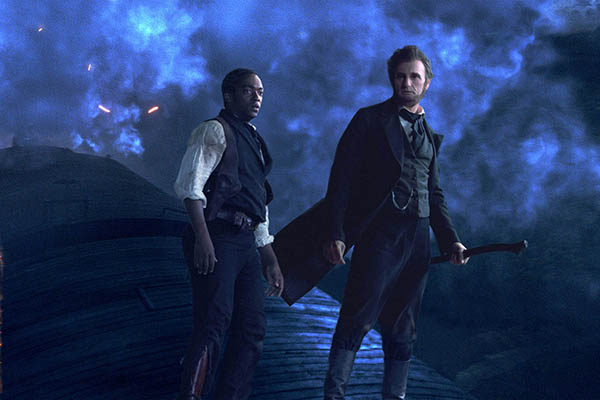 Make no mistake, it is a very silly movie if you think about it at all. But it is, also, stylishly told, with enough action to win any fantasy horror fan. It has a sharp eye, with a flair for blood, violence, and effects, all thanks to the director, and it moves at a quick and steady clip, very rarely getting bogged down and stuck in the mud when the film absolutely has to fly to keep the audience's attention. It may dress up as a period piece but Abraham Lincoln: Vampire Hunter is a fast and sleek action film at its core and the film stays true to that no matter what narrative directions the story takes.

This isn't high cinema, but film is great at being a blast to watch. There are better vampire films out there, more serious, more sensible, more reserved. But then you have Abraham Lincoln: Vampire Hunter, and utter bonkers lark of the film that puts the 16th President up as an action hero for the ages, only to then pull off that feat. That automatically makes it a great film by any standard you might have.