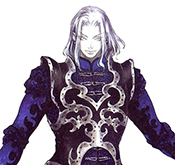 Ever since the the publication of Castlevania: Symphony of the Night, it's been a kind of tradition to include secret characters the players could take through the game once they'd finished the main story. These characters didn't often have any special plotlines, and were usually a kind of "hard mode", glass-cannon style characters to use for a fun lark once in a while (or, if you're speedrunners, something you'll dedicate months to).

For Lament of Innocence, Konami included two special characters, one of whom had the status as the only playable villain in the series (up until the publication of Castlevania: Judgment (and even there, the playable villains aren't the true villains of the game, so that is arguable). A tragic anti-hero, Joachim proved to be an interesting character for fans to latch onto, one who played very differently from the main heroes of the series. Of course, he was also a pretty, blond vampire (shades of Alucard), which probably helped his status as well.

Before Leon's adventure through the dark and evil castle (which may or may not have been Dracula's castle for reason we don't really feel like going into yet again), another figure once stalked the halls of Walter Bernhard's fortress in search of the dark master. The man was Joachim Armster, and unlike other heroes to eventually wander the vampire-infested halls, he wasn't there for the sake of goodness and light. Lured to the castle by Walter with the promise of power and enteral life, Walter made Joachim into one of his vampire subjects. 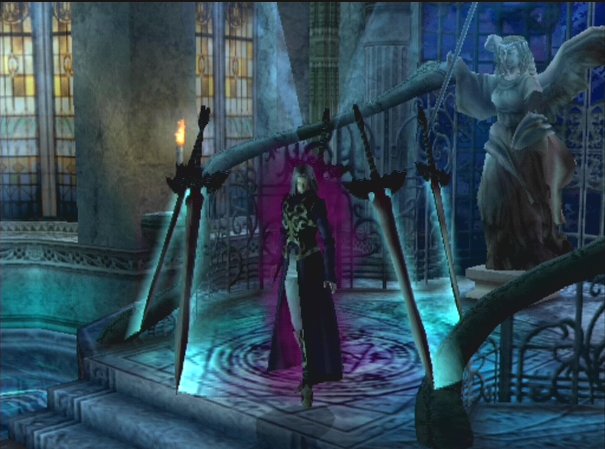 While Joachim reveled in the power, he wasn't thrilled to live under the thumb of a lord. He struck out against Walter, but the vampire lord proved too powerful for our young vampiric anti-hero. Walter laughed at Joachim's attempts to steal the power of the Ebony Stone (a powerful relic that imbued Walter with dark magic and strength). Much like he later would with heroes at his fortress, Walter elected to play with the sad vampire instead of killing him. He trapped Joachim in deep caverns, sealing the vampire away from blood, driving the vampire mad with hunger. He knew that any heroes that came through the castle would have to fight Joachim to get the fortress key the vampire guarded, and the starvation-mad ghoul would kill and feast on all he faced.

Except, in the end, that's not really how it worked out. Leon Belmont, on his own quest to defeat Walter, faced off with Joachim. Instead of becoming so much vampire food, Leon defeated the vampire, sending his soul to its eternal rest. he then took the key and went on to show Walter what-for.

Although Joachim dies in the main game, you can play as him in "Joachim Mode". The implication is that this is Joachim's quest to defeat Walter soon after Joachim first became a vampire (since, otherwise, how would he be able to go on this adventure). If Joachim is successfull and beats the game, his ending shows his as the new lord of the castle. Of course, that's not an in-continuity ending, but it is a nice little finish for this fun little play mode.

Joachim is very much a glass cannon. Physically weak and unable to heal himself, he relies on his powerful magics and attacks to clear out the forces against him. He controlls floating blades (designed to look like the flying sword enemies from other games in the series) that he can throw out to devastate foes. Like Leon, he can also collect orbs for cobination attacks, dealing further damage.

of course, his mode is very difficult. As note, Joachim cannot carry healing items, meaning a player has to really avoid all damage to have to best chance to survive. Any damage Joachim takes is devastating, so only skilled players will be able to take on the challenge of this game mode.