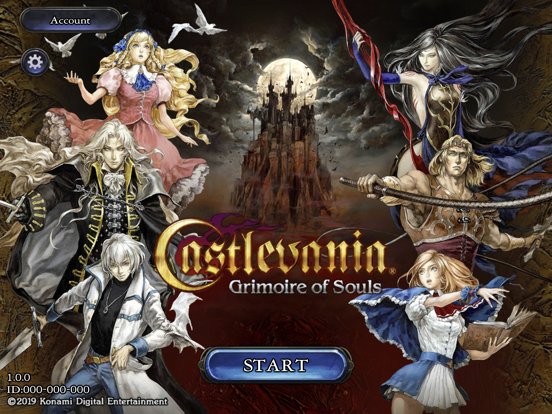 Just when we thought the Castlevania series was dead and gone, a footnote that ended with the Lords of Shadow series and left shambling like a pachinko-zombie, Konami goes and surprises us with the announcement of a new game in the classic series.

Well, okay, for those of us outside Canada (of all places) there isn't much yet that we get to play -- the global release of the game is still, as of yet, TBD -- but we do know much more about the game than before. The title is, in essence, a sequel of sorts to Castlevania: Harmony of Despair, wherein various characters from Castlevania history are sucked into various evil books (the titular Grimoires) so they can battle monsters and save the world.

Like Harmony, Grimoire is told in chapters, each comprised of a section of a familiar Castlevania level. Character can combine into teams (up to four players) ane xplore the level, fighting mosters and gaining power-ups and levels, all so they can then take on the area boss and win the match. Do well and you'll gain benefits. Or, you could just pay money (via micro-transactions) so you can get ahead.

As a mobile game, Grimoire likely speaks to the future of the Castlevania series. Konami has made it clear that they're really only interested in making mobile games and pachinko arcade titles. While Grimoire of Souls may not the be the Castlevania most of us hoped for (I liked Castlevania: Harmony of Despair and even I was hoping for something different for the return to the classic series), but it may be the best we get for some time.

The Story of Grimore of Souls:

Castlevania: Grimore of Souls has so far only been released on Canada, and even then it's still not complete, releasing chapters one at a time. As such, with an incomplete story, we can't yet detail the true storyline of the game. Once we can, this section will be updated.

Castlevania: Grimore of Souls is not out yet in most locations. When it finally comes out in a form we can properly play we'll get a review up for it.