If you're looking for a beautiful sight to behold there is no better play to look out from than the mountains of the Borgo Pass. Dracula's realm spans not only many miles out from his castle but also several thousands of feet up as well. The mountains of the realm are one of its most distinctive features, as well as being among its most beautiful.

The craggy peaks of the realm are a sight, to be sure, but do beware. There are many foul monsters that make their home among the rocks. Be prepared to have your heart stopped by the beauty of the mountains but also by any number of attacks that may befall your person. If you survive, though, you will have been one of the few to truly see how breathtaking the mountains can be.

Although often glimpsed in the distances of other stages in the Castlevania series, there are few stags that actually take place in and around the mountains themselves. Caverns and caves are a common feature in the series, but the mountains and cliff-side passes don't feature anywhere near as heavily.

The first stage to ever take its heroes through the mountains themselves was the Morbid Mountains, Stage 7 of Route 12 in Castlevania III: Dracula's Curse. Starting off in the lowest sections of the mountains (sometimes referred to as the mines), the stage winds its way through an underground watery section before moving upwards through the cliffs of the mountain, all before rising into a fortified, constructed are leading towards Castle Dracula. At the top the heroes will face against a trio of bosses: the Mummies, Cyclops, and Demon, all fought back-to-back-to-back. 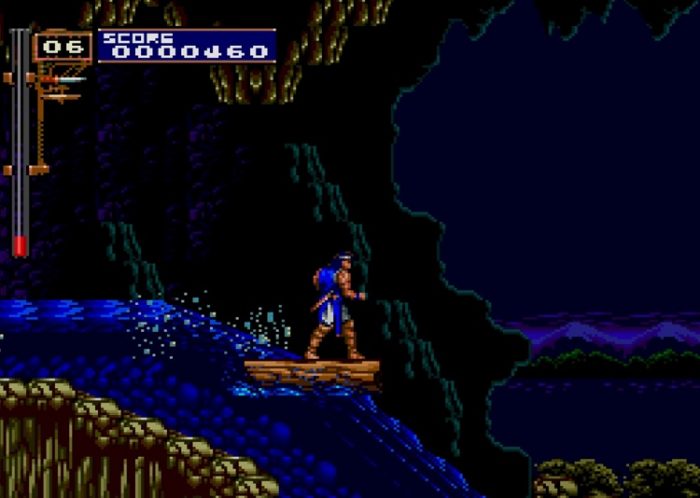 When next we traveled into the mountains it was as part of the alternate fourth stage in Castlevania Dracula X: Rondo of Blood, the Fortress of the Water Demon. Here the main path would take the heroes through the forested crags of the mountains, past cliffs and through a watery section (replete with waterfalls). Following this main path would lead the heroes into a battle against Dullahan, the headless knight. Meanwhile, a secret path down one of the pits in the forest would find the heroes sliding down the side of the mountain along a river pass, leading into a lower area with a battle against Carmilla.

Depending on how far you think the grounds of Castle Dracula may extend, a couple of other mountainous areas could be included. In Castlevania: Curse of Darkness hero Hector had to travel into the Baljhet Mountains where you'll find not only a shop run by Julia Laforeze but also a long passage of challenges, from the eastern pass (guarded by another Cyclops) to the fortress in the mountains, the waterfalls cascading down from the jagged peaks, and then those peaks themselves where a battle with the Wyvern would mark the end of this section.

Following that, Castlevania: Order of Ecclesia featured two areas that were quite mountainous. The first, the appropriately named Tymeo Mountains, is one of the largest stages in that game, featuring a long section of mountainous regions to explore, along with plenty of caverns below. It's primary feature is a great crevasse in the middle, a gap too wide to navigate the first time the heroine, Shanoa, arrives on the scene. To get the best ending, and save the Belmont descendant Marcel from the trap he's in, Shanoa has to come back later with he necessary means (glyphs) to scale the gap and reach the other side.

There is also the Tristis Pass in Order of Ecclesia, another mountainous pass reached later in this game. This section features its own higher areas along with caverns below, a waterfall, and ice-covered caves as well. There are also a number of quest items to collect in this area assuming you're going for a full completion run of the game.

The Fortress of the Water Demon, mountain section, in Castlevania Dracula X: Rondo of Blood