What We Do In the Shadows 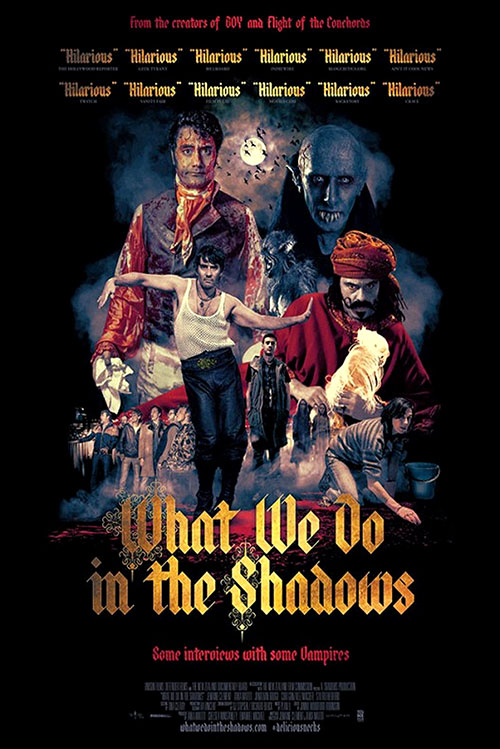 Vampire comedy is hard to pull off. Vampires are horror creatures and many of their ticks and traits are designed to be scary. Of course, what makes them scary could also make this silly if done in the right context but finding that right context can be difficulty. Push it too far and the absurdity stops being funny, it just gets dumb. Your vampires turn from creatures of the night into mugging caricatures and it stops having any of the impact you wanted. Comedy about vampires should poke fun at the situation, not be done by the vampires themselves.

This tight thread has led to a lot of only middling comedies (at best), such as the 1985 Once Bitten or Mel Brooks's bomb Dracula: Dead and Loving It. If you can find the right balance, though, then true comedy gold can be mined, and that's exactly what Jemaine Clement and Taika Waititi were able to find with their brilliant 2014 film What We Do In the Shadows, a comedy mockumentary that purports to follow the lives of vampires living in New Zealand.

The film focuses primarily on three vampires: Viago (Taika Waititi), aged 379, the dandy of the group; Vladislav the Poker (Jemaine Clement), aged 862, a former tyrant and very powerful vampire; and Deacon Brucke (Jonathan Brugh), aged 183, the "young" rebel of the crew. Together these three live in a house in Wellington, NZ, along with their 8,000 year old sire, Petyr (Ben Fransham). The story is about their trials and tribulations to make their way in a modern world that seems to have left them behind. They go out, they try to have fun, they try to hunt, and they largely flail around.

Things take a turn (largely) for the better when one of their intended victims, Nick (Cori Gonzalez-Macuer), is instead captured and turned by Petyr. Now they have a new, young vampire in their group which throws off their dynamic. At the same time, though, Nick, along with his friend Stu (Stu Rutherford), find ways to help these old vampires make it in the real world. Can these three actually update themselves to work in the modern age? Can they find happiness and everything they want in a world they barely understand? 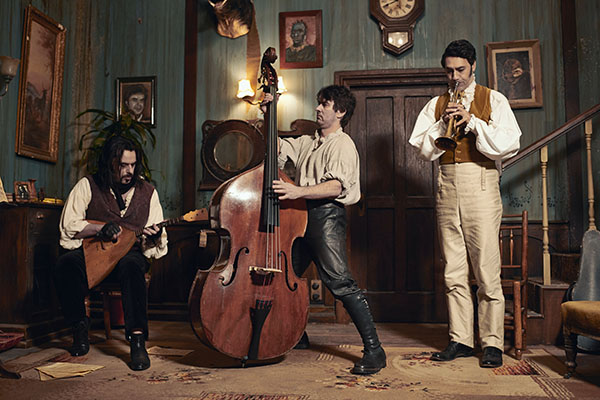 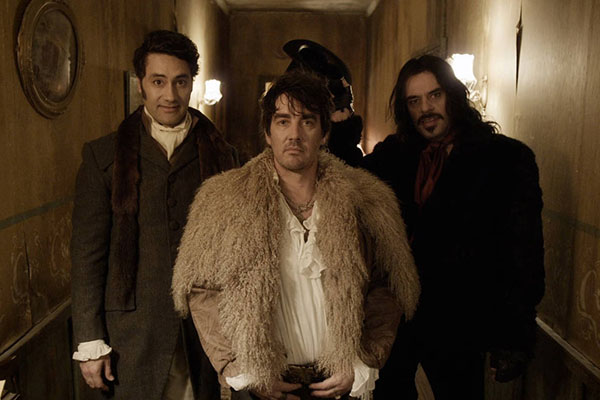 Based on a 2004 short film (also written by Clement and Waititi), What We Do In the Shadows is a brilliant skewering of vampire fiction and mythology. It finds ways to poke fun at all the absurdities of these night creatures, from how they sleep to how they eat and how they live their lives. Often that means poking gentle fun at the vampires themselves, creatures that are ancient and clearly don't understand the world they live in now. What the film never does, though, is let the vampires in on the joke.

Played straight, the film acts as a documentary of their lives. They get up, they fight over the "bloody dishes" (which are, in fact, covered in blood), and then they try to go out and live their lives (and impossible task when they have to be invited in everywhere). Most importantly, though, it treats the guys as real people, letting us into their lives to see what it's like to be this old and powerful. It makes for endearing, if clueless, leads that help to accent the humor without ever mugging for the camera.

That's a big part of why the film is so funny: it's so deadpan. When Vladislav talks about using a sharpened poker on his enemies, giving him the name "The Poker", it's an obvious send of Vlad the Impaler, a detail Vladislav is clearly oblivious to. Then, later, when he learns about Facebook and it's ability to let you "poke someone" his intrigue plays up the joke without him ever having to mug or underline it. There are so many instances of this, of the vampires just being vampires as the film catches their (intentionally) unintentional humor. It's brilliant.

Of course, the script is smart to play it as straight as it does. It's a tightrope the film walks on, that thin thread between "no broad and silly" and "not really finding humor at all". Plenty of horror movies can manage to find unintentional humor when they were supposed to be scary, but to purposefully play those beats to mine humor the right way shows the deftness of the direction and the script. It's a skillful play that I think most creatives would struggle to match and do nearly as well as these two writer / directors. 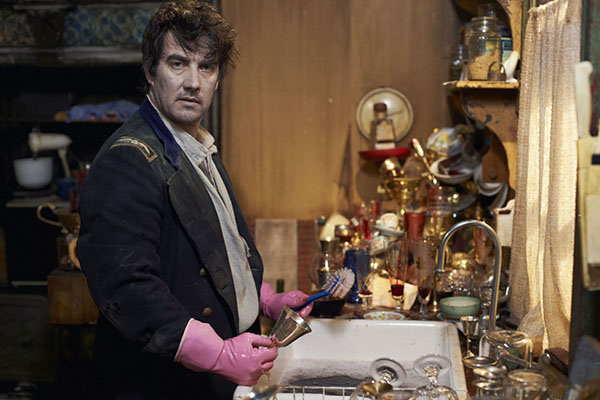 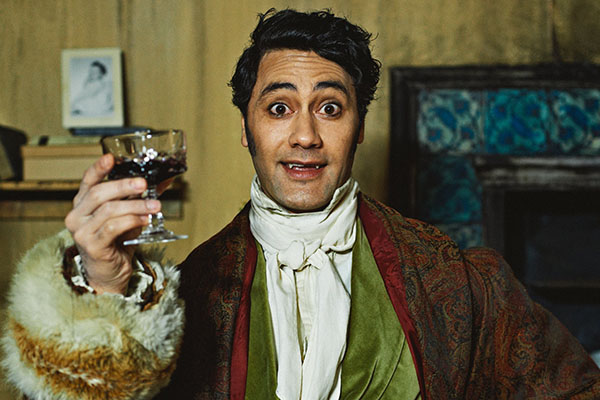 What works best about this film, though, is that despite these three guys being the protagonists of the story the film never stops them from being vampires. They're still creatures of the night that hunt and kill humans (occasionally). Sure, they're sheepish about it at times but that doesn't change who they are. The film doesn't try to give them some moral lesson like, "maybe we don't need to kill humans and drink all their blood." No, instead it treats them as documentary subjects, letting them live their lives and go on being vampire even after the film has ended. This is who they are and the movie allows us to embrace them for it.

What We Do In the Shadows sets the perfect template for vampire parody simply by grace of the fact that it doesn't really parody them at all. Instead it's their interactions in the world that create the humor. The parody comes from the audience and our expectations more than the vampires themselves. That's how you truly find humor in the lives of vampires, by just letting them be themselves.