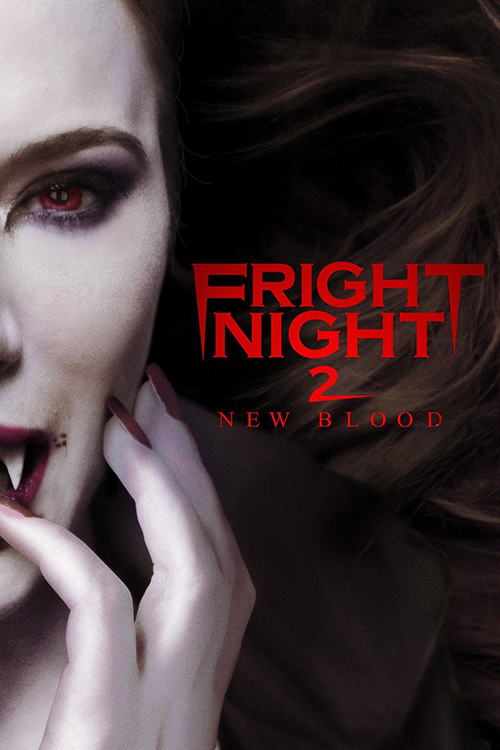 I won't lie. When this film came out I absolutely hated it. I've been upfront about that fact that I'm a huge fan of the 2011 remake of Fright Night, a film that was dark and funny and packed a lot of pretty good action (even if it overused the CGI just a bit much for its monster effects). After that film came out I (and every other fan of the film, a eight of us) desperately hoped for a sequel, but the film barely made more than its $30 Mil production budget and any hopes for a sequel were dashed.

So I was quite surprised when, later, I found a film called Fright Night 2: New Blood. They made a sequel to the little-loved 2011 film? Count me in! The trick, though, was that it wasn't a sequel. Despite the "2" at the end of the title, this was a sequel in name only. All the characters have the names of characters from the previous film (and the original, too) but this was an unrelated story that had nothing to do with anything that came before. It was basically a reboot of a reboot that someone thought would sell more if they made it seem like a sequel.

Going back and watching the film again, though, I found that my initial hate of the film wasn't entirely founded. Yes, it's not a great movie but it didn't deserve all the ire I initially threw at it. If you divorce yourself from the idea that this is in any way related to the previous Fright Nights, New Blood actually has its own charms. It's a low budget, Euro-trash vampire film, yes, but it has some fun with that and manages to crank out a decently effective little story. Plus, it's one of the better Elizabeth Bathory tales, and those are in very short supply.

Charley Brewster (Will Payne) is on the skids with his girlfriend, Amy Peterson (Sacha Parkinson). It seems a friend of hers saw Charley kissing another girl and sent Amy a picture of it, and now the two are effectively broken up. This sucks since Charley had big plans for the two of them on their semester abroad in Eastern Europe, where they were going to enjoy studying the art of culture. Now he's left all alone, with only his scuzzy best friend, "Evil" Ed (Chris Waller) to keep him company. 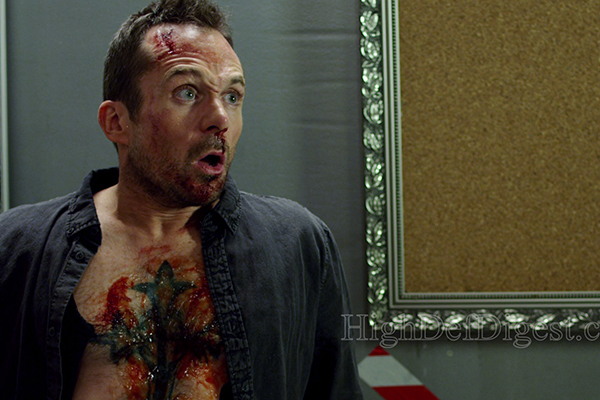 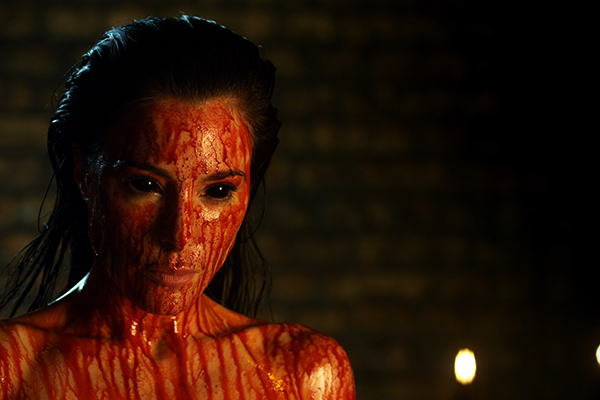 The are bigger issues than his love life, though, as it seems Charley has caught the eye of a vampiress, Gerri Dandridge (Jaime Murray). Time and again Charley ends up crossing paths with Gerri, each time right as she's about to kill someone. Soon, Charley starts to wonder if the vampiress is toying with him. That's when he and Ed enlist the aid of a TV ghost hunter, Peter Vincent (Sean Power). They figure if they can convince Peter that there's a real vampire around, Peter will know what to do (since he fights vampires). The trick is that this vampiress is really Elizabeth Bathory, a vampire that has lived for a very long time, and she has a lot of tricks at her disposal to stop this gang of would-be-hunters from taking her down.

Credit where it's due, this film at least tries to come up with a new story for Charley and his gang. It's not just another rehash of the same material we've seen time and again, sold by the fact that this vampire is actually one from history, unlike all the Jerry Dandridges that have come before. Giving the film a connection to history actually works in this context, especially since it tries to play the Bathory connection straight. She's an ages-old vampire, very powerful, and very scary.

Of course, the fact that this is an Elizabeth Bathory story is as much a weakness as it is a strength since this film feels very far removed from the Fright Nights that have come before. Instead of a horror/comedy with a nice balance of the two elements and a bit of small town charm juxtaposed against a vampire tale, this is just a straight vampire horror film. It works for what it is, but it doesn't really feel like Fright Night at all.

It's also not really all that deep a movie in general. The fact that Charley keeps accidentally stumbling on Gerri, over and over again, takes away any need for plot or story. Instead of a slow build towards the vampire action, Charley quickly learns what's going on and it's not much longer that Ed, already a fan of vampires in general, signs on to this weird little crusade. And then it's on to the vampire action, a lot of stuff about Bathory trying to break her curse, and then the film ends with her dead... somehow. It's all a bit muddled really and the film really rushes the ending just so we can have a happily ever after. Like, I don't hate what the film wanted to do but it doesn't have enough of a story to pull it off. 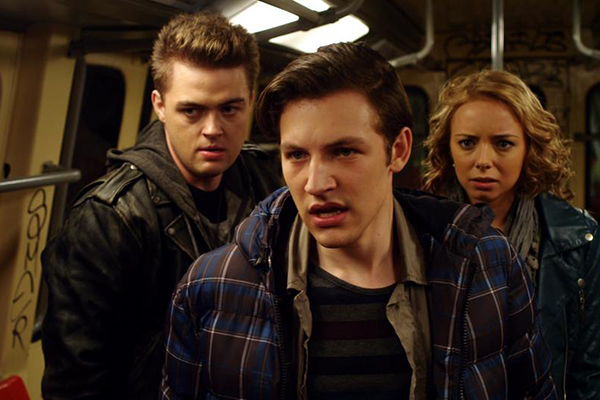 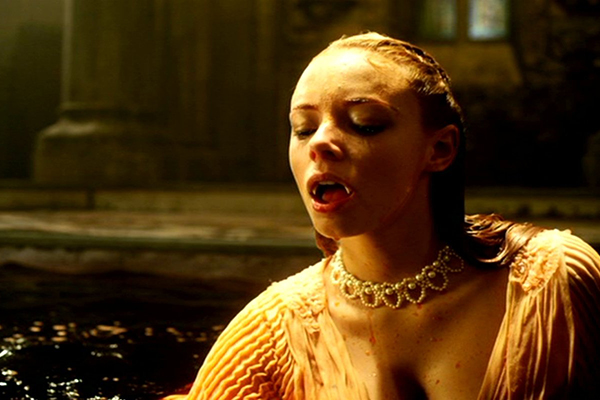 The one thing I really did like, though, was Bathory (or Dandridge, or whatever you want to call her). She's a pretty slick looking vampire, one that can go from human to demonic quickly. They also give her some pretty slick, horror-movie style powers, like hypnotic eyes and sexual bite, being able to control her shadows to kill people, and bat-like sonar tracking. The film does not skimp on trying to make Gerri a convincingly bad-ass vampiress, and I can really respect that.

Unfortunately the special effects used for her attacks don't always work. This is especially the case with the bat-sonar, where the film depicts this with a lot of strobing lights. All those flashing, pulsing lights was painful to watch, and I don't even have epilepsy. I can't imagine what would happen if someone with that disorder tried to watch the climax of this film, I just know it would be terrible for them. Not a good choice there, movie.

Still, on the whole this wasn't a bad little movie. It's decent for what it does, and thanks to the relative dearth of solid Bathory films, this movie ends up one of the best in that lady's canon. What hobbles it, though, is the one reason I bothered paying attention to it at all: it's name. If it wasn't a Fright Night film I wouldn't spend to long debating back-and-forth about it. But then, if it didn't have that name, would anyone have bothered watching it? I kind of doubt it as, on it's own, is not that great a film.