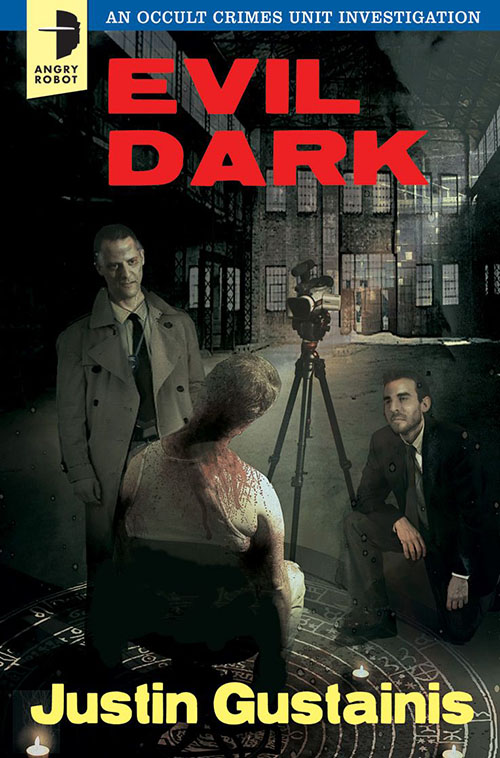 There was that whole conversation I had in the last review for this series, opening novel Hard Spell, where I commented that this series reminded me, in a way, of the "Anita Blake, Vampire Hunter" novels. Both feature quippy heroes that narrate their own stories, giving you an idea of what's going on in their heads from the first-person limited perspective. It works in some regards, and with a nicely fleshed out world, that can lead to a rich characterization that also fleshes out the setting. It has potential, when done right.

The issue I had with the "Anita Blake" series, primarily, is that the author of those novels, Laurel K. Hamilton, fell in love with her own character and started down a path where the character gained more and more power while becoming less and less relatable... and then descended into sex fantasies about every hunk guy around Blake, making the books nigh unreadable (at least if you're not a bored house-spouse looking to slightly dressed-up porn). While this second book in the "Occult Crimes" series from Justin Gustainis doesn't quite hit that level of awful writing, it is starting to trend that way, and that puts up all kinds of warning flags for me.

The first book in the series spent a lot of time on not only the characters, letting us into the head of Detective Stan Markowski and, to a lesser extent, his partner Karl Renfer, but it also worked hard to flesh out its world. The entire first part of the book went over the history of this version of Earth, tells us about the rise of supernatural beings in the public eye and then settling us into the Scranton, PA (where the books take place), so we can appreciate the full context of the setting. That novel did work to drop us into the world of the novel, and then regularly spent time ensuring we understood what was going on.

Most of that, sadly, is dropped in this novel. Instead of taking its time to keep the readers engaged, this second novel, Evil Dark, rushes through all the details. It drops us into the middle of a case but barely gives us anyone, hero or villain, to latch onto so the case itself barely registers. Instead of taking the time to properly flesh out characters -- even the main characters around Stan like his partner Karl, or his daughter Christine -- it keeps everything hyper focused on a case that's pulpy in design but barely registers as an actual threat. That leaves everything and everyone outside of Stan as little more the cyphers, ideas raised but then never explored so the book ends up feeling flat. Oh, and then the very end of the book completely demolishes all good will.

In the novel, Stan and Karl get assigned to a case revolving around snuff films -- specifically films where two people are strapped naked to chairs, one of which is then possessed by a demon and made to kill, in horrific fashion, the other person. The FBI has been tracking a series of tapes that had bee circulating, all of which seemed to come from the Scranton, PA, area. That put the case directly in the hands of the Scranton P.D., and Stan and Karl were the two assigned to work with the FBI. Two agents from the bureau joined the case, but this wasn't the only item of Markowski's work load. Over time a series of other grisly crimes popped up, from witches getting burned at the stake, werewolves being slaughtered, and normally people seemingly being killed by the supernatural community.

Soon enough, Stan and Karl developed a working theory about what was really going on: Helter Skelter. Apparently, and this is all they had to go off of, there was a group of "Humans First" activists (read: domestic terrorists) that wanted the supernatural community to be wiped from the Earth. The way they saw to do that was a race war between normies and supes, and their way to do that was to cause crimes that looked like both sides were fighting each other, to drum up hate and anger so the war spilled out to the rest of the community. And, somehow, this all ties back to the snuff films and then people behind them as the root cause of all this anger.

While I think the idea of a war between supernaturals and normals could be handled in an interesting way (and actually feels topically relevant now, at this time of this review, after the Trump administration), I also feel like this is a topic that's way too big for Scranton, PA. While not the smallest town in Pennsylvania, even the characters in the books consider it a pretty middle-of-nowhere location. It makes little sense to try and start a real race war in this town when there are bigger locations that would gain far more media coverage and would be more like to incite a true revolt. Sure, that's colored by seeing, in the real world, all the cop-on-bystander crimes and seeing the protests that come up after; this book doesn't understand how something like that would come about, or how to depict the reaction from the public after the fact. We have real world examples now that this novel couldn't match.

Beyond that, though, it also feels a little sleazy (and a little hokey) to tie this whole movement into Charles Mansion and his dream of "Helter Skelter". On one hand, it has that same slimy quality that Tarantino's Once Upon a Time in Hollywood... did, like it's making light of a real world hideous series of incidents. Beyond that, though, trying to revamp a past incident like the Mansion Family Murders and making it about supernatural crimes (like this novel does) leaves it all feeling weirdly flat. It's like the novel doesn't really get the point of the crimes its covering, or remaking, and that makes it lose a lot of the punch it could have otherwise had.

There's also the simple fact, though, that none of this lands because this novel is a mystery with its lead villains all cloaked under so many layers of shadow that, when they're revealed, you barely understand them at all. This was, frankly, a flaw of the first book as well, where the villain there was a vampire we never meet until the last section of the novel, once he's unmasked. The same applies here, but where in the last book we at least had a character connected to that villain, there's no real connection here (at least not one that feels at all personal). We get a villain but he's so far removed from the day-to-day action on the street that his villain never really lands. As I said above, he's a cypher, a cardboard standee designed to fill a role, but never a real character.

But then, that really applies to every character in the book outside of lead character Stan. Everyone outside of Stan's head, from his partner to his daughter to a potential love interest, are remain as hollow and empty at the end of the book as they did when we meet up with them at the beginning. Stan doesn't really view anyone around him as emotional beings, doesn't read their faces or really ask how they're doing. At the same time, though, none of the characters around Stan talk like real people either; they're all there to spout exposition and then let Stan get back to his job. It's weak and shallow and it means that characters that we should care about have the same level of depth as a villain we don't mean until the last section of the novel.

And then we have to talk about the ending. Over the course of the novel there are two women that Stan shows a shine to, and by the end of the story they've both helped him in some ways. Then we cut to the next morning and, somehow, he's fallen into bed with both of them at the same time. It's a ridiculous "twist" that feels like a male sexual fantasy but it doesn't actually work in the context of the Stan we know, or either of the two ladies and what little story they're given either. The author clearly loves his character and wanted him to have a three-way, any proper characterization for it be damned. Don't get me wrong, I'm all for sex in stories but it has to come from a place that actually works for the characters and this bit at the end doesn't at all.

When the author settles down and lets his voice flow naturally his writing can work. This second novel, though, shows what happens when the author loses sight of what works. His characters are shallow, his story makes twists and turns without any explanation, and any sense of a believable setting is lost in a whirlwind of events without context. I want to like these books, but where the first one showed promise this second novel falls utterly flat. That might explain, then why this series stops after the third novel, Known Devil; maybe readers grew tired of what the author had to offer.