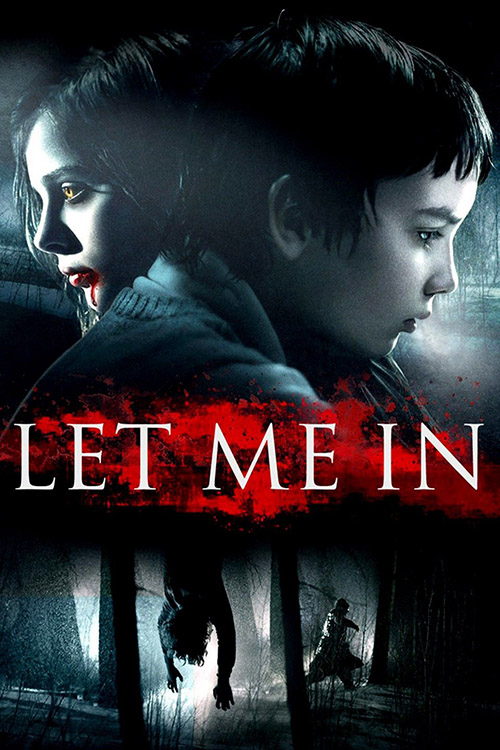 When it came out in 2008 the Swedish vampire film Let the Right One In became a darling of horror fans, even getting a fair bit of buzz among American audiences in general. That's impressive considering the film is in Swedish and most Americans would rather cut their own arm off than have to watch something with subtitles. The film performed well enough (for a low-budget foreign vampire film) and, soon enough there was talk about doing an American version of the story (again, because people here don't want to read their films).

Two years later, the American version was, indeed, released. Produced by Hammer Films (which, you would think, would make this a "British" version), the movie swaps out Swedish characters and locales for 1980s American versions -- Oskar is renamed Owen, Eli became Abby, and the film went from Stockholm to Los Alamos, New Mexico. But while these elements were changed (with, obviously, new actors in all the roles), very little else about the film was different. Despite rumors that this film would be a different take on the source novel, 2004's Let the Right One In by John Ajvide Lindqvist, the movie is essentially a shot-for-shot remake of the previous film.

If you've watched the original film then you know the basic construction of this movie. Owen (Kodi Smit-McPhee) is a young kid, a loner at school who is constantly harassed by bully Kenny (Dylan Minnette) and his gang. He spends most of his time sitting alone out in the courtyard of the apartment complex where he lives, eating candy he bought from money he stole from his mom, wishing he could get revenge on the bullies and finally be happy.

His life changes when, one day, Abby (Chloe Grace Moretz) and her "father" Thomas (Richard Jenkins) show up at the apartment complex. Abby is nice, she talks to him (which no other girls seems to want to do), and though she says she can't be friends with Owen, she keeps coming back. Over time, Owen begins to suspect there's something off about Abby -- she doesn't eat food, she's only awake at night, she never goes out in the sun, has to be invited into his apartment every time -- but she supports Owen and seems to really care about him. Unfortunately a detective (Elias Koteas) comes to the complex sniffing around about some murdered, and this causes issues for Abby. Soon Owen may be left on his own, without Abby, to deal with the bullies, which could put the young kid in very real danger if there's no one to save him. 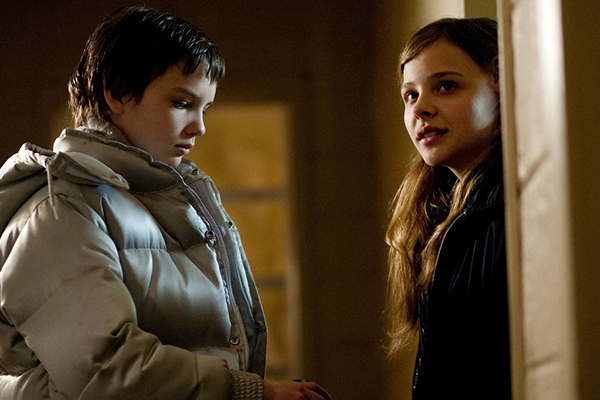 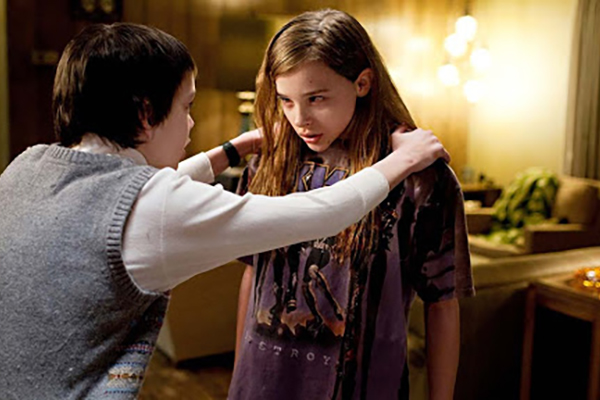 As I noted, the film is essentially a shot-for-shot remake of the original film. Yes, the actors are different this time around, but in setting, tone, and style everything feels like its been reproduced to look like the original film. Its to the point where you could probably inter-cut this film with the original, back and forth, and it wouldn't feel jarring at all. The character might look a little different between shots (owing to the different actors) but otherwise you'd be able to follow everything easily. It's that close of a remake.

That's, frankly, the biggest issue with the film for sure. If you've seen the original Let the Right One In then this 2010 remake won't hold any surprises for your at all. Everything you remember about the original film is here, often in the same context, from the same angles, with the same intent. The only thing that's really different is that the film is in English instead of Swedish, which might have pleased some viewers that hadn't seen the original film (or refused to watch it because of subtitles). But considering the film had a name that didn't necessarily convey "vampires", I don't know how many people would have gone out of their way to watch this film if they weren't already familiar with the original version, and if they were a fan of the original I don't know why they'd want to watch this film all over again.

Not to imply that this is a bad film. As directed by Matt Reeves (who worked on the second and third of the Planet of the Apes reboot series, among other films), Let Me In is a very well made little vampire film. It takes its cues from the original movie but uses those cues to tell a similarly creepy, ambient film. He gets great performances out of his actors, paces the film well, and is able to evoke the same kinds of solid emotions and themes that the original film crafted. If you haven't seen the original film then Let Me In is a fantastic choice.

And the film does change a few minor things. The biggest change, for sure, comes from moving a scene late in the timeline, with Thomas in the hospital after a failed attempt to get blood for Abby, to the start of the film. The original 2008 movie focused on Owen early on but the remake changes the mood by shifting some vampire action and drama earlier, emphasizing the horror tone more so we know what kind of film we're getting. Additionally, a detective is added to the film this time around, changing the reason why Abby feels like she has to leave Owen late in the movie -- instead of just worrying her kills are mounting up, now there's someone actively looking for her. These are big changes in the context of the film, just ways the director tweaks the movie to add a little more drama and horror. 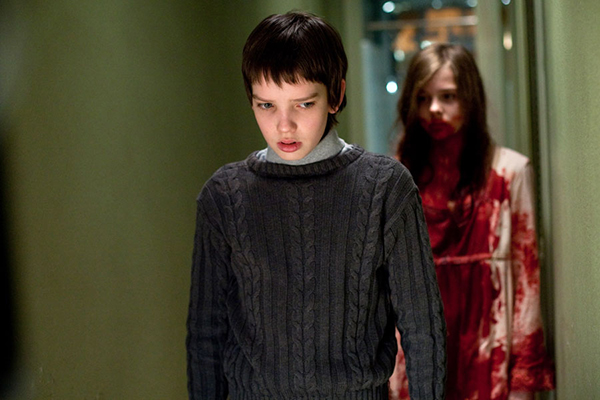 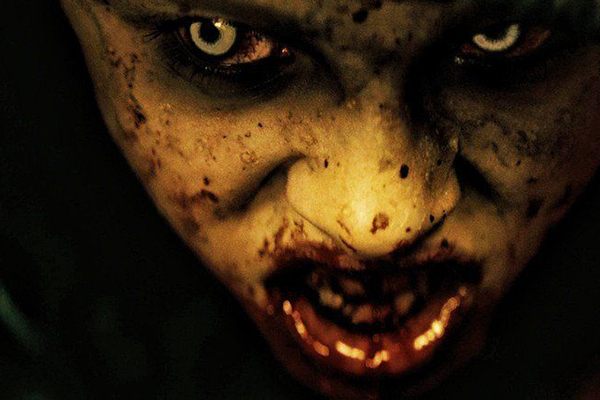 Overall, though, the film doesn't really do enough to change things or become it's own beast. If you've seen one version of the movie you've seen them both. They're equally strong, really, and I do like both versions of the movie for what they are. It just would have been nice if the American version could have done something truly new and unique with its material instead of filming the same movie all over again. It's a solid remake, a well made iteration on the exact same material, but because it is, in fact, the exact same material it feels a tad hollow by comparison. There's nothing wrong with this movie if its the only version you've ever seen, but once you know there was a second, older version out there, you might just feel a tad betrayed. With two years, and a lot more money to throw at it, couldn't they have made Let Me In something more than the same old movie all over again?